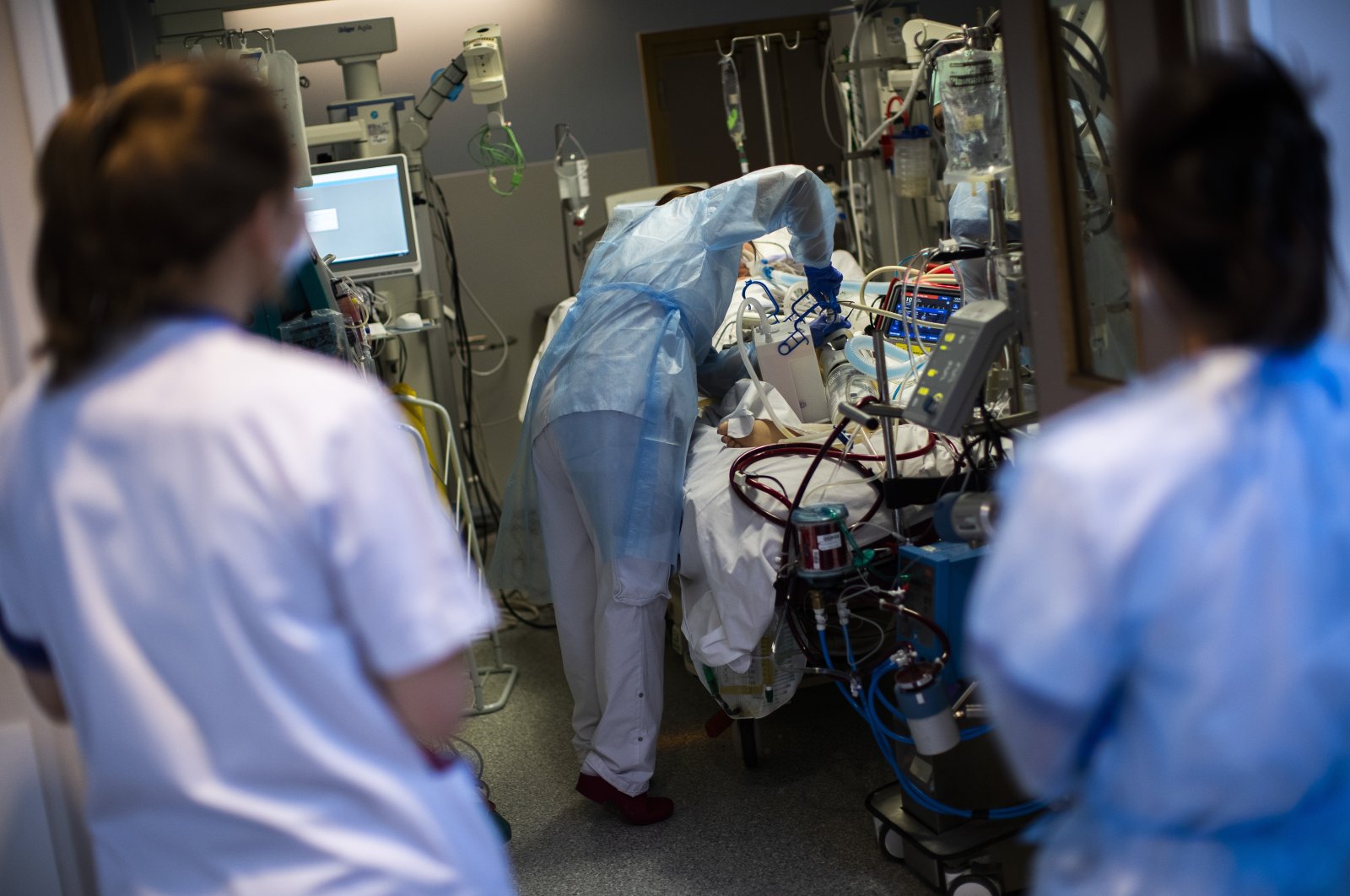 An elderly Belgian woman who was unvaccinated and died from COVID-19 in March had simultaneously contracted two variants of the coronavirus, scientists and local media said Sunday.

The case, discussed at this year's European Congress on Clinical Microbiology & Infectious Diseases (ECCMID), shows that it is possible to catch two COVID-19 variants simultaneously, the society that organized the congress said in a statement.

The society said the 90-year-old woman became sick with the alpha and beta types first identified in Britain and South Africa and her doctors said she could have contracted the infections from two different people.

The woman, who was treated at a hospital in Aalst near Brussels, had not been vaccinated, Belgium's Dutch-language public broadcaster VRT said. Belgium, like much of the European Union, faced vaccine delivery problems early in 2021 and its vaccination program started slowly, although the EU has now delivered vaccines to cover 70% of the population.

The society, citing discussions at the July 9-12 congress, said doctors believe it was the first documented case of its kind and, although rare, similar dual infections are happening.

"Both variants were circulating (in March) in Belgium," molecular biologist Anne Vankeerberghen of the OLV Hospital in Aalst said on VRT's website.

"It is therefore probable that this woman was infected by two different people with two variants of the virus. Unfortunately, we do not know how this infection happened," she said.

The European Commission, the EU executive, has warned that it expects the highly contagious delta variant of the coronavirus to become dominant in Europe this summer, citing estimates from the EU disease prevention agency.