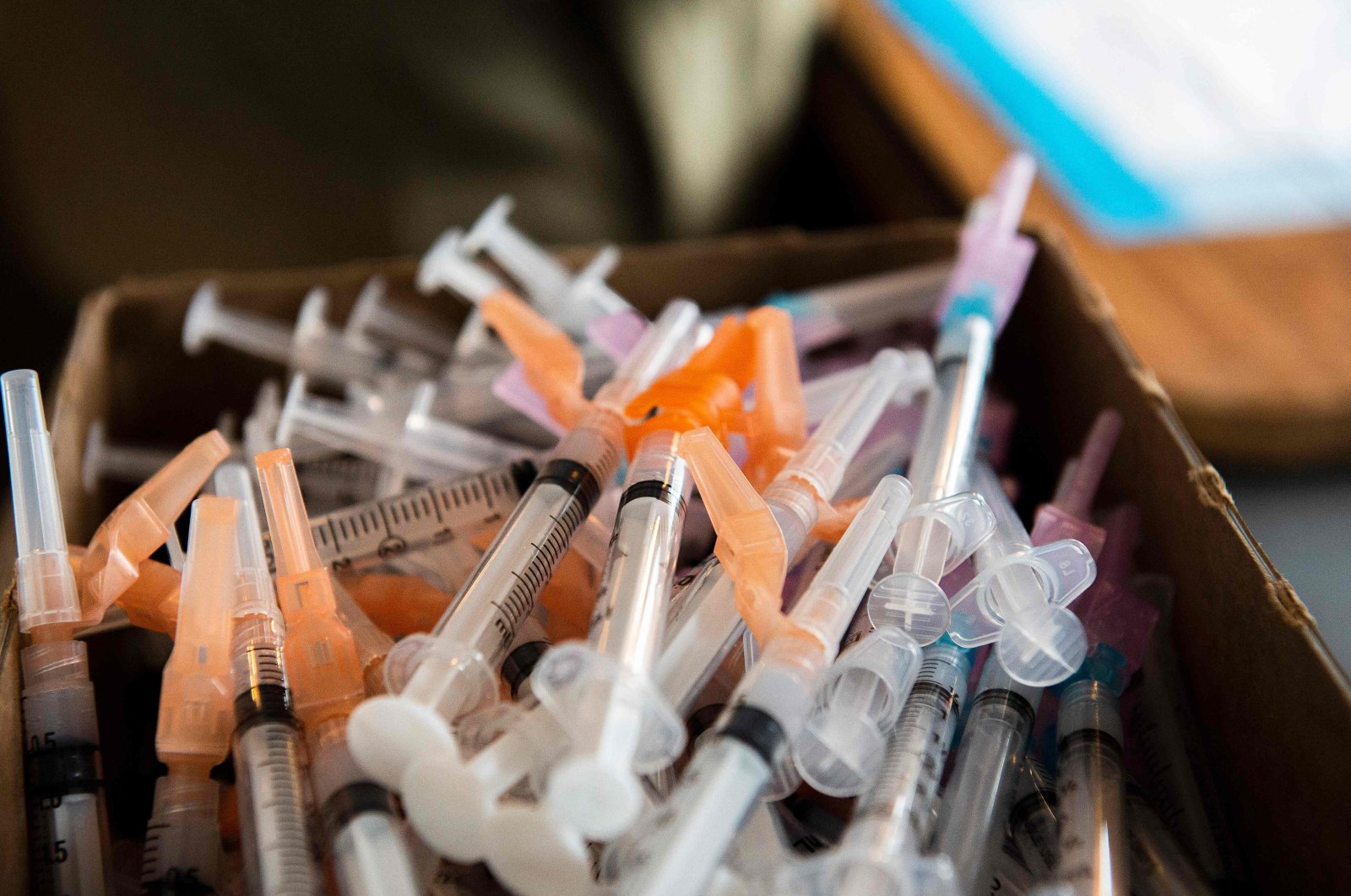 Empty injectors sit in a box waiting to be filed with Moderna's COVID-19 at a vaccination center in Londonderry, Britain, Feb. 4, 2021. (AFP Photo)
by ASSOCIATED PRESS Feb 04, 2021 9:40 pm
RECOMMENDED

British scientists on Thursday started official research into whether it is OK to receive the second dose of COVID-19 vaccine from a different manufacturer.

The vaccines being rolled out now require two shots, and people are supposed to get two doses of the same kind, weeks apart.

Guidelines in Britain and the U.S. say the vaccines aren’t interchangeable but can be mixed if the same kind isn’t available for the second dose or if it’s not known what was given for the first shot.

Participants in the government-funded study will get one shot of the AstraZeneca vaccine followed by a dose from Pfizer, or vice versa.

“This study will give us greater insight into how we can use vaccines to stay on top of this nasty disease,” said Jonathan Van Tam, the U.K.’s deputy chief medical officer.

He said that given the challenges of immunizing millions of people amid a global vaccine shortage, there would be advantages to having data that could support more “flexible” immunization campaigns.

COVID-19 vaccines all train the body to recognize the coronavirus, mostly the spike protein that coats it. The ones from AstraZeneca and Pfizer use different technologies. AstraZeneca’s uses a common cold virus to carry the spike gene into the body. Pfizer’s is made by putting a piece of genetic code called mRNA – the instructions for that spike protein – inside a little ball of fat.

The British research is scheduled to run 13 months and will also test different intervals between doses, four weeks and 12 weeks apart.

A study published this week on the Russian-made Sputnik V vaccine showed it was about 91% effective in preventing COVID-19. Some immunologists credit the fact that the vaccine uses two slightly different shots, made with similar technology to AstraZeneca’s.

But the AstraZeneca and Pfizer vaccines are “so different that it’s really hard to know if that would work,” said Alexander Edwards, an associate professor in biomedical technology at Britain’s University of Reading.

Matthew Snape, the new study’s leader at Oxford University, which helped develop the AstraZeneca vaccine, called for British volunteers over age 50 to sign up and scientists are hoping to enroll more than 800 people.

If the vaccines can be used interchangeably, “this will greatly increase the flexibility of vaccine delivery,” he said in a statement. “(It) could provide clues as to how to increase the breadth of protection against new virus strains.”

In recent weeks, Britain, the European Union and numerous other countries have been hit with vaccine supply issues as AstraZeneca said it would dramatically reduce the expected number of doses it could deliver due to manufacturing delays and Pfizer also slowed shipments while it upgraded its Belgian factory.