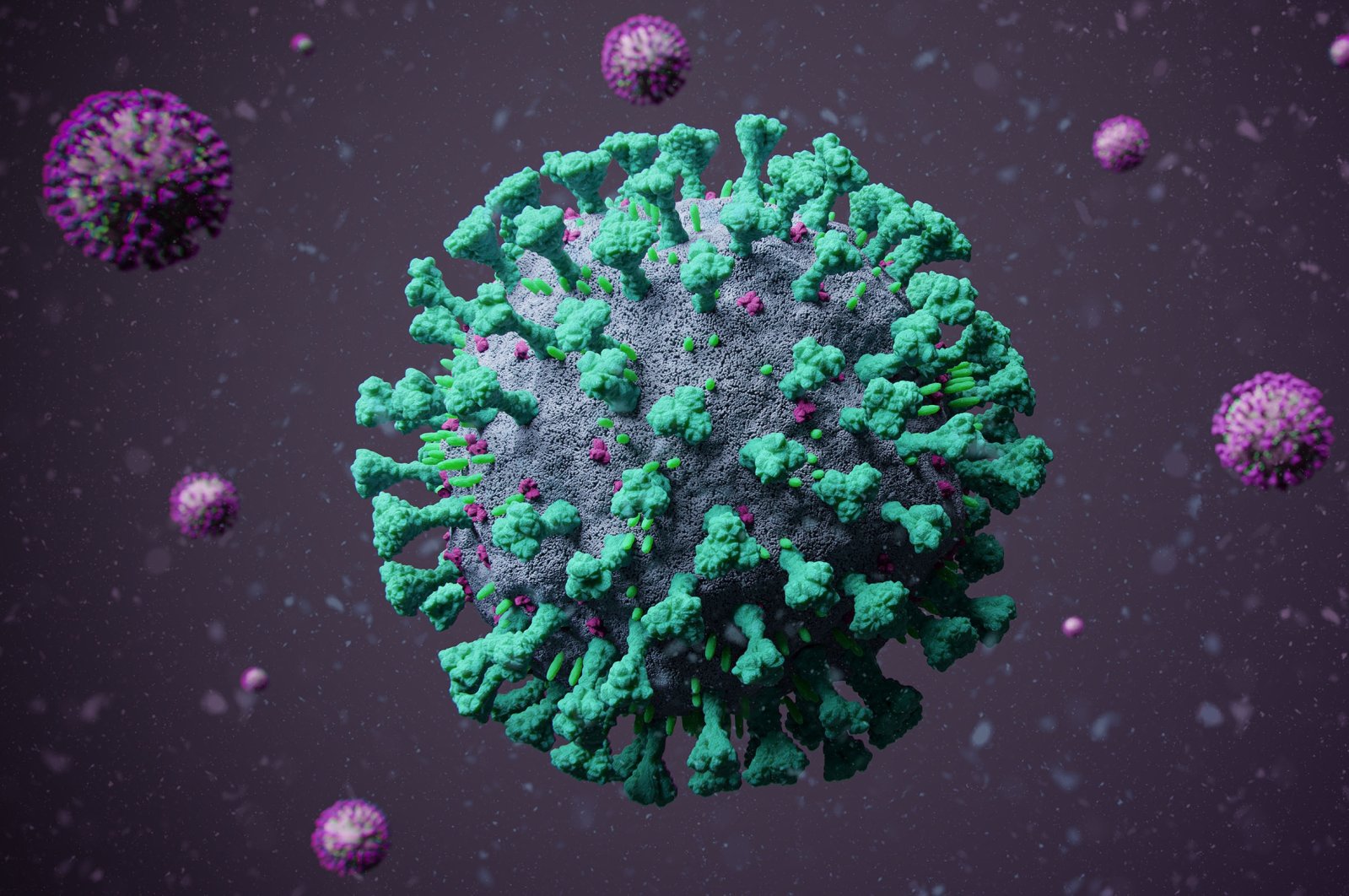 A computer illustration of COVID-19 particles binding to a cell. (Shutterstock Photo)
by Daily Sabah with DPA Feb 03, 2021 1:27 pm
RECOMMENDED

A recent study suggests that the symptoms of the coronavirus variant first detected in the U.K., known as B.1.1.7 and up to 70% more infectious than others, may be slightly different from those of the previously predominant variant.

With the world still trying to understand the mutations in the coronavirus, with several variants already surfacing in different countries, this finding comes amid international research to find vaccines and treatments for COVID-19.

According to the study by the U.K.'s Office for National Statistics (ONS), the loss of sense of smell and taste, a trademark symptom of COVID-19 infections until now, is less frequent with the B.1.1.7 variant. Instead, coughing, fatigue, myalgia (muscle pain or aching limbs) and a sore throat appear to be slightly more common, according to the survey published on Jan. 27.

The study surveyed 6,000 randomly selected people who had tested positive for the coronavirus. There was no difference found in the frequency of headaches, shortness of breath, diarrhea or vomiting in the tested groups.

The B.1.1.7 variant was first identified in the United Kingdom and quickly became the dominant form of the virus in parts of England. So far, the mutated virus has spread to at least 60 countries, including the United States.

The variant has been found to be much more infectious but there is still debate as to whether it causes more severe symptoms. Some other questions have risen from variants as well, with the biggest one being the efficacy of vaccines which scientists believe will remain effective against the virus.

Along with B.1.1.7, several other variants have popped up across the world, with ones in South Africa and Brazil raising concerns as they included a mutation known as E484K, which may enable the virus to “escape” immunity, some studies suggested.