When will COVID-19 vaccines be widely available globally? 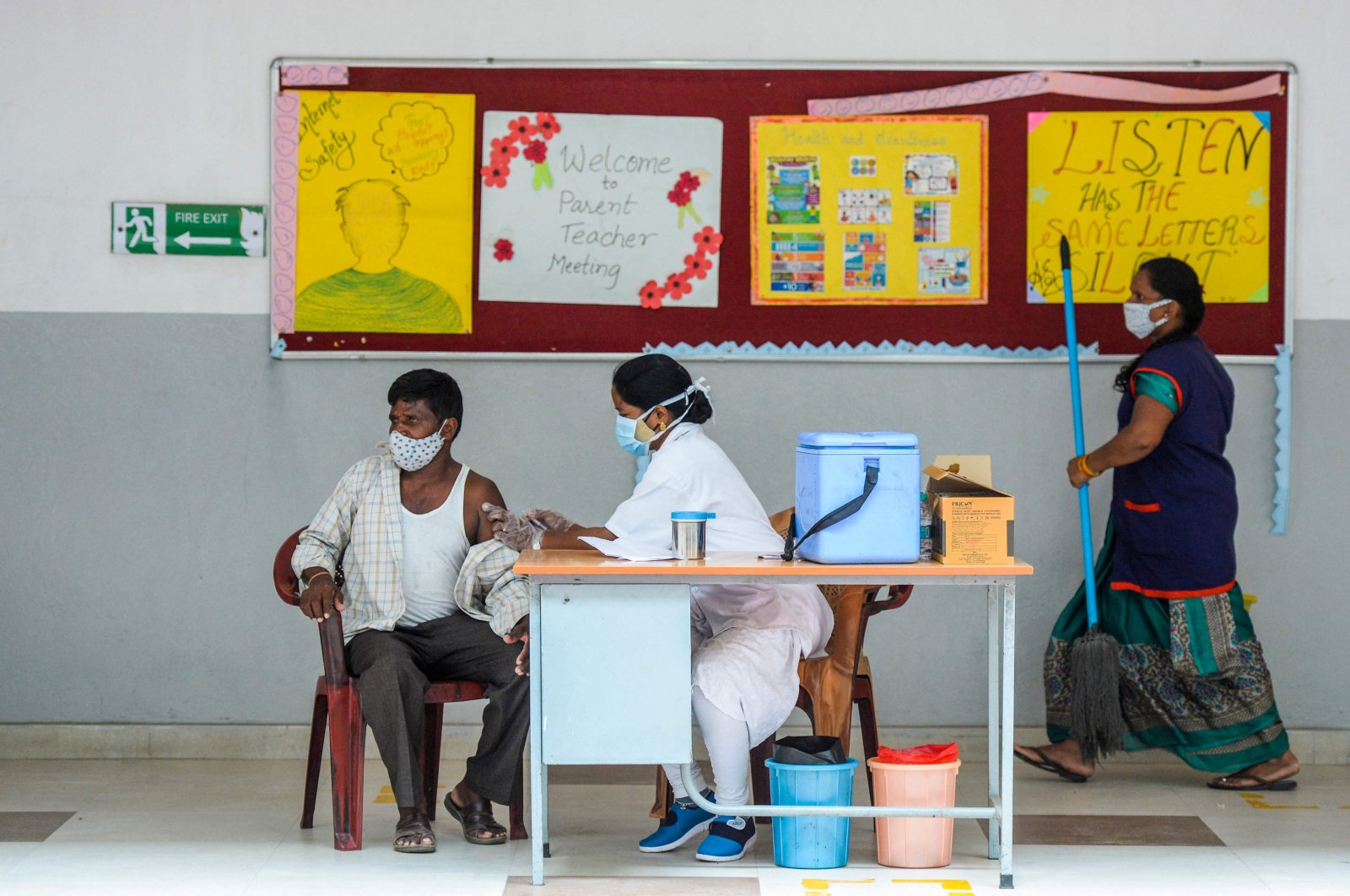 A health worker inoculates a man with a dose of the Covishield Covid-19 coronavirus vaccine during a vaccination drive for auto-rickshaw and taxi drivers at a school in Hyderabad, India, June 4, 2021. (AFP Photo)
by ASSOCIATED PRESS Jun 04, 2021 10:50 am
RECOMMENDED

As many countries start nationwide vaccination campaigns to battle the COVID-19 pandemic, poorer nations are still struggling to immunize their population.

According to experts, it could be 2023 or later before the shots are widely available in some countries.

The United States, Israel and the United Kingdom are among the nations where about half or more of the population has received at least one shot. In some countries, including South Africa, Pakistan and Venezuela, less than 1% of people have been vaccinated. In nearly a dozen countries — mostly in Africa — there have been no jabs at all.

In Turkey, more than 27 million doses of COVID-19 vaccines have been administered since a mass vaccination campaign was launched on Jan. 14.

The U.S. has supported waiving intellectual property protection for the vaccines. But it’s not clear whether there will be global agreement on the issue and, if so, whether that would help speed up production.

COVAX, a U.N.-backed project to ensure vaccine access globally, has run drastically behind schedule due in part to export bans and stockpiling by some countries.

In April, researchers at Duke University said that, even with assistance from COVAX, many countries would not be able to reach 60% coverage until 2023 or later.

“The U.S., European and other wealthy nations long ago pre-ordered nearly all the doses available and now other countries, even with the money to buy, are at the back of line waiting,” said Matthew Kavanagh, a global health policy expert at Georgetown University.

China and Russia are among those that have committed to donating vaccines to other nations. Other countries including the U.S. and U.K. aren’t yet sharing their stockpiles, though they’ve committed to doing so. Still, global scarcity is expected to continue for years to come.

“There is simply not enough vaccine to go around,” Kavanagh said.