WHO calls on countries to donate vaccines as supplies tighten 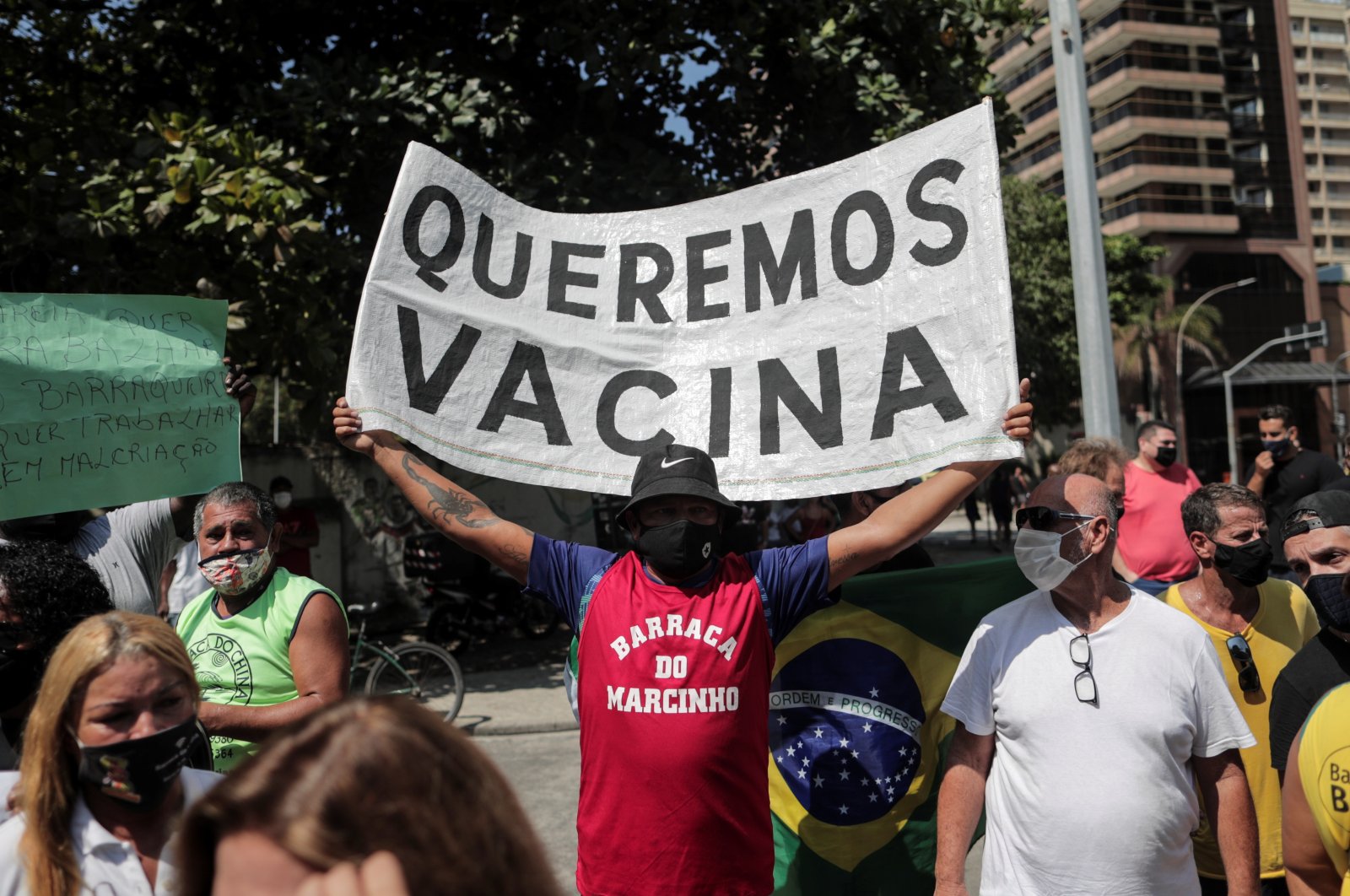 A man holds up a banner calling for a vaccine against COVID-19 during protests against the new measures implemented to stop its spread, on the beach of Copacabana, in Rio de Janeiro, Brazil, March 26, 2021. (EPA Photo)
by REUTERS Mar 26, 2021 9:41 pm
RECOMMENDED

The World Health Organization urged countries on Friday to donate COVID-19 vaccine doses to inoculate the most vulnerable in 20 poorer nations after India, a key supplier to the agency's COVAX vaccine-sharing program, said it was prioritizing local needs.

"COVAX is ready to deliver but we can't deliver vaccines we don't have. Bilateral deals, export bans, vaccine nationalism and vaccine diplomacy have caused distortions in the market with gross inequities in supply and demand," Tedros told a news conference.

"Ten million doses is not much and it's not nearly enough," he said.

India, the world's biggest vaccine maker, said on Friday it would make domestic inoculations a priority. The move will hit COVAX supplies as some of AstraZeneca's vaccine is produced by the Serum Institute of India.

Tedros thanked India for its exports so far and said the move was "understandable" given rising infections. He added that talks with India were underway to find a balance between local and international needs.

So far COVAX has delivered 32 million vaccine doses to 61 countries, but 36 countries still await vaccines to start inoculations, he said.

Tedros has said countries should work together to ensure COVID-19 vaccinations begin everywhere across the world within the first 100 days of 2021, or by April 10.

WHO Senior Adviser Bruce Aylward said that talks with well-supplied countries about donations were underway and that some had expressed "positive interest," without naming them.

Meanwhile a long-awaited report into the origins of the coronavirus, following a WHO team trip to Wuhan, China in January and February, would be released in the next few days, team leader Peter Ben Embarek said. WHO's member states will receive it first before it is made public, he said.