Younger adults No. 1 spreaders of COVID-19 in US, study finds 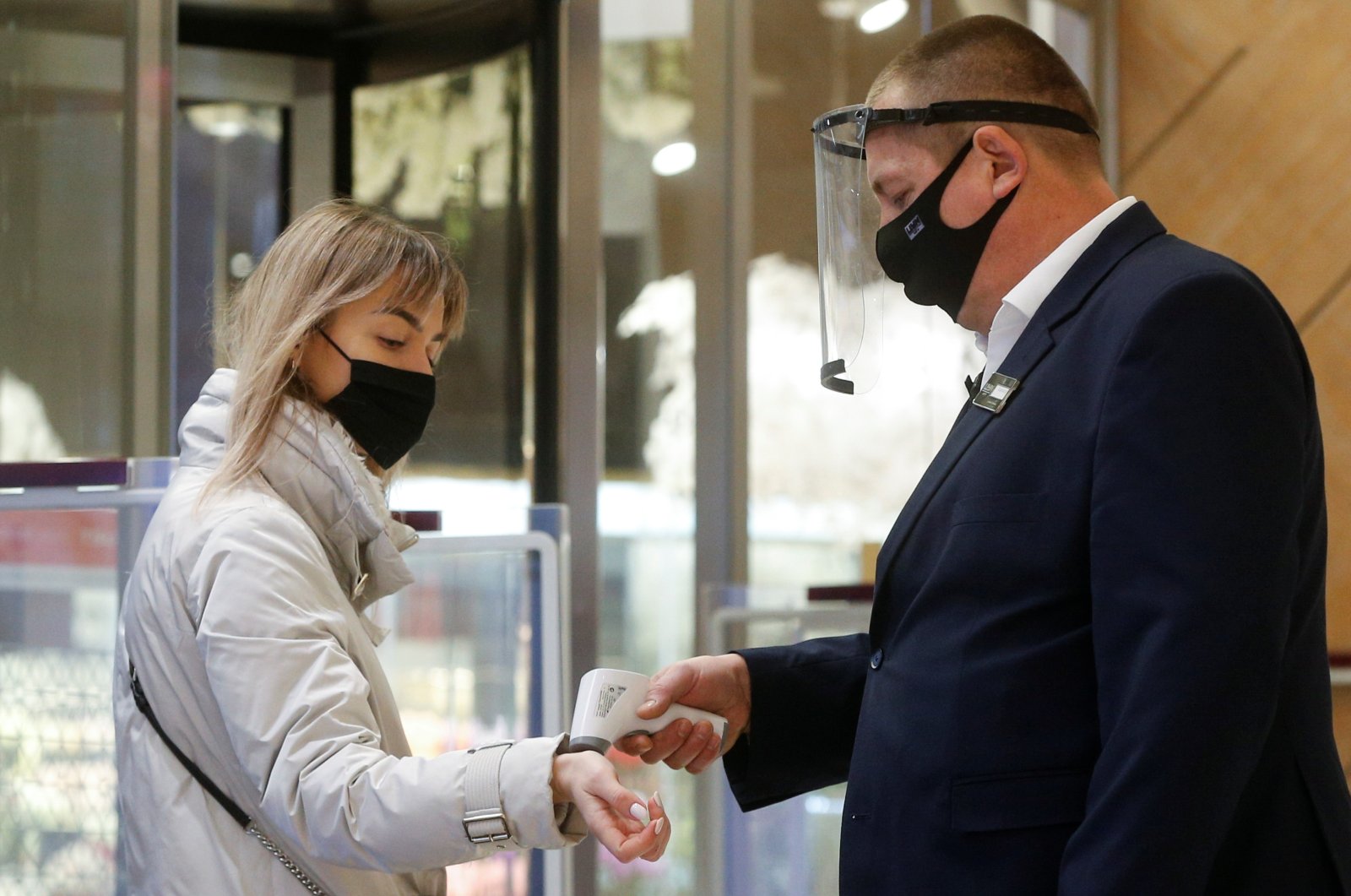 An employee wearing a mask and face shield checks the body temperature of a visitor at the Central Universal Department Store (TsUM), on the first day after ending a coronavirus lockdown, in Kyiv, Ukraine, Jan. 25, 2021. (Reuters Photo)
by DAILY SABAH Feb 05, 2021 9:55 am
RECOMMENDED

A new study published Tuesday on the transmission of the coronavirus in the United States found that adults aged 20-49 are the biggest spreaders of the virus.

A research team from Imperial College in London conducted a study to determine which age groups were most responsible for virus transmission across the U.S. The researchers used the mobile phone location data of more than 10 million people and publicly available information on virus transmission to conduct their research.

The study, published in the journal Science, found that adults aged 20-49, and even more specifically those aged 35-49, were primarily responsible for the significant increase of positive cases in the U.S.

The study estimated adults aged 35-49 accounted for 41% of new virus transmissions through mid-August, while those aged 20-34 were responsible for 35%.

After October, the group as a whole accounted for 72.2% of transmissions, the researchers said.

Older adults aged 50-64, on the other hand, accounted for just 15% of the transmissions through mid-August, the team said.

Earlier studies had also suggested children play a very minor role in transmitting the virus. A study published in June by the Netherlands' National Institute for Health (RIVM) found that transmission mainly happens during contact between adults, then from parents to children.

The Imperial College team wrote that “changes in mobility and behavior among the broader group of adults aged 20-49 underlie the resurgent COVID-19 in the US in 2020.” Over 450,000 Americans have died of COVID-19 since the beginning of the pandemic, with the majority of deaths recorded after a resurgence of cases that began in October.

"This study provides evidence that the resurgent COVID-19 epidemics in the US in 2020 have been driven by adults aged 20-49, and in particular adults aged 35-49, before and after school reopening," the team was quoted by CNN as saying in the report.

Based on their findings, the team suggested that the focus of efforts to control the spread of the coronavirus, including vaccinations, should be on adults aged 20-49. However, vaccine stocks remain limited despite national rollouts beginning in Turkey and other countries, so other measures for the young adult population need to be maintained in the meantime.

Professor Haluk Eraksoy of Istanbul University’s Faculty of Medicine recommended in October that people of certain professions who work closely with others be frequently monitored for COVID-19. “These professions include supermarket cashiers, drivers of mass transportation vehicles and employees in the service sector. If these people are found to be superspreaders, it will be a disaster,” he said.

With schools in Turkey set to reopen in the coming weeks, the Turkish government has announced a new measure in its plan to resume in-person education: vaccinating teachers. Teachers, who were not on the priority list for vaccinations that started in January, will receive their first vaccinations this month. Students, meanwhile, will continue to follow the standard health and safety measures such as mandatory mask-wearing, social distancing and hygiene rules.

Medical experts continue to emphasize the importance of vaccinating the elderly first since they are at the highest risk of dying of COVID-19. Both in the U.S. and in Turkey, the vaccine has been rolled out to the oldest members of the population as well as front-line health care workers.

However, Dr. Jonathan Reiner, a professor of medicine at George Washington University, on Wednesday pointed out the merits of vaccinating younger adults as well, suggesting the best option might be to open the vaccinations up to all age groups as soon as possible.

“Now we can set aside, perhaps, a larger percentage of the vaccines for older Americans, but I think we need to start getting the vaccine out into younger people for exactly the same reason – the younger people are the people who are spreading the virus,” Reiner told CNN.

Scientists around the globe agree on one thing in this regard: "Ultimately, everyone has to be vaccinated," as Reiner said.