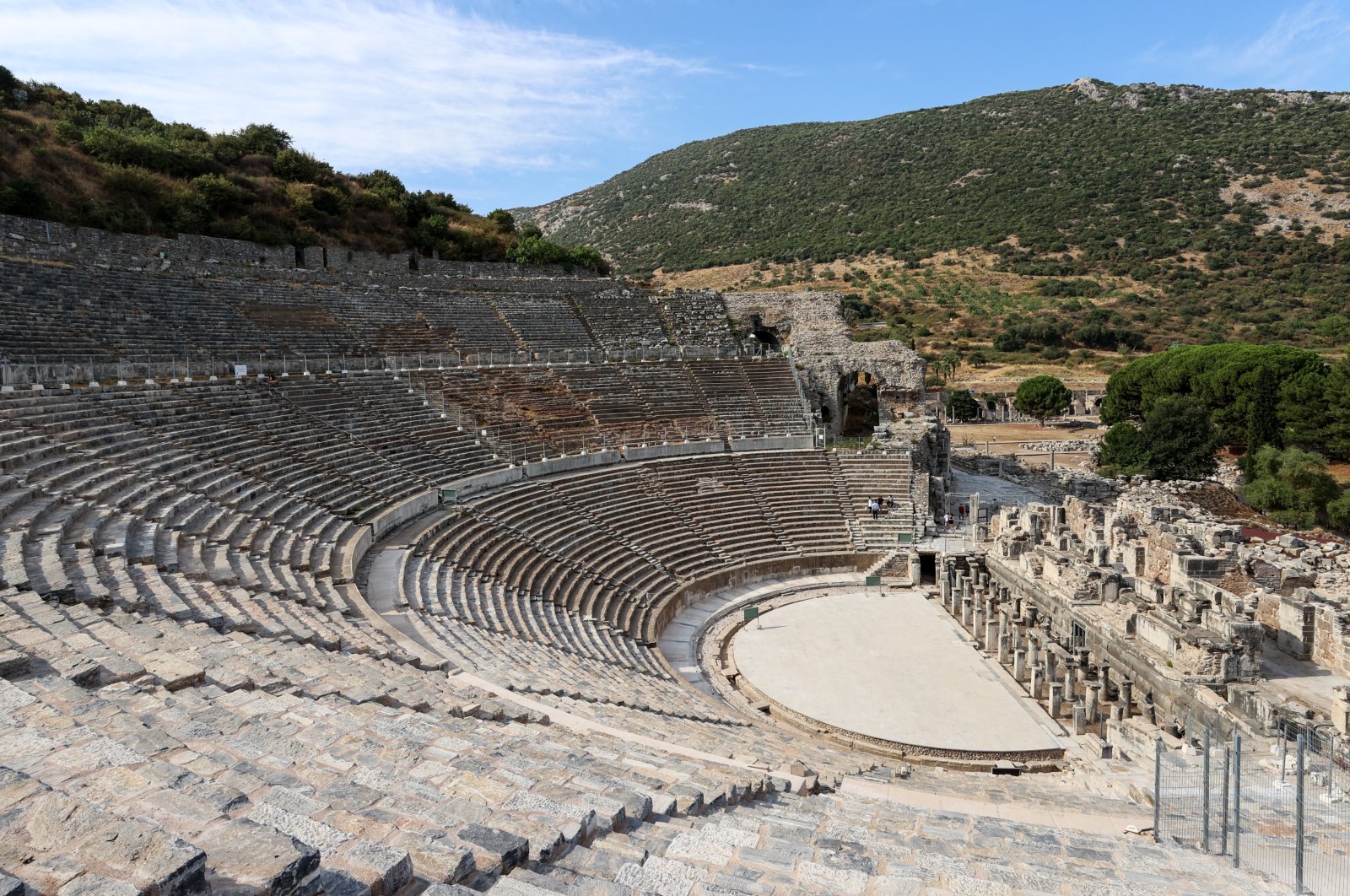 After a three-year break due to restoration works and the coronavirus pandemic, the ancient Ephesus Theatre located in Turkey's Izmir province will reopen its doors for history and art lovers.

The ancient theatre will host the fourth International Ephesus Opera and the Ballet Festival.

In 2003, the Turkish Culture Ministry reduced the activities in the ancient theatre due to static problems and restoration works. In 2018, the theater was completely closed for concerts and performances. It will reopen its doors on Aug. 24, with Italian composer Giuseppe Verdi's La Traviata.

Ephesus Theater will host three different international events between Aug. 24 and Sept. 3 as part of the festival.

The over 2,300-year-old theater, which has a seating capacity of approximately 24,000 people, will host a maximum of 2,400-2,500 people at each event due to measures taken against coronavirus.

Ephesus, previously an ancient Greek city, and later a major Roman settlement near present-day Selçuk in the coastal Izmir province, boasts a rich cultural heritage dating back to 6,500 B.C.

Cengiz Topal, director of the Ephesus Archaeological Museum, told Anadolu Agency (AA) that the ancient building is among the largest open-air theaters in the Turkish heartland Anatolia and was of great importance during ancient times.

Noting the priority is to ensure the safety of the visitors and artists, Topal said that the ancient theater will open after a series of restorations.

“The theater will reopen for limited events from now on,” he added.

Aydın Uştuk, director of Izmir State Opera and Ballet, said that they will be presenting five important works as part of the 4th International Ephesus Opera and Ballet Festival.

On Aug. 26, the Prague Ensemble concert will take place at Efes Odeon, Uştuk said. On Aug. 28, the Carmen Ballet, combined with the music of French composer Georges Bizet's "Carmen" opera in an original choreography, will be staged at the Ephesus Theatre, he added.

As part of the festival, on Sept. 1, Ankara State Opera and Ballet’s Modern Dance Ensemble will take the stage with the musical Gangster at Bornova Asik Veysel Amphitheater. On Sept. 3, a concert will be held at the Ephesus Theater in memory of late Turkish tenors Ender Ariman and Erol Uras.