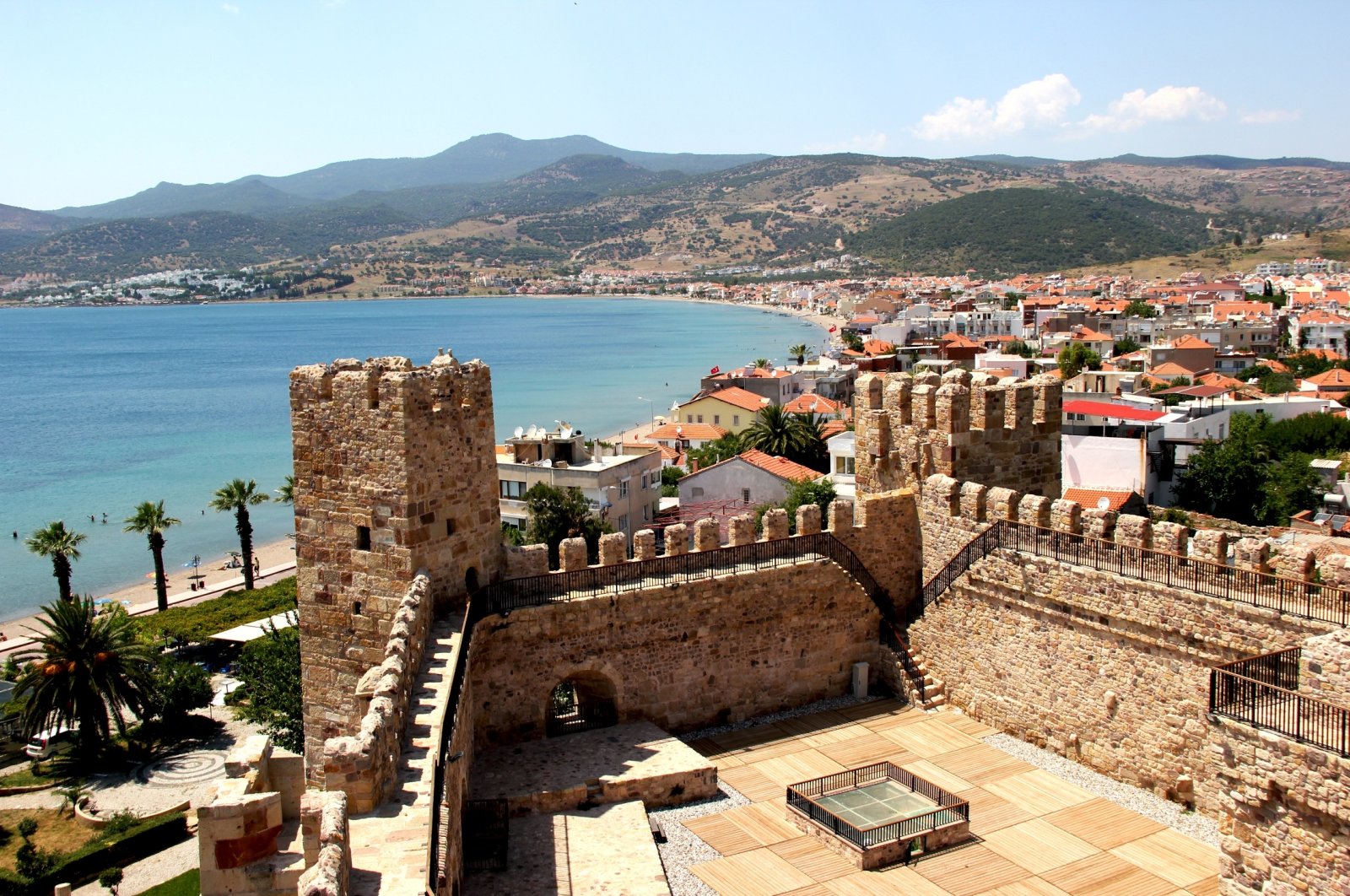 Preparations are underway to include historical Izmir's Birgi, Gediz Delta, and Foça, Çandarlı and Çeşme castles on UNESCO's permanent list

The cultural, historical and natural assets of Turkey's western province of Izmir make the city one of the must-see destinations in Turkey. The Aegean gem has two magnificent ancient cities on the UNESCO World Heritage List: Pergamon and Ephesus.

After Ephesus and Pergamon, different institutions of the city are working together to register four more new sites in the city and to make Izmir one of the cities with the most UNESCO World Heritage Sites in the world. Four new areas that were previously included in the tentative list and that are expected to be included in the World Heritage List are the Genoese Trade Road – which includes the Çandarlı, Çeşme and Foça castles, the Historical Port City of Izmir, the historic area of Birgi and Gediz Delta. Let’s explore the city’s pearls that contribute to the world's cultural heritage with their history and nature.

The ancient city of Ephesus in its heyday was a pioneer in the fields of philosophy, science, culture and art. Located in the Selçuk district of Izmir, the ruins of Ephesus are surrounded by four other important historic sites – the House of Virgin Mary, Ayasuluk Hill, Basilica of St. Jean and Çukuriçi Höyük. The ancient settlement, one of the most important centers of the ancient period, has been inhabited continuously for approximately 9,000 years, starting from the prehistoric period and continuing through the Hellenistic, Roman, Eastern Roman, Beylikler (Principalities) and Ottoman periods. It was a very important port city and a cultural and commercial center at all stages of its history. Ephesus, which houses symbols that shed light on the superior urbanization and religious history of the Hellenistic and Roman periods, has some of the most outstanding architectural and urban planning examples from different periods. The Temple of Artemis, one of the Seven Wonders of the Ancient World, is also located in Ephesus. The Library of Celsus is also another impressive structure in the ancient world.

Izmir’s other site on the UNESCO World Heritage List, Pergamon, was the administrative center of the Kingdom of Pergamon. The ancient settlement, located just north of the modern-day town of Bergama, was founded in the third century B.C. as the capital of the Attalids. It came to the forefront as a significant education center with its library, the second-largest one in the ancient world.

Pergamon attracts attention with its Asklepion as well. Asklepion is a renowned ancient medical center and is known as the world’s first psychiatric hospital. The snake figure that is the symbol of medicine and pharmacy was born in this place and spread to the world.

The Historical Port City of Izmir on the UNESCO World Heritage Tentative List includes Kemeraltı, Kadifekale and Basmane quarters. It is defined as a multilayered open-air museum that contains traces of the Hellenistic period, ancient Rome, Byzantines, Ottomans and modern Turkey.

The area houses important symbols of Izmir such as Konak Square, the clock tower and Kemeraltı bazaar. Konak Square is a place where visitors can learn the history of Ottoman modernization by observing the bureaucratic structuring of the 19th Century in the area. The Governorate of Izmir, the City Hall of Izmir Metropolitan Municipality and Yalı Mosque occupy the square.

The clock tower with four floors and an octagonal plan also adorns Konak Square. While it was built to mark the 25th anniversary of the enthronement of Ottoman Sultan Abdülhamid II, the clock of the tower was gifted by German Emperor Wilhelm II, who sent such timely presents to many cities in Anatolia.

Kemeraltı bazaar, known as one of the largest and oldest open-air shopping centers in the world, has a very colorful cultural structure with its mosques, churches and synagogues. The Agora of Smyrna, dating back to the Hellenistic period, lies to its east of Kemeraltı on the outskirts of Mount Pagos, where the citadel currently known as Kadifekale is located.

Stone houses in the palms of nature

The historic town of Birgi, which spreads out among lush palm trees, has preserved its traditional and cultural architecture over the years. It is estimated to have been a residential area since 750 B.C. As a continuous settlement, the town bears traces of the Phrygian and Lydian civilizations, the Persian and Pergamon kingdoms, the Roman and Byzantine empires, and the periods of the Aydınids and the Ottomans.

The impact of all of these civilizations that the town hosted on its fertile lands is reflected in the architecture of the place’s tombs, mosques, fountains, baths and libraries. The houses built with natural stones and wood are the standouts of the town. One of the important architectural works in the town is, for example, the Great Mosque of Birgi. The mosque, with its rich decorative woodwork and tiling, was completed in 1312 on the orders of Mehmed Bey, the founder of the Aydınoğlu Sultanate.

The town has become an authentic set for many TV and cinema productions in recent years with its fascinating architecture, historical atmosphere and spellbinding nature.

The Çandarlı, Çeşme and Foça castles are located on the Genoese trade road from the Mediterranean to the Black Sea. While the Foça and Çandarlı castles were included in the UNESCO temporary list in 2013, Çeşme Castle was added to the list in 2020. Çandarlı Castle, located on the Izmir-Bergama highway, still stands today in all its glory. The ancient name of Çandarlı was Pitane after the Amazon queen. The construction of the castle in its current plan was carried out by them in the A.D. 14th century. The Genoese were able to increase their influence thanks to Çandarlı Castle, which served as a safe trade port then. The castle has a rectangular shape and is well preserved today with its five towers, rain gutters, doors and walls.

Foça Castle is one of the important historical structures of the district. The Genoese took the castle, which was built in the 11th century, from Eastern Roman Emperor Michael Paleologos and later repaired it. When Foça was captured by the Ottomans in 1455, the walls of the castle were repaired and towers were added.

Çeşme Castle, which was built by the Genoese in the 15th century for the security of maritime trade between Çeşme and Chios, took its current form with the additions made in 1508-1509 during the reign of Ottoman Sultan Beyazıd II. The rectangular-shaped castle offers a magnificent view with its six towers and moats on three sides.

Located right next to Izmir, the Gediz Delta is one of the rare internationally important wetlands that offer a habitat for thousands of creatures. The delta, which hosts hundreds of birds and living species, is home to approximately 10% of the world's flamingo population.

Meeting about one-third of the salt production in Turkey, it also stands out as a production area for fishermen and farmers from Izmir. Last year, Izmir Metropolitan Municipality submitted an official candidacy application for Gediz Delta to be included in the UNESCO World Heritage List for its nature.