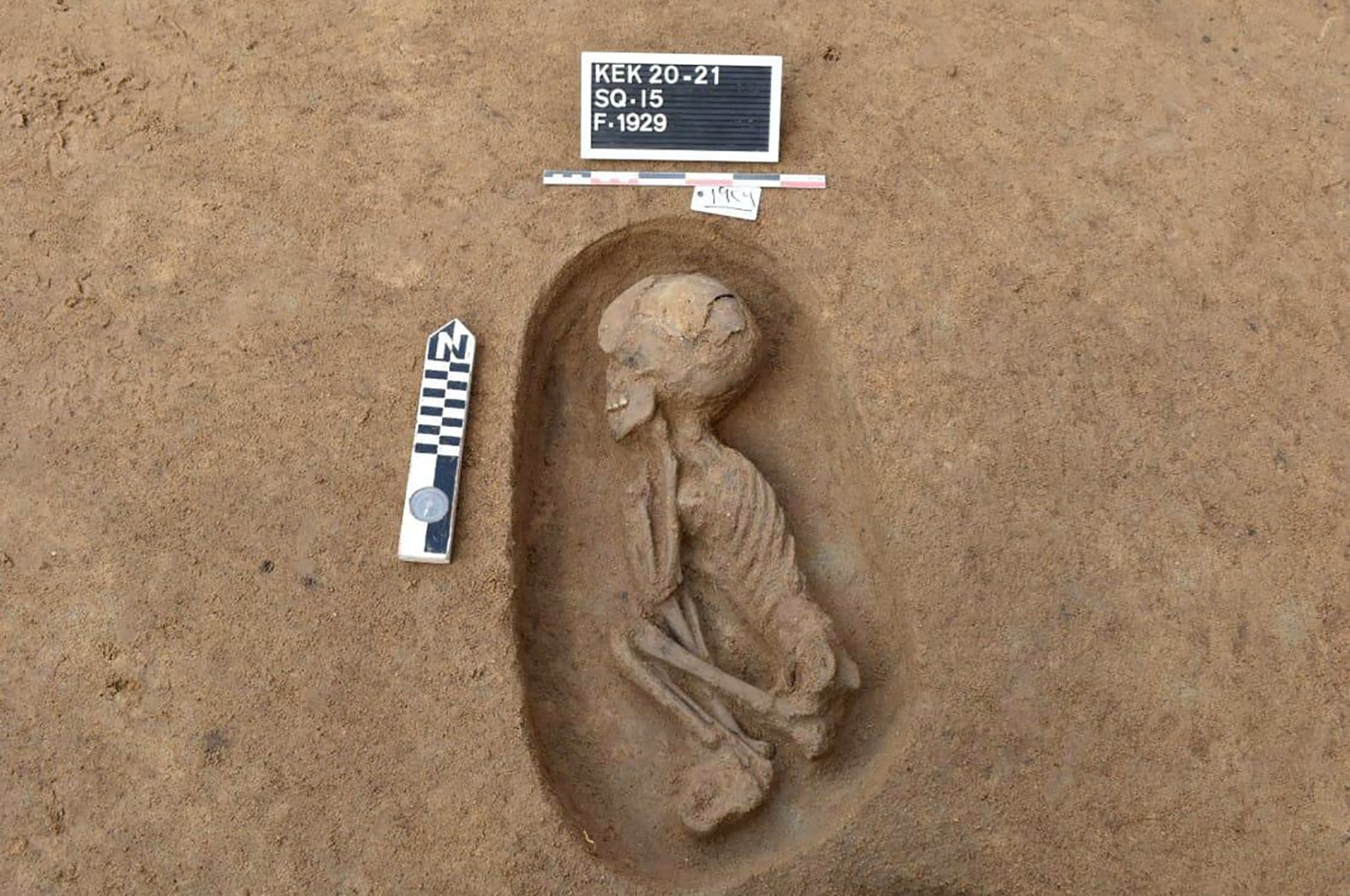 Egyptian archaeologists have unearthed 110 burial tombs on the Nile Delta dating to periods before Egypt's famous dynasties and pharaonic kingdoms had emerged more than 5,000 years ago, the Tourism and Antiquities Ministry said Tuesday.

They also found tombs nearby from the later Hyksos period from between 1650 B.C. and 1500 B.C., when Western Asian migrants took over the country, putting an end to Egypt's Middle Kingdom.

The findings in the Dakahlia province north of Cairo could shed light on two important transitional periods in ancient Egypt, Egyptologists said.

They also include 37 rectangular-shaped tombs from the Second Intermediate Period from the time when the Semitic people of Hyksos first began migrating across the Sinai into Egypt around 1800 B.C.

"This is an extremely interesting cemetery because it combines some of the earliest periods of Egyptian history with another important era, the time of the Hyksos," said Salima Ikram, an Egyptologist at the American University in Cairo.

"Egyptologists are working to understand how the Egyptians and the Hyksos lived together and to what degree the former took on Egyptian traditions," Ikram told Reuters.

The Buto tombs were oval-shaped pits with the corpses placed inside in a squatting position, mostly on their left sides with the head pointing west, the ministry statement said.

Some of the tombs from the Naqada period contained cylindrical and pear-shaped vessels. The Hyksos tombs were mainly semi-rectangular with the corpses lying in an extended position and the head also facing west.

"The mission also found a group of ovens, stoves, remnants of mud-brick foundations, pottery vessels and amulets, especially scarabs, some of which were made of semi-precious stones and jewelry such as earrings," the statement said.

The discovery is the latest in a series of archaeological discoveries in recent years for which Egypt has sought publicity in the hopes of reviving its tourism sector. Tourism has been badly hurt by the turmoil following a 2011 uprising and now coronavirus pandemic restrictions.