One of the oldest feelings to exist: The history of love 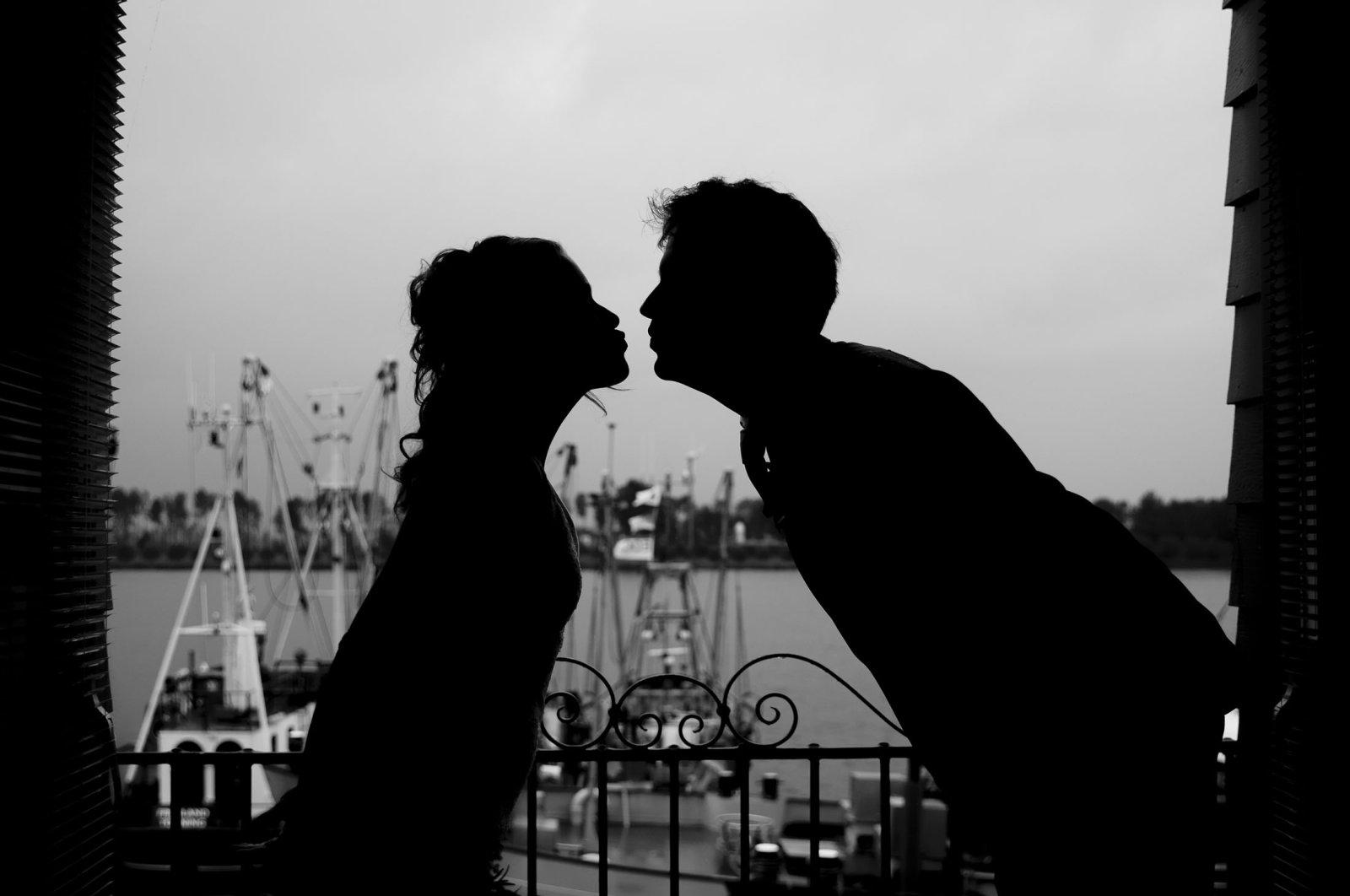 The one day of the year covered in red, Valentine's Day, is upon us. But is it possible to fit centuries of love into a single day, when words of love and heart-shaped balloons float up above?

Love, in its simplest definition, is the intense affection a person has for another person, an entity or even a thought. Although the way it manifests itself is constantly changing, it is one of the oldest emotions since the world came into existence. The most evident form of this feeling, which has been the main theme of poems, stories, songs and movies for centuries, can be seen on Valentine's Day. This feeling, which has expressed itself in different ways throughout all cultures and in all segments of societies for millennia, may have been hidden in handwritten letters in the past but nowadays, it manifests itself as an emoji in instant messages. From the past to the present and the future, it continues to leave stories for generations to come.

The use of the word "love" is different in every language. The more languages there are in the world, the more words there are that describe love. Even though the words are different, even the heroes, the land and the stories themselves are different, the feelings left by people are the same. For this reason, we can say that love is a universal feeling. But love is also a social concept as much as it is universal. The way it expresses and presents itself varies from society to society and even over time. Even people in the same society but of different classes can have a different understanding of love. For that reason only, love is sociological.

In ancient Greece, love meant complete harmony and perfect beauty. In fact, this sublime feeling manifested not only among humans but also among gods. Fast forward to medieval Europe, we saw the meaning of love beginning to change. Love was more apart of morality than a pure feeling. People began expressing a love that has become a virtue, one that should be preserved in a sacred marriage bond. Although this was not the case among the layfolk, love among the nobles had become virtuous, far from the evils and sexual urges that were under the influence of the church. Love, which changes according to geography, religion and even social class, has been influential in Anatolian lands for centuries and has been passed on from generation to generation.

Asia Minor also witnessed many great legends of love, folk songs to crown the dark evenings and stories to be conveyed from language to language. The common feature of these legendary loves is that the lovers could never meet, and even if they did, the ones who left their marks on our hearts were impossible to keep. The people who carried these legendary loves to the present day were folk poets called "aşık," or lovers, in essence. Accompanied by a bağlama, a type of saz and an eight or ten-stringed lute, they traveled from village to village, town to town, telling stories of love and lessons in life. Being a bard (aşık/folk poet) was also not for everyone. The person who would fall in love had to gain this ability by experiencing this feeling deeply. Just like in the story of Resul, who becomes Aşık Garip for the sake of his love.

After his death, Hodja Ahmet, a wealthy Tabriz merchant thought to have lived between the 16th and 18th centuries, leaves his inheritance to his son Resul. Resul, who went about his days spending his inheritance with his friends, loses all of his money one day. Not being able to hold on to any job, he starts working as an apprentice with folk poets, but he isn't very successful in that either. One night, Resul sees an old dervish drinking bade (wine) in his dream, and in the same dream, Shah Senem is also drinking bade. Turns out that they both have the same dream the same night and fall in love with each other. Resul, who was very impressed by the dream he saw, starts playing the saz. This love turns the apostle into Aşık (Bard) Garip. After that day, Resul travels around the world in search of Shah Senem. Traveling from Tabriz to Tbilisi, Resul finds his big love here. The story is that Shah Senem's father, Bilge Sinan, does not want to give away his daughter to a poor boy. Aşık Garip travels the cities and plays his saz in village coffee shops. He managed to save up the gold that Bilge Sinan requested as a dowry, returns to Tbilisi and marries the girl he loves. But love stories in this region do not always have such happy endings. Most of the time, despite all the struggles and obstacles, lovers cannot meet, and their love consumes them, just like Kerem and Aslı.

Love in ashes: Kerem and Aslı

Sometime in the 16th century, Kerem, the son of the Sultan of Isfahan in Iran (or Persia as it was known), falls in love with Aslı, the daughter of an Armenian monk who is the sultan's treasurer. However, the two are not meant to be together as they share different beliefs. The Armenian monk cannot accept this situation and flees with his daughter Aslı. Kerem goes after Aslı with her friend Sofu Kardeş. Traveling all over Anatolia, Kerem writes poems to the beauties he sees in Aslı, sharing his troubles with everyone he meets and asks around to find his love. During these journeys, a miracle happens. Kerem runs into the pasha of Aleppo. The pasha, who has a liking to Kerem, manages to persuade the Armenian monk. In the end, Kerem and Aslı marry. But the story doesn't end here. The monk is actually not willing to officiate their marriage. He casts a spell on the shirt his daughter wears on her wedding night. The buttons of the shirt cannot be undone. Unable to free Aslı from this shirt, Kerem takes a deep sigh and burns to ash with flames coming out of his mouth. Baffled and heartbroken by what has happened, Aslı cries over the ashes of her beloved and a spark ignites her hair. She, too, dies by fire. And finally, the lovers' ashes meet.

This is just one of the versions of Aslı and Kerem's love, and there are variations of their story in Azerbaijan and Armenia among many other countries. And in Anatolia, there are countless other legends that tell of lovers who could not be reunited. Leyla and Mecnun, Ferhat and Şirin and many other epics told by folk poets for centuries are some of the most widely known. Although the names and places may change, a recurring theme draws attention. Love was not an easy phenomenon in Anatolian culture. There were obstacles to overcome, roads to travel. And even if these lovers succeeded, it was not guaranteed that you'd be with the one you loved. In these legends, lovers were tested in various ways and expected to achieve extraordinary deeds. Sometimes they were expected to cross deserts like Mecnun, and sometimes they had to pierce a huge mountain like Ferhat. Likewise, Romeo and Juliet, whose tragedy was famously depicted by William Shakespeare in the Italian city of Verona, was no walk in the park either. They all had to overcome difficult tasks to prove their love.

As much as love is a feeling that exists between two people, it is also a social construct, and at times, a class phenomenon. All the love stories told until this time also reveal the social conditions of the period and society's understanding of love. Love is often not a matter concerning two people, but their religious beliefs, economic factors and social classes. There were social factors, not mountains or monsters, standing as an obstacle against Kerem and Aslı's love – Bilge Sinan said Kerem was not fit for marriage as he was not at the same economic level and the Armenian monk opposed Kerem because he belonged to a different religion. Likewise, Romeo and Juliet were children of hostile families, and this was the only obstacle to their love.

After all, love is one of our highest and noblest feelings. It's not in vain, so let's not write poems and sing songs for it for centuries. Love is one of the oldest feelings to exist, yet it continues to impress us with the same freshness and same effect. Love continues to exist in spite of the changing ages, industrial revolutions, world wars and technological revolutions and takes shape with them. Maybe there are no monsters today, but love stories continue to be passed on. And as the song "Historia de un amor" by Mexican Luis Miguel goes, "Es la historia de un amor, Como no hay otro igual." (it's the history of love, there is like no other.)