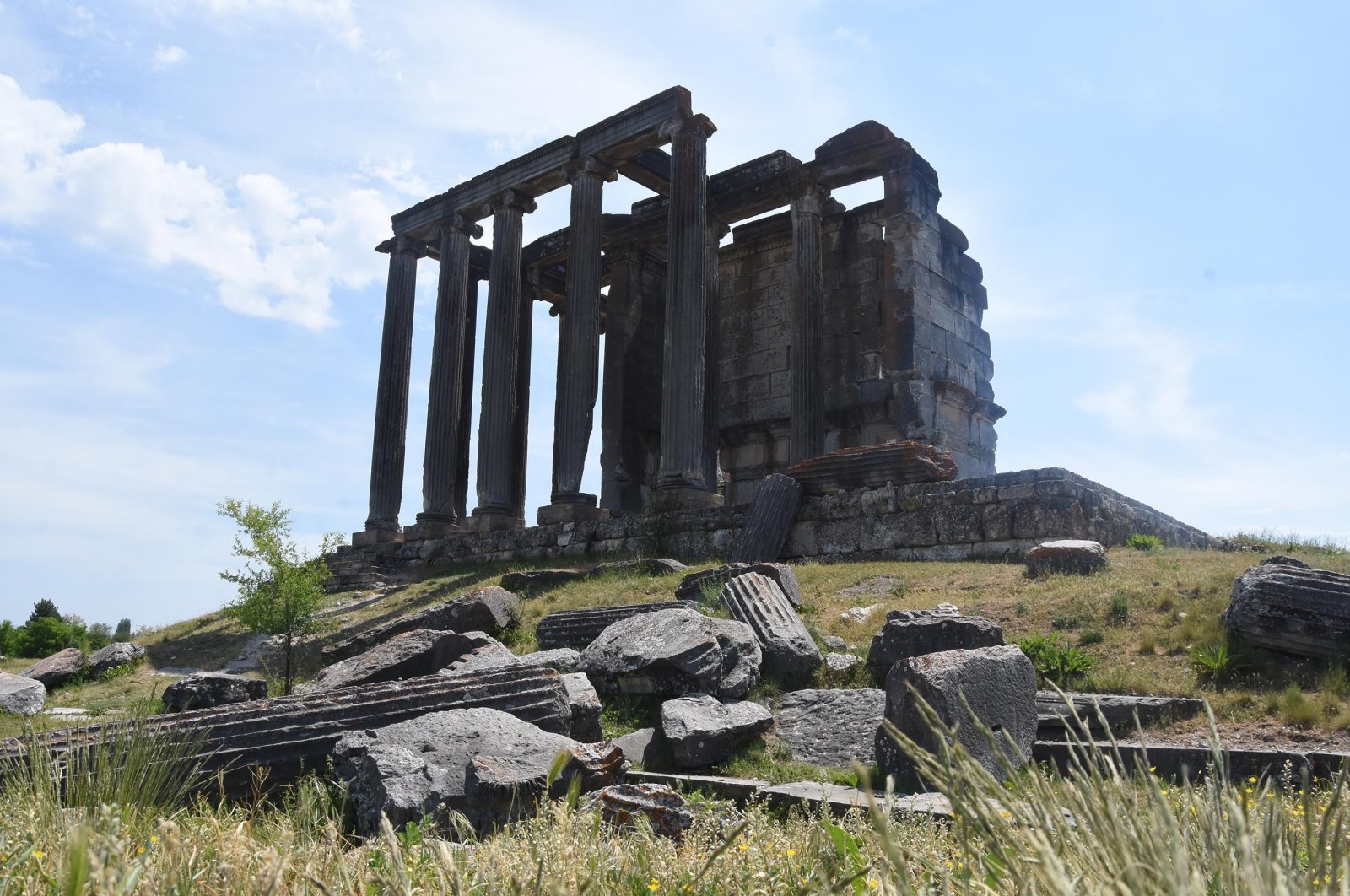 Exciting archaeological news is coming out of Kütahya's 5,000-year-old ancient city of Aizanoi, as the city's agora gate was recently discovered, only 100 meters (328 feet) from the famed historical Temple of Zeus, and excavations are underway.

Kütahya Governor Ali Çelik stated that the newly unearthed agora gate means the ancient city will gain the title metropolis. An "agora" is a central public space in ancient Greek city-states, literally meaning "gathering place" – the center of the athletic, artistic, business, social, spiritual and political life in the city.

Further investigation of the not yet unearthed parts of the historical city, which is on UNESCO's World Heritage Tentative List, with underground radar systems showed that around 80% of the site still remains under the earth, said Çelik.

One of the most significant parts of the city that distinguishes Aizanoi from other Roman towns is the stadium next to the theater area, which makes the city a metropolis according to Çelik.

Çelik noted that the entrance and floor of the Agora were excavated during digs last month.

"From next week, we will speed up the process by adding 50 to 60 people to the 100 person team. The important thing after this stage is to get the surveys quickly and start the restoration," he told Demirören News Agency (DHA).

"It is one of our main goals to start the restoration on the stage part of the theater this year."

Aizanoi, whose history dates back to 3,000 B.C., was the main settlement of the Aizanitis people living in ancient Phrygia. In the Hellenistic period, the region alternated between being subordinate to Pergamum and Bithynia but came under Roman rule in 133 B.C.

It has been said that Aizanoi's magnificent buildings, starting with the construction of the Temple of Zeus, made the city famous.

Regular excavations have been carried out at the site since 1970.

Among the ruins stands the Temple of Zeus, which remains the best preserved temple dedicated to Zeus in Anatolia, a theater with a capacity of 15,000 people and adjacent to it a stadium with a capacity of 13,500, two baths, the world's first commercial stock market building, a columnaded street and five bridges, two of which still stand over Kocaçay creek.