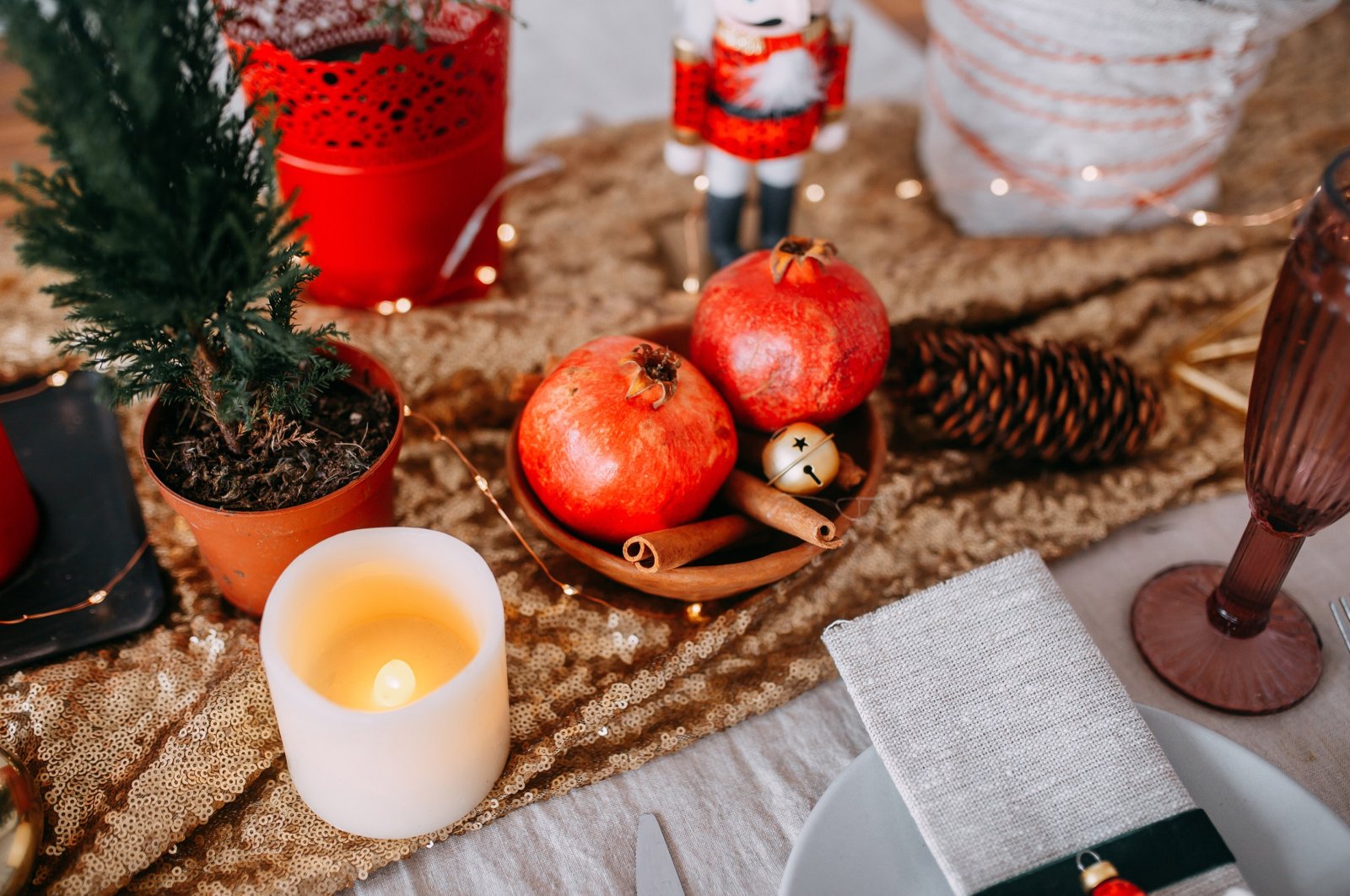 Putting up trees, decorating, cooking meals and wearing lucky items are some of the customs Turks have for the new year. (Shutterstock Photo)
by Leyla Yvonne Ergil Dec 21, 2020 11:40 am
Edited By Yasemin Nicola Sakay

Some in Latin America carry around empty suitcases for travel, and Spaniards eat 12 grapes at the stroke of midnight for good luck, but what about in Turkey? Do you believe in any of these New Year's traditions and superstitions?

Next week we welcome the highly anticipated start of a new year marked by New Year’s Eve celebrations that in Turkey means a host of traditions and superstitions to ring in 2021 right. As we leave what for many has been the most difficult year in our lifetimes behind us it may be more important than ever to embrace some of the customs in Turkey that promote positive changes and prosperity in the forthcoming year.

Granted, celebrating New Year’s Eve is a newer tradition in Turkey dating back to 1935 when Jan. 1 was first made an official holiday. However, many Turks, especially in urban areas, have embraced the holiday wholeheartedly with towns and shopping centers decked out with lights and holiday displays and in homes by decorating Christmas trees, exchanging gifts and ringing in the New Year with a party. The Turks have also come up with a number of steadfast traditions, superstitions and symbolism to make this holiday special. The following is a list of the most popular traditions in Turkey for New Year’s Eve:

In Turkey, the pomegranate has always been symbolic of prosperity and abundance and many homes will have decorative baubles portraying the fruit year-round. One of the most interesting traditions surrounding New Year’s Eve in Turkey however is the practice of smashing a pomegranate in front of the home as a means to make way for good fortune in the coming year. Likewise, gifting a pomegranate or an object symbolic of one makes for the perfect holiday present. Meanwhile, if you don’t have a pomegranate on hand, salt will also do as some sprinkle salt on their doorstep for luck.

In many cultures all over the world, wearing red on New Year’s Eve has become a traditional practice based on the belief it will usher in romance in the year to come. While the custom is not necessarily gender-specific, you will most likely come across many women dressed up or accessorized in red come New Year’s Eve. And even if you don’t see ladies wearing red on the outside, in Turkey you can wage a bet that they will be donning red as undergarments on the eve of the new year.

Turning on faucets and opening locks

In addition to the great countdown to the end of the year, when the clock strikes midnight there is a custom in Turkey to open a padlock or to turn on the faucet, both symbolic of opening oneself up to abundance and good luck in the year to come.

Interestingly enough, both Christmas trees (or New Year's trees as they are more widely called in Turkey) and Santa Claus, the most prominent symbolism representing the Christian holiday of Christmas, are rooted in history in Turkey and are revived each year to celebrate New Year’s Eve. Santa Claus, aka “Noel Baba” in Turkish, was born in Turkey’s Patara as Nicholas and he used to climb on rooftops and drop coins down chimneys – hence, the legend as we now know it was born. Similarly, it is also believed that one of the other most symbolic elements of Christmas, the tree itself, is a tradition that was born in Turkey. While some say the tree was derived from a legend surrounding the Greek God Zeus and Cybele, the Turkic celebration of the winter solstice, referred to as Nardoğan, also involves dressing up a pine tree.

Milli Piyango is a must

The word Milli Piyango, which is the name of the national lottery drawing here in Turkey, has become synonymous with New Year's Eve. Pretty much anyone who has the means to do so will purchase a lottery ticket for the highly anticipated and inflated drawing that takes place on New Year’s Eve. The largest lottery drawing of the year, over TL 500 million ($65.5 million) will be distributed with the jackpot alone being TL 100 million! The tickets are broken down into single, half and quarter categories, costing TL 100, TL 50 and TL 25 respectively. While tickets are generally sold by supermarkets and wandering vendors, this year there is also the option to purchase lottery tickets online.

In a bizarre Turkish twist on New Year’s Eve, playing Bingo amongst family and friends has become a steadfast tradition over the ages. Albeit less popular now that games have gone digital and television offers more than enough entertainment, it may just be the perfect time to revive the Turkish tradition of playing Tombala, aka Bingo as we will all undoubtedly be celebrating this holiday at home this year.

New Year’s Eve is when the Turks feast on roasted turkey or chicken. In general, a whole turkey is prepared for the meal and stuffed with aromatic rice with chestnuts and currants and seasoned with spices such as allspice and cinnamon. Turkey, the whole bird, is available widespread throughout Turkey close to New Year’s Eve and many restaurants will be catering take-home dinners for the special event. (If you are looking for cooking inspiration with some Turkey or chicken, check out these recipes.)

It used to be that leading up to New Year’s Eve there would be lines going out their door in charcuteries for people to pick up a variety of meze and dolmas to accompany their turkey spread on New Year’s Eve. This variety of dip-like dishes and stuffed vegetables and grape-leaves make for a delicious accompaniment and purchasing them premade makes life easier for most. This year be very aware that there may be a great demand and so make sure to plan ahead for your meze pick-up or delivery so you don’t get stuck amongst the crowds flocking to charcuterie shops.