Eid Mubarak: What to do in Istanbul over the bayram 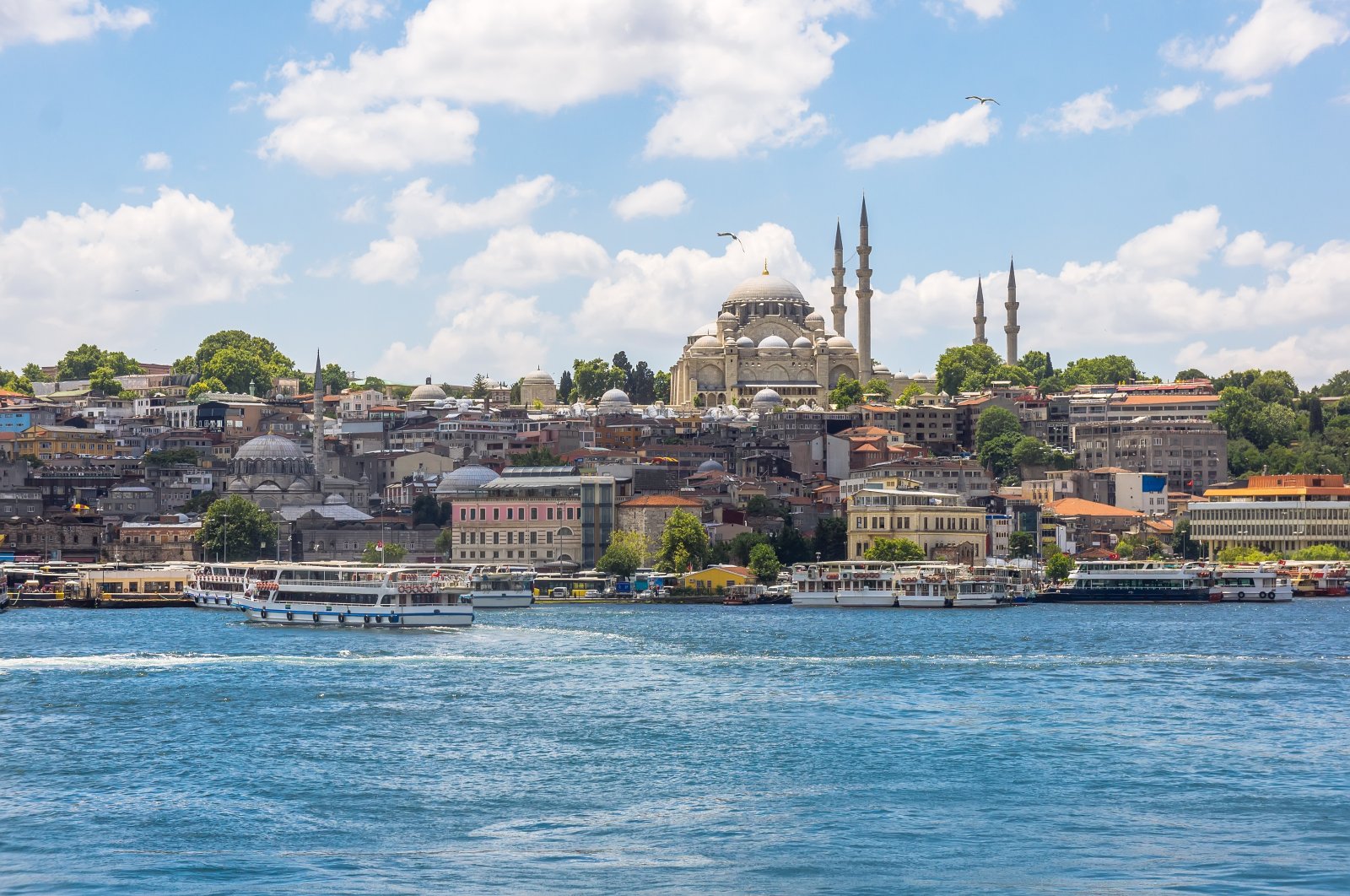 Many people will leave Istanbul during the long national holiday, giving others a chance to discover the city while it is relatively empty

This Monday, July 19, marks the start of one of the most important religious holidays in Turkey, Qurban Bayram, also known as Eid al-Adha, which at four-and-a-half days is also Turkey’s longest national holiday. Many will opt to combine the weekend’s preceding and following the holiday to take their annual vacation. This means that the duration of this holiday is the one time of the year in which the normally bustling city of Istanbul becomes relatively empty. This makes for a wonderful opportunity to embark on one of the many adventures Istanbul has to offer.

Referred to as "Qurban Bayram," which translates into English as the “Feast of Sacrifice,” this holiday commemorates the willingness of Prophet Ibrahim to sacrifice his son Ishmael for Allah, who provided a ram instead. As per tradition, the way the holiday is celebrated for many households in Turkey is to sacrifice a sheep, goat or cow and to distribute the meat evenly to family, friends and the needy. Being charitable is one of the Five Pillars of Islam and thus similar to many Islamic holidays, Qurban Bayram is very much about giving to those less fortunate, spending time with loved ones and feeling grateful for all we have.

Eid Mubarak is the official greeting during the holiday and from Arabic translates to “Blessed Holiday.” In Turkey, however, “Iyi Bayramlar” will also suffice and its meaning is to wish someone a good holiday. Elders are usually kissed on the top of the hand, which is then touched to the forehead. Homes will be cleaned in the days preceding the holiday and new clothes will be purchased as throughout the next four days visits will be paid amongst family and friends.

This Monday is the holiday’s “arife,” which means the “eve” of the actual celebration, beginning with the first official day of bayram, which will be on Tuesday, July 20. The days of the bayram are significant for a number of reasons. First and foremost, the official holiday is begins with a special prayer ceremony that will take place on Tuesday morning between 6-6:30 a.m., depending on location.

While this did not use to be the case, these days the sacrifice of an animal takes place in specifically prepared and designated locations overseen by the municipality. Decades ago, the ritual would take place in gardens and courtyards and in plain sight. These days you would be hard pressed to witness any evidence of the practice, which is done with a prayer and in as kind and respectful a manner as possible. It has also become a widespread practice to donate to certain organizations in lieu of going through with a sacrifice.

This year’s holiday will be nine days long; however, it is likely that banks will remain open until noon on Monday. Highway and bridge tolls will be discounted or free-of-charge throughout the week starting on Friday and most public transportation will be free from Tuesday to Friday next week. This makes for a wonderful opportunity to enjoy the vast variety of transportation options available. With many people choosing to vacation down south or to visit their hometowns for the holiday, the city of Istanbul will be as empty as it ever is for this one special time of the year.

One of the integral activities during Qurban Bayram has always been to take a stroll at night. As feasting is a heavy part of the day's activities, after dinner, families tend to take a walk together, especially in neighborhoods lining the coast. This is a wonderful time to be out and about in Istanbul as there is less traffic and everyone is feeling festive, so get out there and take a stroll. With public transportation predominantly free during the holiday, this is a great time to check out new neighborhoods you have yet to discover such as colorful Kuzguncuk or Balat. Or, you could use this opportunity to make your way to the Belgrade Forest for the best walking opportunity immersed in nature in the city.

The usually buzzing Sultanahmet district, known as Istanbul’s “old city” and home to the city’s most historical sites, will also be calmer next week with most commuters off on holiday. This makes for an opportune time to visit the normally crowded sites of the Grand Bazaar, the Cisterns, Hagia Sophia and Sultanahmet Mosque as well as the Islamic Arts Museum, Archeology Museum and Topkapı Palace, all of which generally remain open from the second day of the holiday, which is Wednesday, onwards.

No one can argue, in addition to the sites in Sultanahmet, Istanbul has some fantastic museums. However, they happen to be sprinkled throughout the city rather than concentrated in a single district. Thus, this holiday week presents the perfect opportunity to utilize the city’s public transportation and head to some of Istanbul’s most interesting and spectacular museums. From Istanbul Modern and Pera Museum to Sakıp Sabancı Museum Pera and the Rahmi M. Koç Museum, if you haven’t visited them yet, there is no better time than now. Or pay a visit to the new 15 Temmuz Müzesi, a museum in Kuzguncuk that recounts the unsuccessful coup attempt in 2016.

Walk on the wild side

The upcoming holiday would also be the perfect time to go on a true adventure at one of Istanbul’s excellent theme parks. Park of Istanbul is not only a medium-sized zoo with lions and monkeys and many other animals, but there is also a variety of zipline courses for kids and adults, a giant trampoline and swing, making for a great way to spend the day with the whole family. Then there is Vialand, which is Turkey’s largest amusement park with roller coaster and water rides perfect on a sweltering summer day. A trip to Forestanbul Adventure Park, which has challenging outdoor rope courses, rock climbing walls, ziplining and a huge swing, is also a fun and physical adventure.

One of the most delightful features of the vast metropolis is that Istanbul is in proximity to the Prince’s Islands, a series of quaint and picturesque islands in the Marmara Sea that are reachable from the city proper in less than an hour. Ferry boats and sea buses service the islands frequently and from multiple locations and stop in Kınalıada, Burgazada, Heybeliada and Büyükada. Each have their own characteristic value, therefore if you have seen one, you certainly have not seen them all. These islands, which are easily reachable yet feel a world away from the chaotic city with a predominantly pedestrian atmosphere of forested streets coupled with impressive architecture, serve as wonderful hiking and biking destinations; plus, they all have beaches to relax and cool down on.