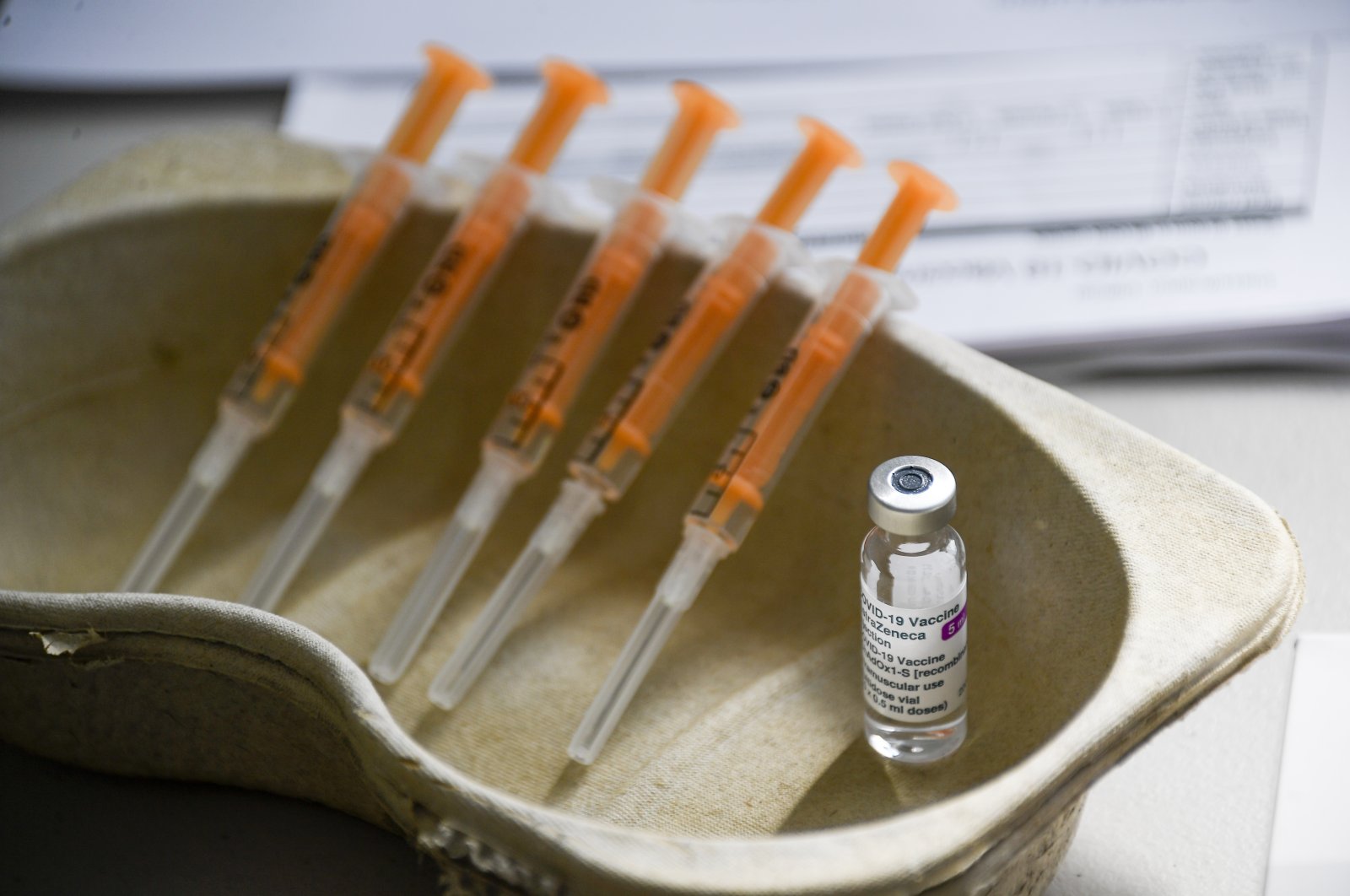 Scientists in the United Kingdom have identified the markers associated with rare blood clots that were linked to the COVID-19 vaccine developed by Oxford and AstraZeneca, and after a decision to restrict its use in under-40s there have been no new cases of rare and severe blood clots reported, British researchers said Wednesday.

Vaccine-induced immune thrombocytopenia and thrombosis (VITT) is a combination of blot clots and low platelet levels which has been labeled as a rare side effect of the viral vector COVID-19 vaccines made by AstraZeneca and Johnson & Johnson.

A higher occurrence of the side-effect in younger people has led many countries to put age restrictions on AstraZeneca's shot.

Around 85% of those who suffered rare blood clots after vaccination with AstraZeneca's COVID-19 shot in Britain were under 60 even though more of the shots were given to the elderly, the study found, in one of the fullest characterisations of the syndrome so far.

It found that in those aged under 50, incidence was around 1 in 50,000, in line with previous estimates, and experts said the study reinforced prior understanding of risk-benefit calculation of vaccination.

Sue Pavord, a consultant haematologist at Oxford University Hospitals who led the research, said the incident usually affected young people who were otherwise healthy, and was especially dangerous if it resulted in bleeding in the brain.

But she added that an initial spike of cases of the side-effect had subsided as the impact of Britain's decision to offer under-40s alternative shots in May filtered through.

"We haven't seen new cases for the last four weeks or so and this has been a tremendous relief," she told reporters.

The condition had an overall mortality rate of 23%, but that rose to 73% in cases with clots in the brain known as cerebral venous sinus thrombosis (CVST), though treatments like blood plasma exchange increased the survival rate for severe cases to 90%.

The researchers said they hoped the study would inform vaccination strategy but emphasised the importance of getting vaccinated, especially given much higher rates of other types of clots in severely ill COVID-19 patients.

The paper was published in the New England Journal of Medicine.

Out of 294 possible cases analyzed, 220 were found to be definite or possible cases of VITT, all of which followed the AstraZeneca rather than the Pfizer vaccine.

Multiple clots were found in around one-third of cases, and almost all those hospitalised with the condition experienced it between five to 30 days after a first dose of AstraZeneca vaccine.

J&J's single-shot vaccine is not being rolled out in Britain.