Anything to do with Bermuda? Caribbean seaweed mystery 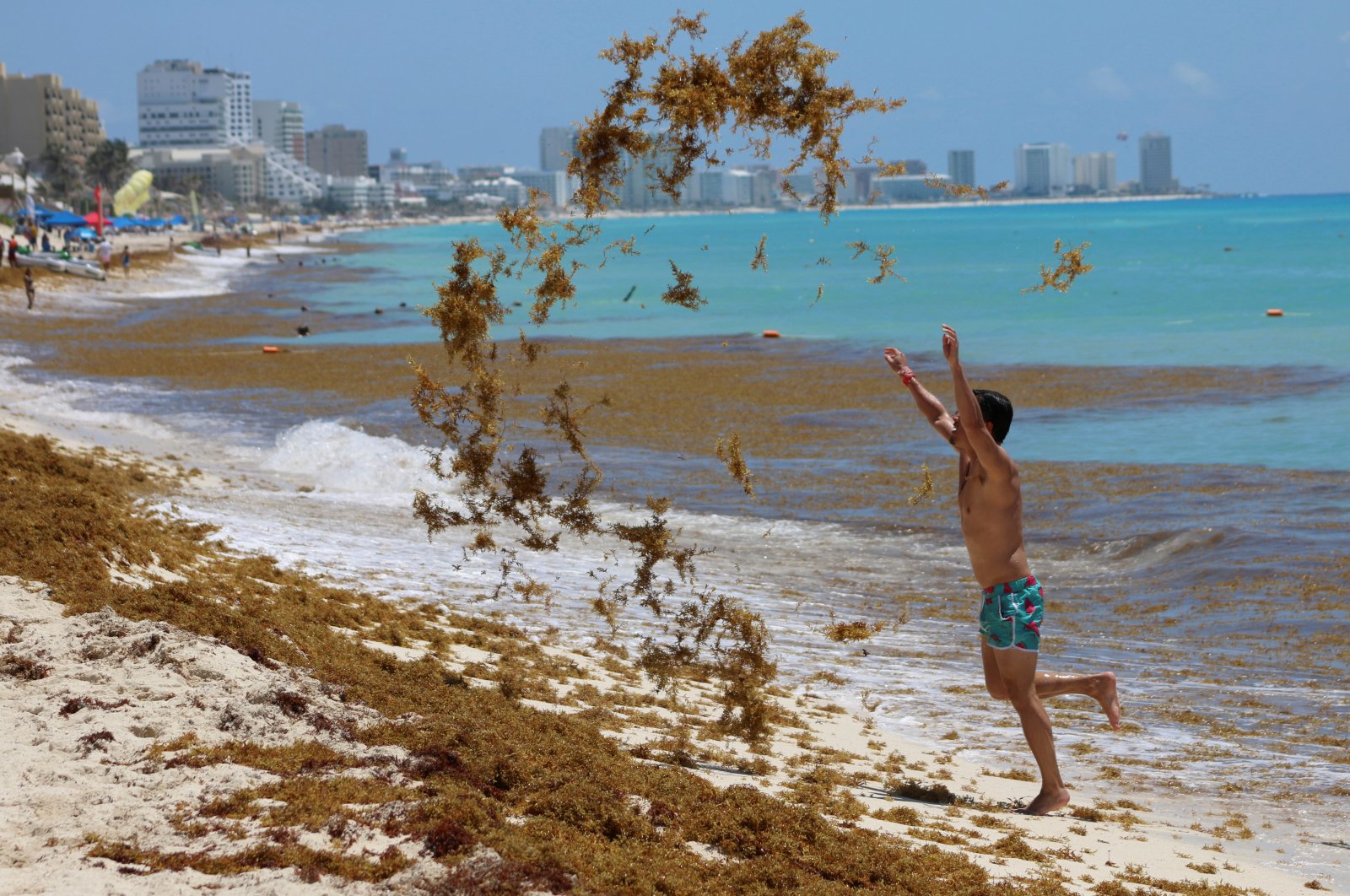 It was in 2011 that a band of seaweed longer than the entire Brazilian coastline sprouted in the tropical Atlantic, mystifying scientists as the area is known for its lack of nutrients that would feed such growth. A decade later scientists might finally have some answers, or at least some prime suspects.

A group of U.S. researchers believe they catched the perpetrator: human sewage and agricultural runoff carried by rivers to the ocean.

The science is not yet definitive. This nutrient-charged outflow is just one of several likely culprits fueling an explosion of seaweed in the warm waters of the Americas. Six scientists told Reuters they suspect a complex mix of climate change, Amazon rainforest destruction and dust blowing west from Africa's Sahara Desert may be fueling mega-blooms of the dark-brown seaweed known as sargassum.

"There are probably multiple factors" driving the growth, said oceanographer Ajit Subramaniam at Columbia University. "I would be surprised if there is one clear villain."

Still, a recent study examining the chemistry of seaweed from the 1980s up to 2019 offers the strongest evidence yet that water coming from city and farm runoff has been a major contributor to expansion of the so-called Great Atlantic Sargassum Belt, which now stretches for nearly 9,000 kilometers.

That study, co-authored by biologist Brian Lapointe at Florida Atlantic University, found that sargassum collected recently in coastal waters from Brazil to the southern United States, and including several Caribbean nations, contained levels of nitrogen that were 35% higher on average than in samples taken more than three decades earlier. The findings were published in May in the journal Nature Communications.

Nitrogen is found in human and animal waste and in fertilizers. The results suggest that sewage and farm runoff that's flowing into rivers throughout the Americas and then on to the ocean is feeding offshore sargassum growth. Currents carry much of this seaweed to the Caribbean Sea, where it's bedeviling the region's tourism-dependent coastal economies.

The samples also showed, for example, a 111% rise in the ratio of nitrogen to phosphorus during the same time frame. That ratio has been nearly constant across the world's oceans going back decades. The change suggests the water chemistry has been radically altered.

The researchers singled out the Amazon River for particular scrutiny.

As global temperatures rise, scientists believe that rainstorms are intensifying in certain areas of the globe, including over the Amazon. Those storms are increasing the frequency of extreme flooding, which likely is pushing more nitrogen-rich runoff out to sea, Lapointe told Reuters, in a sequence he calls "a double whammy."

Experts note that peak Amazon River flooding pushes a plume of nutrients hundreds of kilometers out to sea in March and April, coinciding with major sargassum blooms. From there, currents push the seaweed around the coast of Venezuela into the Caribbean Sea and sometimes even farther north into the Gulf of Mexico.

Climate change is also fueling stronger hurricanes, which at sea are pulling more nutrients up from the seabed to potentially fertilize sargassum.

Scientists have also theorized that dust from the Sahara Desert, along with smoke and ash, could be contributing to the seaweed boom. As the particles are blown westward over the Atlantic Ocean, they run into clouds and get rained down as fertilizing iron and phosphorus deposits in the water.

Proving exactly how much each of these factors might be contributing to sargassum's growth will take years of funding and research. But scientists say that doesn't mean governments can't act now to reverse the trend.

"This phenomenon will continue until there is a change in public policy," said Carlos Noriega, an oceanographer at Brazil's Federal University of Pernambuco. Brazil, for example, could slow deforestation, which has led to a boom in cattle ranching that allows loose soil, manure and fertilizer to wash into rivers.

He also noted the burgeoning human population in Brazil's Amazon region. The five largest cities there have grown by nearly 900,000 people since 2010, and much of the region lacks sufficient sewage treatment.

"Treating sewage and stopping deforestation, that's the only way to control it," Noriega said.