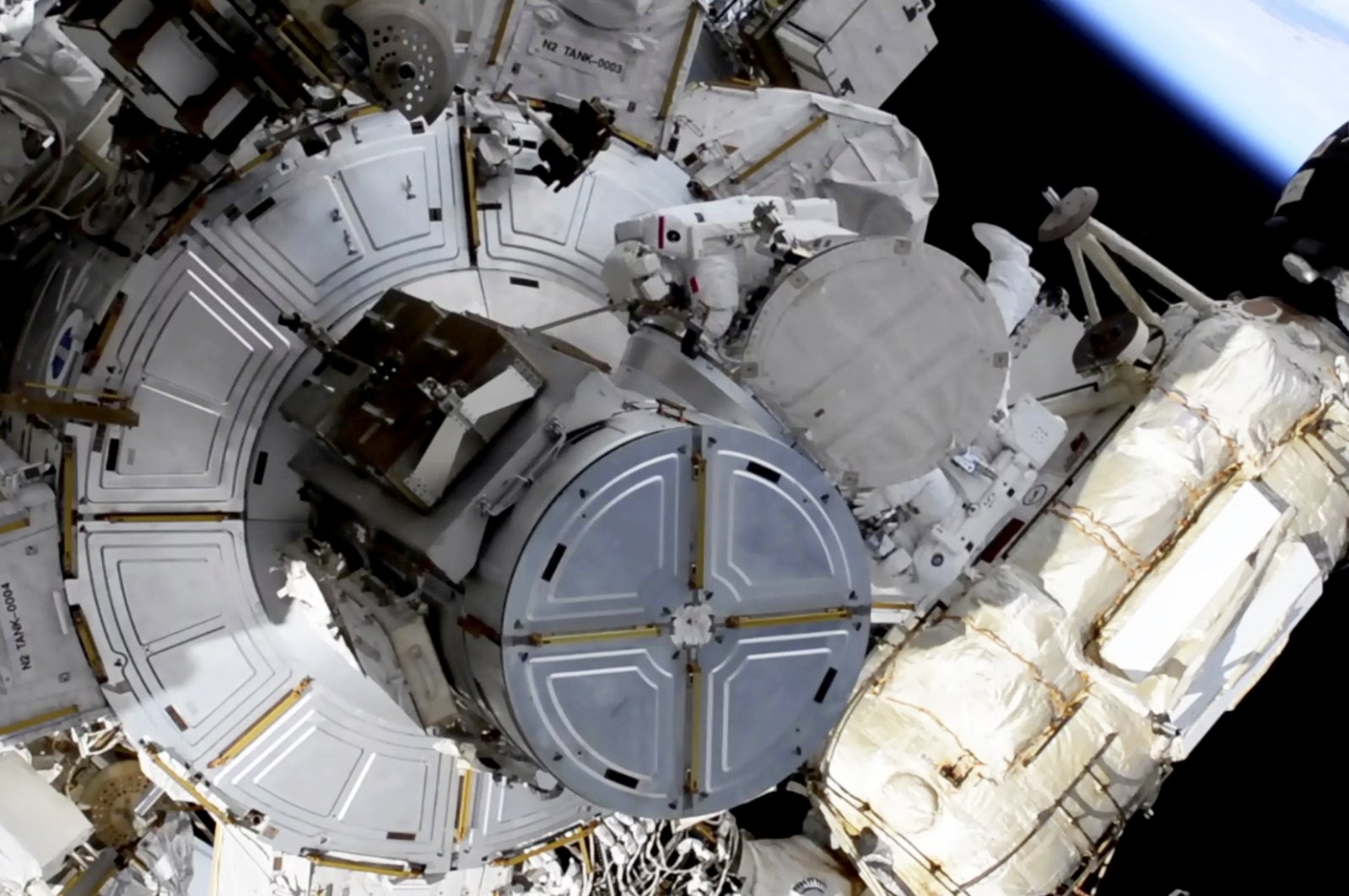 Hovering outside the International Space Station on Wednesday, astronauts Thomas Pesquet of France and Shane Kimbrough of the United States began the delicate task of installing new solar panels to boost the station's withering power systems.

It is the first of several excursions to augment the ISS's existing eight solar arrays, with the first pair operating continuously since December 2000.

The spacewalking duo was installing the first of six new rollout panels – but problems with display and controls on Kimbrough's spacesuit forced him to return to the station to reset his systems, and the time lost meant they will not complete the process Wednesday.

The spacewalks "are going to be very challenging, very complex, so we've got to make sure that we're both on the same page for every movement that we do," Kimbrough said ahead of leaving the airlock Wednesday morning.

Part of the installation procedure has to be carried out while the ISS is in the Earth's shadow, when the station is operating on battery power.

The combination of the original arrays and six smaller arrays that are more efficient will restore power by 20% to 30%.

"Together in combination they generate more power than what our original array when it was new did on its own," Dana Weigel, deputy manager of the International Space Station program said.

When the mission is complete, the ISS will be back to operating at 215 kilowatts. For comparison, a desktop computer and monitor runs at around 270 watts, and a small refrigerator uses about 725 watts.

The new arrays can be rolled out like yoga mats and are smaller and lighter than traditional solar panels.

NASA hopes to move forward with the technology for the Artemis mission to return to the moon, and similar panels will likely be used on a future lunar station called Gateway.