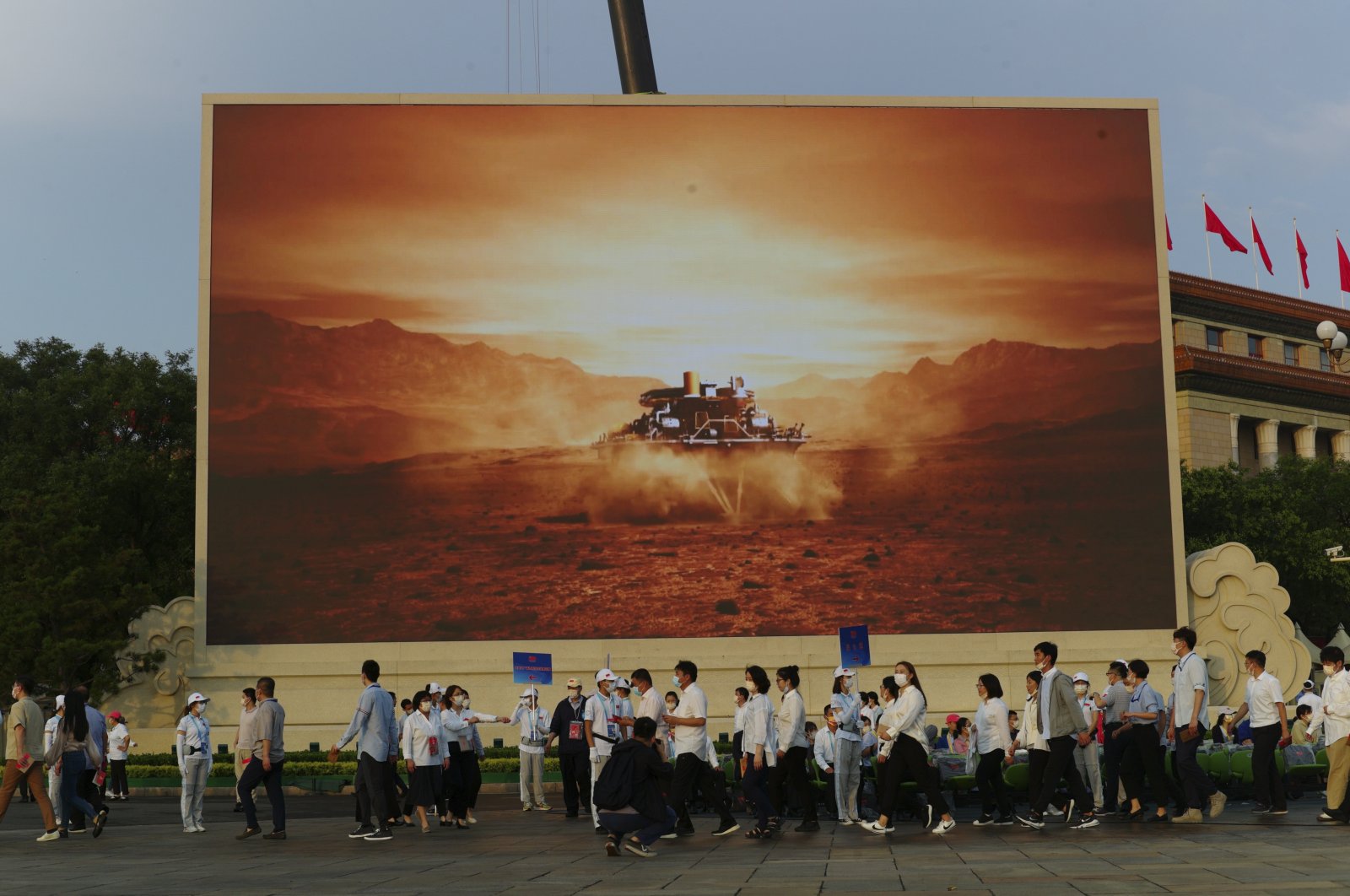 Attendees at a ceremony to mark the 100th anniversary of the founding of the ruling Chinese Communist Party pass by a screen depicting China's Mars spacecraft with its rover landing, in Beijing, China, July 1, 2021. (AP Photo)
by Associated Press Aug 23, 2021 9:58 am
RECOMMENDED

China's Zhurong Mars rover has completed its initial program of exploring the red planet in search of frozen water, which could provide insight into its history and whether it once supported life, and now the rover soldiers on.

China's National Space Administration said on its website Friday that Zhurong completed its 90-day program on Aug. 15 and was in excellent technical condition and fully charged.

It said it would continue to explore the area known as Utopia Planitia where it landed on May 14. Zhurong has been consistently sending back photos and data via the Tianwen-1 orbiter that crosses over it once a day.

After the United States, China is the second country to land and sustainably operate a spacecraft on Mars, where days are 40 minutes longer than on Earth.

At 1.85 meters (6 feet) in height, Zhurong is significantly smaller than the American Perseverance rover, which is exploring the planet with a tiny helicopter. NASA's rover has started collecting its first samples in August for return to Earth as early as 2031.

Concurrently, China is assembling its permanent space station, with three astronauts now aboard the Tianhe, or Heavenly Harmony, core that was put into orbit on April 29. Two of the astronauts completed their second space walk on Friday. All three are due to return to Earth in September and be replaced by a new crew.

China earlier launched two smaller experimental space stations. It has been excluded from the International Space Station largely at the insistence of the United States, which is wary of the Chinese space program's secrecy and close military links. Congressional approval is also required for any cooperation between NASA and the CNSA.

China also recently brought back lunar samples, the first by any country's space program since the 1970s, and has landed a probe and rover on the moon's less explored far side.

China first put an astronaut into orbit in 2003, becoming just the third country to do so.