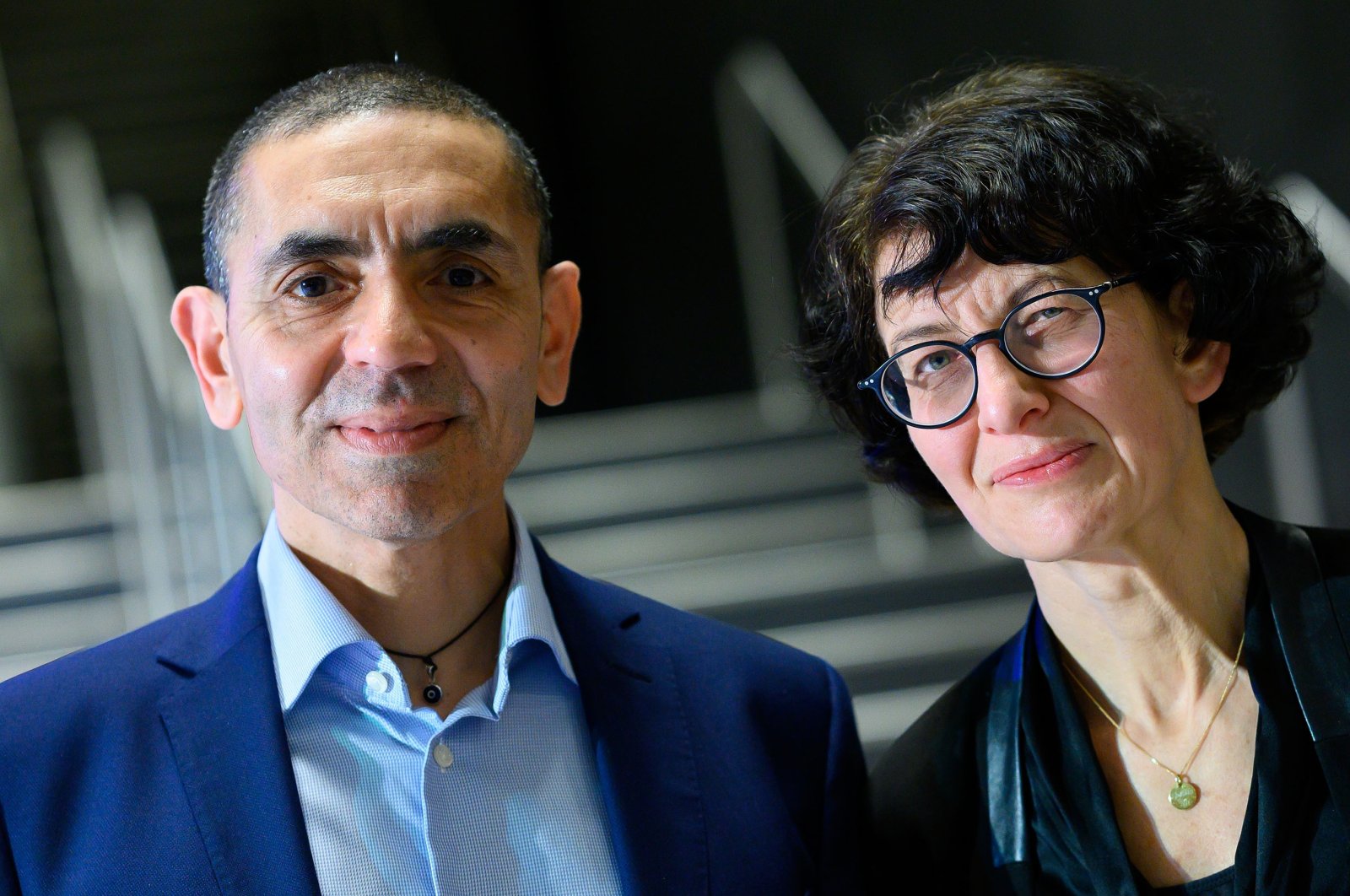 Uğur Şahin (L) and Özlem Türeci, who created the BioNTech coronavirus vaccine with Pfizer, pose together at the end of the Axel Springer Award ceremony, during a virtual awards show in Berlin, Germany, March 18, 2021. (Getty Images)
by German Press Agency - DPA Aug 23, 2021 9:29 am
RECOMMENDED

The incredible story of how two scientists, a husband-and-wife team, created the Pfizer/BioNTech COVID-19 vaccine is set to receive the audiobook treatment.

“Vaccine: How the Breakthrough of a Generation Fought COVID-19” will tell the story of how Uğur Şahin and Özlem Türeci created the world's first clinically-approved vaccine in the global fight against the coronavirus pandemic.

Audible has acquired the United Kingdom and Commonwealth rights to the fully authorized story of the medical breakthrough and it will be released exclusively in audio format in the U.K. on Sept. 14, before the print version and ebook are released at a later stage.

The audiobook, written by Financial Times journalist Joe Miller, will feature contributions from Şahin and Türeci, co-founder and executives at BioNTech, the German biotechnology company that developed the vaccine, which is distributed in partnership with United States pharmaceutical company Pfizer.

The book will detail the doctors' account of their race against the virus, based on more than 150 hours of interviews with the pair, as well as dozens of BioNTech staff, regulators, politicians and scientists from around the world.

It will describe how the scientists saw the unique threat COVID-19 posed soon after it emerged in Wuhan and tell how their company employed cutting-edge science to create viable vaccine candidates.

It will also detail that, while the vaccine itself took only weeks to create, the process was grounded in 30 years of scientific research and innovation, and offers a glimpse of the potential for the treatment of other diseases.

Miller said: “Having watched the record-breaking development of the world's first clinically-approved COVID-19 vaccine at close quarters, I am delighted to be able to tell the story of what will surely rank as one of the greatest scientific achievements of our age.”

“In their longstanding quest to target cancer, Uğur Şahin and Özlem Türeci believed in harnessing the powers of the immune system.”

“Their triumph, at one of humankind's darkest moments, was no happy accident.”

“As this account will explain, it was built on decades spent in perseverant pursuit of a single vision, one that now promises to unlock a new generation of vaccines and therapies.”

“We're honored to be releasing this important work as an Audible Original – demonstrating our renewed commitment to audio-first releases for premium books.”