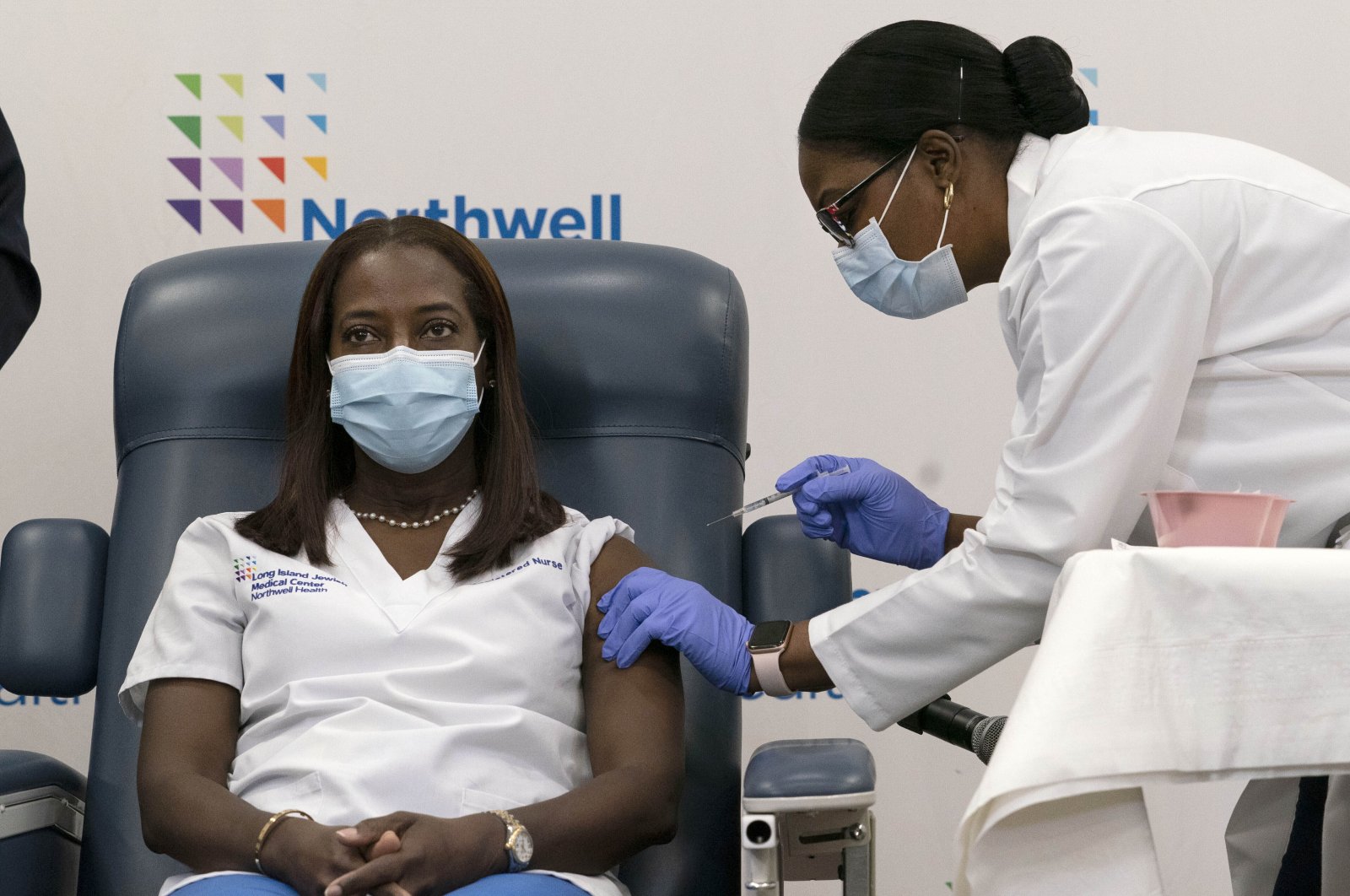 As part of its plan to chronicle the pandemic for future generations, the Smithsonian's National Museum of American History has obtained the vial that contained the first COVID-19 vaccine dose administered in the United States.

The acquisition, along with other materials related to that first vaccine dose, was announced by the museum on Tuesday to mark the upcoming one-year anniversary of the pandemic. Associated Press (AP) journalists were given an exclusive backstage look at the newly obtained materials, which include vials, special shipping equipment and the medical scrubs and ID badge of the New York City nurse who was America's first coronavirus vaccine recipient.

“We wanted objects that would tell the full story,” said Anthea M. Hartig, the museum’s director. “Everything from the scrubs to the freezer unit that shipped the vaccines.”

Although there are a host of COVID-19-related anniversaries taking place, the museum is choosing to mark Thursday – March 11, the day last year that the World Health Organization declared a global pandemic. That's also the week that much of American life shut down as the virus made inroads into offices, homes and sporting events.

“Our broadest mandate was to document this extraordinary period we were going through,” said Diane Wendt, a curator in the museum's medicine and science department. “We particularly had our eye on vaccine development from the start.”

The first dose of vaccine in the U.S. was given on Dec. 14, 2020, by Northwell Health, a New York-based health provider, to Sandra Lindsay, an intensive care nurse. The donation from Northwell includes the original Pfizer vials as well as the specialized shipping container, about the size of a hotel room fridge, that would deliver the super-cold Pfizer doses packed in dry ice.

“Our curators were particularly interested in the process and the packaging," museum spokesperson Melinda Machado said. “The story of the vaccine is not just what goes in your arm.”

The National Museum of American History closed on March 13 last year along with other Smithsonian facilities, including the National Zoo. It reopened on a limited basis in September but closed again around eight weeks later, before Thanksgiving, as local virus numbers started going back up.

But even with doors shuttered, Hartig said the museum had what she called a “rapid response collecting task force” of curators looking at ways to tell the story of this time in American history. Hartig said she also had parallel curation crews out gathering material from last year's wave of protests against police brutality and systemic racial iniquities and is now looking at artifacts to mark the Jan. 6, 2021, attack on the U.S. Capitol by supporters of then-President Donald Trump.

The new COVID-19 materials will join the museum's extensive medical collection, which includes one of the first batches of the polio vaccine developed by Dr. Jonas Salk in 1955 and specialized syringes and vaccination cards from that era. The collection also includes the personal blue and pink plastic COVID-19 model donated last week by Dr. Anthony Fauci, the longtime immunologist who has become synonymous with the fight against the virus.

Museum officials say they aren't sure if the coronavirus-related materials will be on display immediately when the museum reopens later this year. For now, they are planning to use them as part of a larger display on the history of medicine that is expected to debut next year.