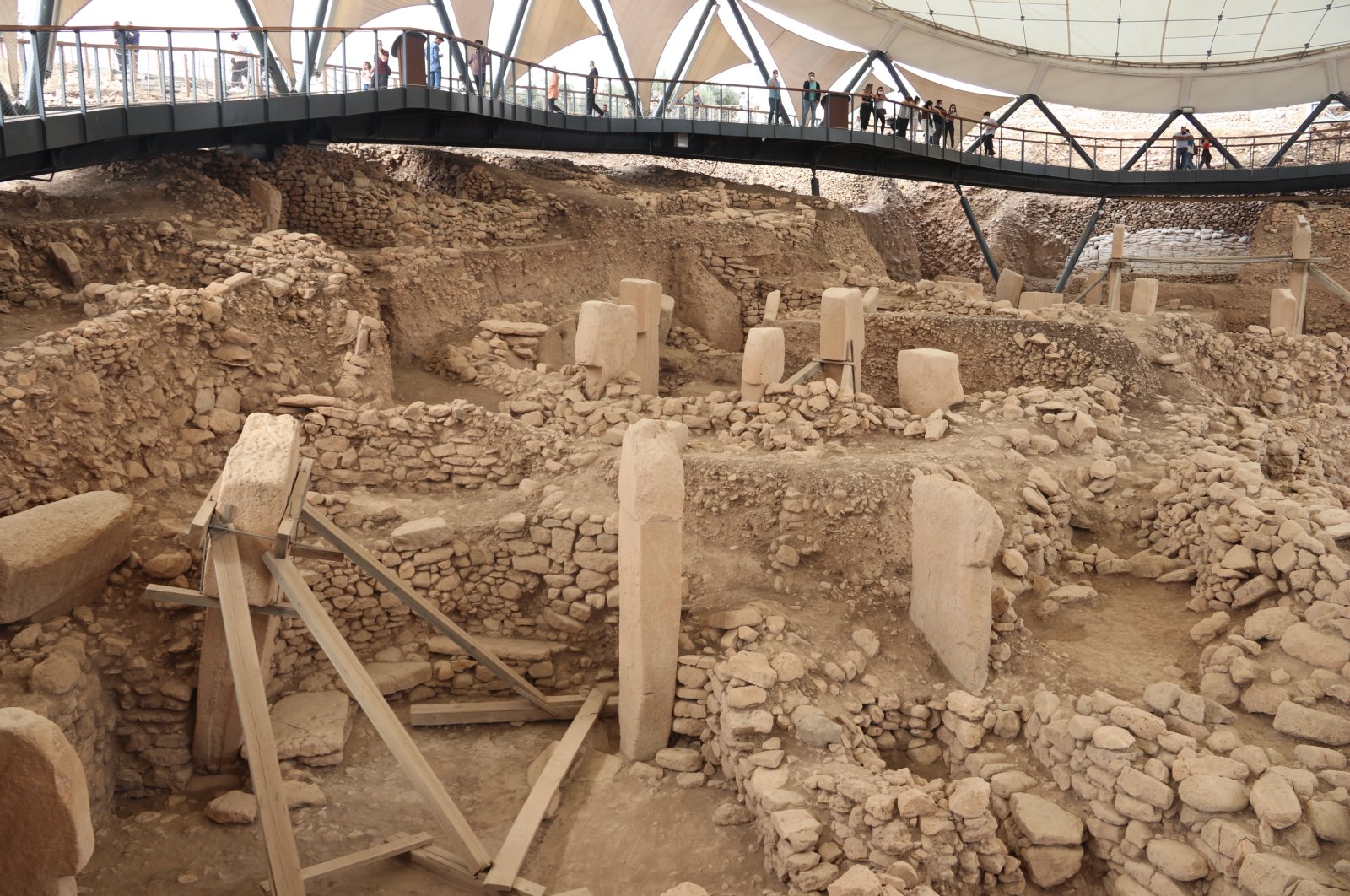 A general view of an excavation site is seen at Göbeklitepe in the southeastern province of Şanlıurfa, Turkey, Oct. 27, 2021. (Reuters Photo)
by Anadolu Agency Oct 27, 2021 3:08 pm
RECOMMENDED

One of the oldest and most mesmerizing archaeological finds in the world, Göbeklitepe has become a favorite destination for tourists in Turkey’s southeastern Şanlıurfa province.

Göbeklitepe has been on the United Nations Educational, Scientific and Cultural Organization’s (UNESCO) World Heritage Tentative List since 2011. It was discovered in 1963 when researchers from the universities of Istanbul and Chicago were working at the site.

Speaking to Anadolu Agency, the mayor of Şanlıurfa metropolitan municipality, Zeynel Abidin Beyazgul, said: "Şanlıurfa is a city of history, archeology and tourism. Göbeklitepe’s being on the UNESCO World Heritage List has contributed to Şanlıurfa being one of the best-known places in the world."

He said Göbeklitepe is one of the destinations in Şanlıurfa that domestic and foreign tourists want to explore the most.

"Şanlıurfa will set new records in the coming period in terms of hosting domestic and foreign tourists," he said.

Noting that the archeological site attracted more attention after it was included on the UNESCO World Heritage List three years ago, Beyazgul said the number of visitors from abroad is increasing every year due to the mystery and secrets waiting to be solved at Göbeklitepe, which is described as a “zero point in time.”

"Şanlıurfa, which is almost an open-air museum, continues to be the attraction center for domestic and foreign tourists with its cuisine, cultural values and music as well as its ancient history,” he added.

Muslum Coban, the head of the Regional Tourist Guides Chamber in Şanlıurfa, told Anadolu Agency that approximately 500,000 people visited Şanlıurfa in the first nine months of this year.

"We predict that the number of visitors will reach millions very quickly after the (coronavirus) pandemic," he said.

He added that after Turkish President Recep Tayyip Erdoğan declared 2019 the "Year of Göbeklitepe," the number of visitors to the site increased significantly.

Coban underlined that although Şanlıurfa and Göbeklitepe did not host the expected number of visitors in 2020 due to the pandemic, with normalization efforts, Göbeklitepe is attracting tourists’ attention.

Rahime Yaşar, the deputy head of the Şanlıurfa Tourism Development Association, said "Göbeklitepe, particularly during the pandemic, is one of the rare places that can give visitors a breath of fresh air with its nature and history."

"We have three places on the UNESCO World Heritage List from our region, including Göbeklitepe. Moreover, seven other places are on the tentative list," she said.

She said Göbeklitepe is always at the forefront as the most important destination for tourists.