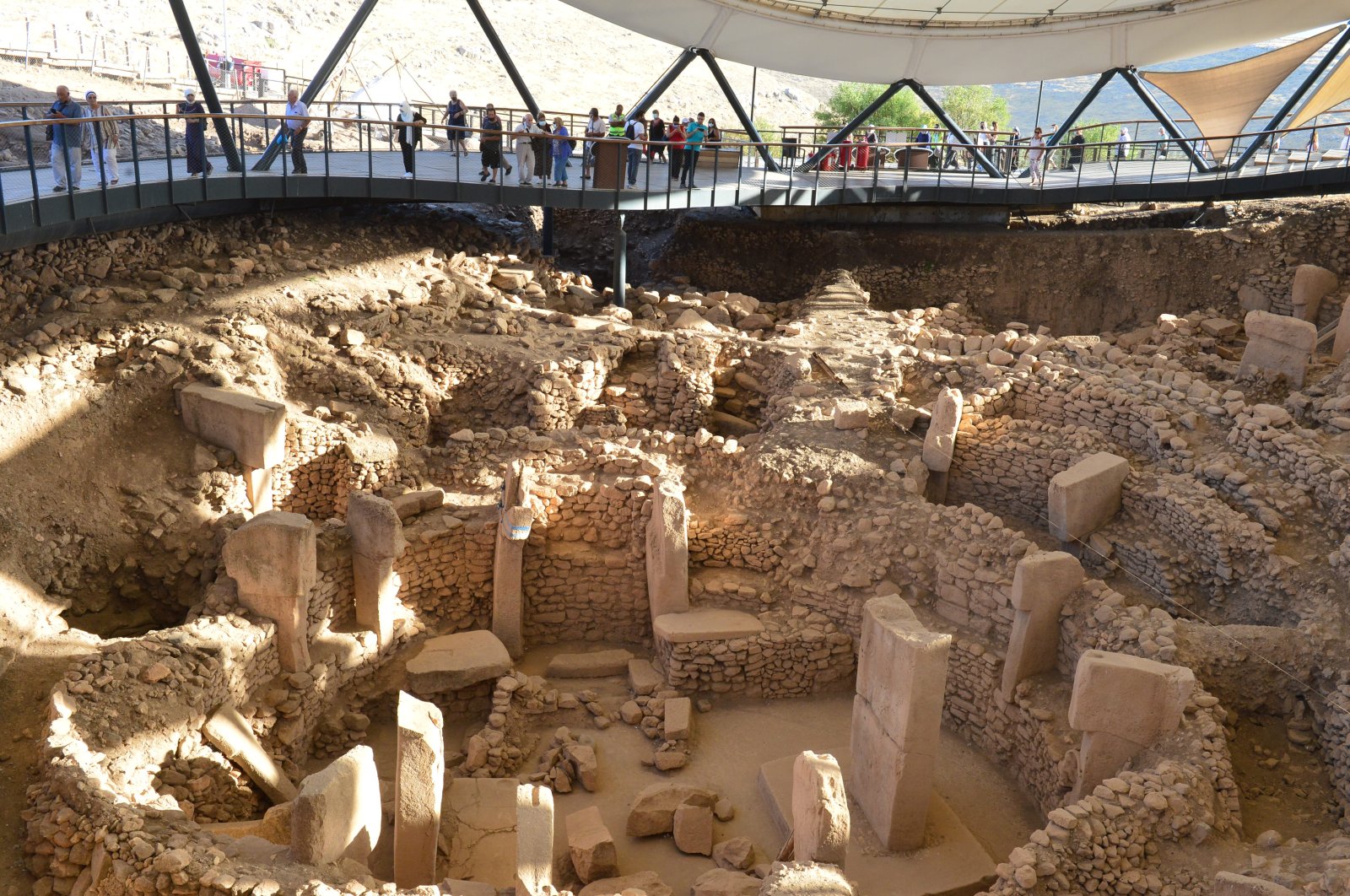 The United Nations headquarters in New York will permanently host the replica of an obelisk unearthed from Göbeklitepe, a 12,000-year-old heritage site in Anatolia

A one-half scale replica of one of the T-shaped obelisks found in Turkey’s prehistoric site of Göbeklitepe will be installed on the grounds of the U.N. headquarters in New York.

Work on displaying the replica of the P18 obelisk from Göbeklitepe, located in Turkey’s southeastern Şanlıurfa province, began on Monday as part of a joint effort by Turkey’s Culture and Tourism Ministry and Foreign Ministry.

The replica, like all the obelisks in Göbeklitepe, was carved out of limestone – known in the region as "Şanlıurfa stone" – over the course of around two months by Ahmet Demirtaş, an archaeologist and sculptor from Şanlıurfa, and his team.

Installation work of the replica and landscaping is set to be completed this Saturday, followed by an opening ceremony on the sidelines of the U.N. General Assembly (UNGA), with the attendance of Turkish President Recep Tayyip Erdoğan and Culture and Tourism Minister Mehmet Nuri Ersoy.

The replica obelisk will be the second ancient Anatolian work in the U.N. headquarters in New York. In 1970, an enlarged copy of the Kadesh Peace Treaty, which is one of the oldest examples of diplomatic texts in history and was signed after the Battle of Kadesh between the Hittites and Egypt in the 13th century B.C., was first exhibited at the U.N.

The copper replica of the original agreement in the Istanbul Archaeological Museum, made by artist Şadi Çalık and presented to then-U.N. Secretary-General U Thant, is still on display on the second floor of the U.N. conference building.

In addition, a modern furniture set gifted by Turkey in 2013, decorates the area on the second floor of the U.N. conference building known as "South Hall."

The U.N. headquarters hosts a collection of 196 artworks, historical objects, and architectural pieces officially donated by member states, foundations, and individual donors since 1950.

According to the information on the U.N.'s official website, among the 196 works are the bronze ship monument from Ireland called “Arrival;” the replica of “The Golden Man," a gold costume found in the Issyk kurgan from Kazakhstan; the “Mosaic of the Fours Season” from Tunisia; "Good Defeats Evil" sculpture commemorating the signing of the Intermediate-Range Nuclear Forces Treaty in 1987 from Russia; the sculpture "Non-violence" depicting a 45-caliber revolver with its barrel tied in a knot from Luxembourg; the replica of "The Codes of Hammurabi" from Iraq; Persian carpet from Iran and the "Five Continents (Clasped Hands)" painting by Salvador Dali.

Göbeklitepe was discovered in 1963 by researchers from Istanbul and Chicago universities. Accepted as "the oldest temple in the world" by many international institutions, the famed ancient site broke the mold for assumptions about the history of humanity.

Before Göbeklitepe was discovered, it was believed that people that lived 12,000 years ago were hunter-gatherers and led a primitive life. However, the fact that the temple was erected circa 10,000 B.C. changes our understanding of past civilizations. To construct such a temple, the ancient people must have already known how to build a shelter and cultivate agriculture.

Göbeklitepe revealed that its ancient settlers had developed an advanced understanding of engineering before completely settling and they also had a sense of aesthetics as indicated by the sculptures. But most importantly, the temple proves that the settlers had their own beliefs that lead them to build magnificent structures even though faith was previously thought to have no place in primitive hunter societies.

"Göbeklitepe is one of the first manifestations of human-made monumental architecture. The site testifies to innovative building techniques, including the integration of frequently decorated T-shaped limestone pillars, which also fulfilled architectural functions," UNESCO's website says.

In joint work at the site since 1995, the German Archaeological Institute and Şanlıurfa Museum have found T-shaped obelisks from the Neolithic era towering 3 to 6 meters (10 to 20 feet) high and weighing 40-60 tons.

During the excavations, diverse 12,000-year-old artifacts such as human statuettes 65 centimeters (26 inches) high were also unearthed.