Do I need COVID-19 tests or vaccines for international travel? 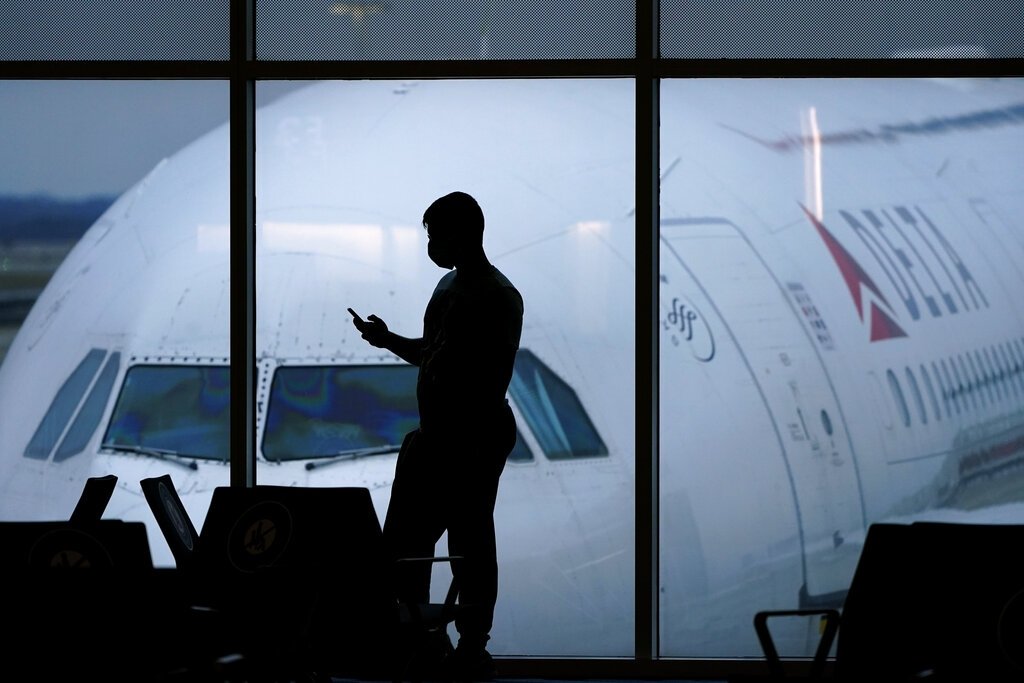 A passenger wears a face mask to help prevent the spread of the new coronavirus as he waits for a Delta Airlines flight at Hartsfield-Jackson International Airport in Atlanta, Thursday, Feb. 18, 2021. (AP Photo)
by Daily Sabah with AP Feb 19, 2021 1:40 pm
RECOMMENDED

Well, it all depends on where you’re headed.

In an effort to limit the spread of new coronavirus variants, most countries are requiring incoming travelers to show a recent negative test.

The U.S., for example, will accept results from either a polymerase chain reaction (PCR) test that detects the genetic material of the virus – considered the most sensitive type of test and the golden standard – or a rapid test that looks for viral proteins called antigens. Antigen tests are much quicker but less reliable indicators for the coronavirus. The tests must have been taken no more than three days before departing for the U.S.

Health professionals usually give more sensitive lab tests via a nasal swab that take a day or more to yield results. Rapid tests have a turnaround time of about 15 to 30 minutes and are increasingly used to screen people at testing sites, offices, schools and nursing homes. For some rapid tests, users can swab themselves at home.

With either test, the U.S. requires electronic or printed proof of the negative result from a medical laboratory. That means that even if you plan to get the faster test, you’ll likely need to see a health care provider who can provide documentation.

England has a similar setup, accepting results from both types of tests. But health authorities there are imposing extra requirements, including that the tests meet certain thresholds for accuracy. Travelers are told to check to make sure their test meets the standards. However, the country has also imposed heavy fines and prison terms for rule-breakers of its COVID-19 restrictions and mandated quarantine for citizens traveling from high-risk countries.

Turkey also joined a list of countries to change its rules for travelers from abroad recently. Those wishing to travel to Turkey are required to submit negative PCR tests carried out within the last 72 hours before arrival, while travelers from Denmark, the United Kingdom, South Africa and Brazil will have to stay in quarantine for 14 days in Turkey. Travelers from the U.K. and Denmark are allowed to self-isolate at the location where they plan to reside during their stay, while those from South Africa and Brazil will be quarantined at state-run student dormitories. Travelers will undergo a second test on the 10th day of their stay, and if negative, they will be allowed to end isolation early.

After countries instituted varying requirements, officials in the European Union agreed to standardize requirements. The EU announced Thursday that they had adopted a list of COVID-19 rapid antigen tests whose results would be recognized across the 27-nation bloc and would be accepting these certificates for inter-bloc travel.

The Netherlands has also required incoming travelers to show two recent negative test results, one from a PCR test within the last 72 hours and one from a rapid antigen or “LAMP” (loop-mediated isothermal amplification) test within four hours of their flight.

Iceland became the first European country in late January to provide vaccination certificates for citizens who received two doses of the COVID-19 vaccine. The country said it will accept similar documents issued from EU or Schengen countries as well. The Nordic countries of Denmark and Sweden have also said they will roll out a digital passport for vaccines, as did Poland last month.

Similarly, Estonia has been partnering with the World Health Organization (WHO) to issue “smart yellow cards" using blockchain technology to offer proof of vaccination. Those who have already had COVID-19 are obligated to present a negative PCR test result.

Romania lifted the quarantine requirement for travelers who can prove they have received two doses of the COVID-19 vaccine, though some countries such as the U.S. are still not permitted entry. Meanwhile, Bulgaria also lifted the requirement for a negative PCR test for students coming from Turkey, Greece, Serbia, Macedonia and northern Romania, and who travel to the country every day or at least once a week. But for the rest, the country mandates a negative PCR test result 72 hours prior to travel.

Georgia announced that travelers arriving by plane from EU countries, Turkey, Israel, Switzerland, the U.S., Saudi Arabia, the UAE and Bahrain would be able to enter the country without a vaccine passport or report but that they would need to show a negative PCR test, and get another test on their third day in the country, to be paid out of their own pocket.

The Republic of Seychelles does accept entry from vaccinated travelers and has lifted obligatory quarantines but also requires a negative PCR test less than 72 hours prior to flying.

Last month, Sri Lanka and the Maldives became one of the few Asian countries to allow international travelers entry without being subject to strict quarantines. Though the former introduced a rather interesting concept that allows tourists to travel within “bio bubbles,” where they stay in approved hotels and visit approved sites while undergoing frequent testing. Visitors are also not allowed to mingle with the local population for the first 14 days of their stay.

New Zealand and Australia currently do not allow international travelers and had a mutual travel bubble in place but have suspended that for 72 hours. Passengers are required to submit medical certificates and a negative test result. LAMP, PCR or RT-PCR tests are accepted.