Turkey's pride Togg and other highlights of CES 2022 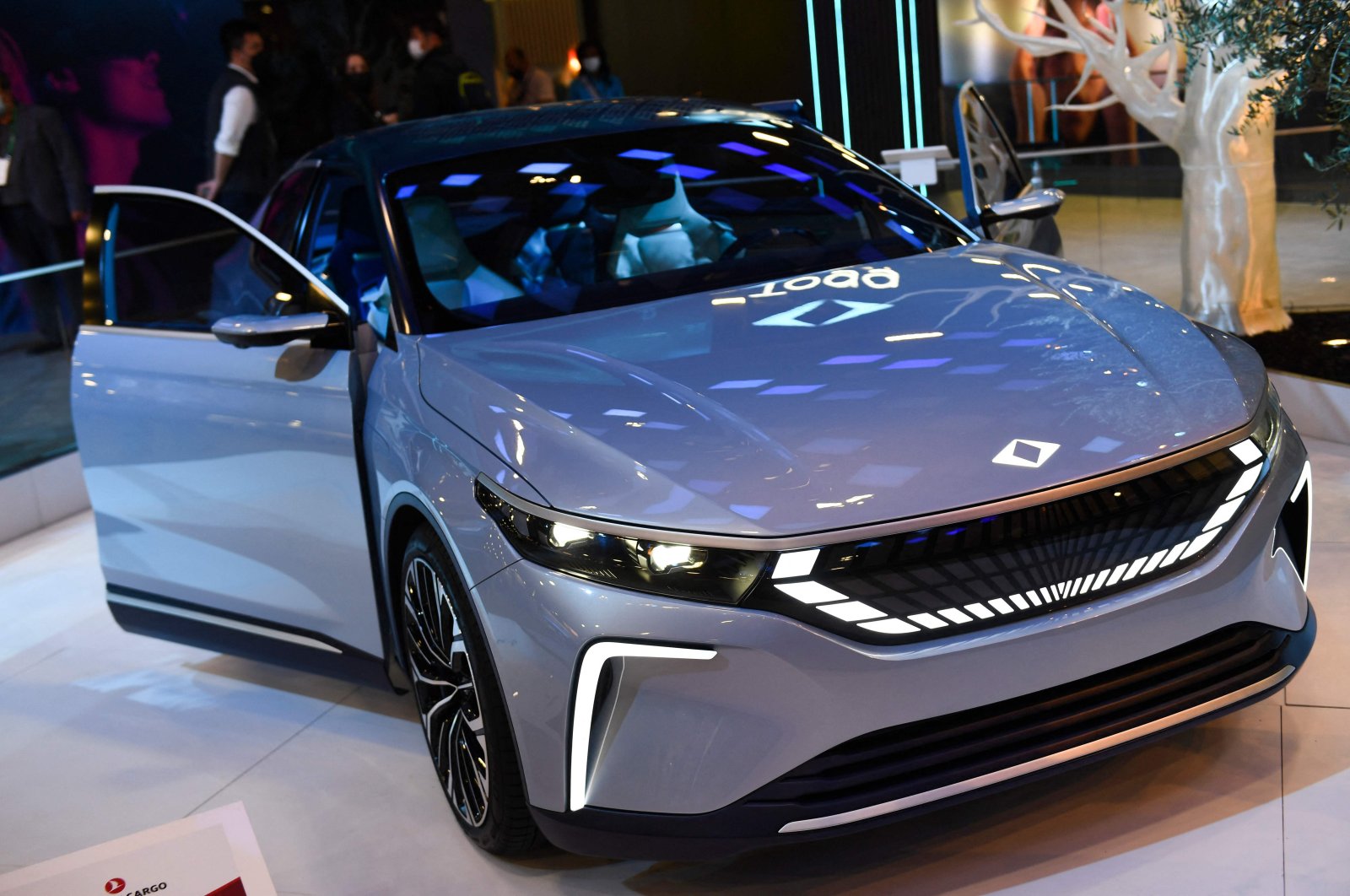 This year's Consumer Electronics Show (CES) was a true blast, especially for Turks. The domestically-produced electric car Togg was one of the highlights at CES 2022, and there were many other novelties. Let's take a look

Consumer Electronics Show (CES) fairs are always a good opportunity to take a glimpse at what the future holds in the realm of technology.

Let’s take a look at the most exciting pieces of tech that CES introduced to the world.

Turkey’s domestically-produced electric car, the iconic Togg, was unveiled to vast audiences at this year’s CES.

Making its international debut at one of the world’s largest technology and gadget fairs, Togg was one of the highlights of the fair, which opened its doors in Las Vegas last Wednesday.

With the gathering of thousands of people at CES, which has been scaled back because of COVID-19 pandemic precautions, the consortium developing Turkey’s indigenous car showcased the "Transition Concept Smart Device," an all-electric fastback concept car.

"We define ourselves as a technology company," Karakaş told a press conference at the event. "That is why we are at CES, the gathering place for the latest technological innovations and firsts," he outlined.

The illuminated Togg logo, meanwhile, is unique to the car and represents the unification of Eastern and Western cultures.

“The two arrows in the logo design represent the fusion of East and West, forming a gemstone in the center,” said Karakaş.

“Additionally, our logo emphasizes that Togg is a technology company that connects technology and people at the juncture of today and tomorrow through its life-improving mobility solutions,” he added.

Inside, the fastback features a sporty steering wheel, four single seats with seatbelts integrated within them and a plethora of infotainment screens.

Karakaş said that Togg’s technologies, brought together under the "Smart Life" platform, encompass much more than a fully connected car.

"We’re building Togg with a completely user-centric approach. If a product doesn’t create user value, it will not survive," Karakaş noted. "We are creating mobility solutions through a business model that's user-centric and data-driven. We’re developing solutions that will enable a more comfortable mobility experience through the ecosystem, and that will grow around our smart device," he explained.

Another impressive piece of tech that I’m personally very hyped about.

Having used the first PS VR on my PlayStation 4, I am truly excited for the even more developed version of the device that was already one of the cheapest and best options for a seamless virtual reality (VR) experience.

Even though it had a fairly low-resolution 720p screen and was an overall entry-level VR option, the PS VR was appreciated for its ease of use and its low price point.

In the next iteration of the device announced at CES 2022, the headset is rumored to be much smaller for more comfort and there will be two controllers for both hands to manipulate objects in VR.

And the announcement of "Horizon: Call of the Mountain," which will be a VR exclusive in PlayStation’s beloved Horizon series, has surely created much excitement among fans.

Amid the excruciating chip crisis and exorbitant prices of video cards, Nvidia announced its new powerhouses during CES 2022.

The new Nvidia cards will come equipped with the GDDR6X technology developed by Micron for better performance on Nvidia graphics cards.

If, we can get our hands on any of them, so to say.

That’s another piece of tech I’m personally excited about. Remember the days when phones had actual, clickable, tactile keys? Do you want to relive that irreplaceable tactile feel as you communicate instead of just touching on glass? That’s where Astro Slide enters the equation.

The device will feature a modern design compatible with a standard Android version and will look like a normal Android phone when closed. But when you slide the patented hinge, the screen will reveal the full backlit keyboard underneath all the while getting in an angled position for the best viewing angle possible on such a small setup.

If you like the tactile feel of keys, you should take a look at what Planet Technologies has to offer with the Astro Slide.

After arguably losing the throne to AMD in recent years, Intel is making a solid comeback. At CES 2022, the chipmaker introduced its Alder Lake line of processors while the “reds” responded to the Ryzen 6000 series.

Intel’s line headed by the flagship Core i9-12900HK looks to dominate the mobile processor market as propagated by the company but AMD seems to disagree. In a statement released by the AMD boss Lisa Su, the chairperson said that “AMD wants the silicone to talk.”

“When you look at the last four or five quarters, you can easily see the strength of Ryzen in the market,” Su said.

“We will continue to display our power with the premium segments of the Ryzen series,” she added.

Considering that gaming laptops are increasingly chosen as daily drivers by gamers and business professionals alike for their sheer processing power, Intel is tightening its grasp on the market. But as competition brings out the best, it’s for the good that Intel and AMD keep trying to surpass each other.

There were many other novelties released at CES 2022, including new phones by OnePlus, Vivo, Samsung and others; a color-changing car by BMW, modern new record players that will take retro-minded people like me on an analog music ride, LG’s flexible OLED display technology and Panasonic’s new 77-inch OLED TV, new gaming gear by ASUS and many other impressive pieces of tech were on display.

I hope that the chip crisis ends soon and global prices go down so that we will be able to get our hands on many of these technologies to enjoy.