You only need a screen: Nvidia GeForce Now arrives in Turkey 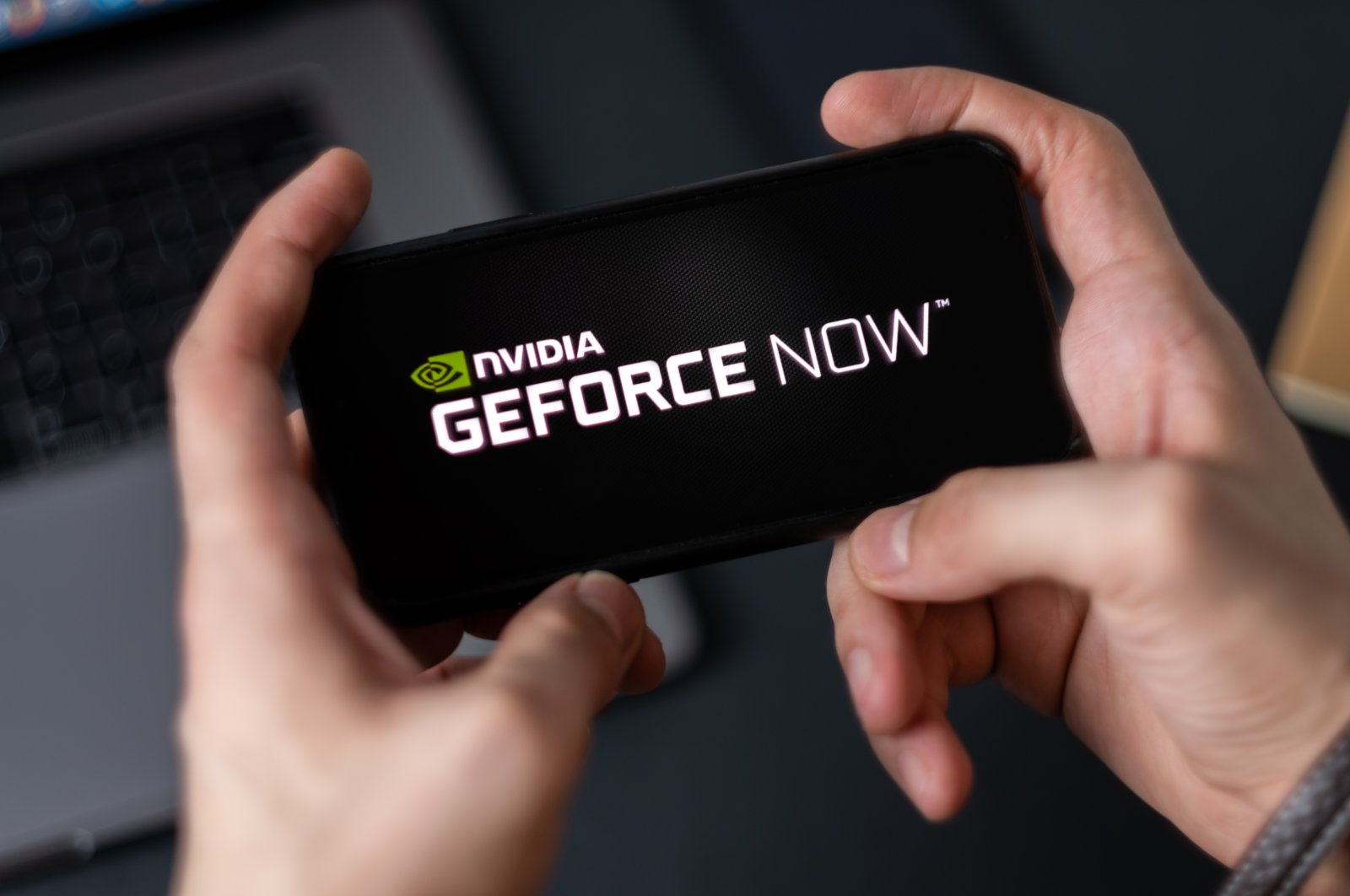 No more graphics cards worth hundreds of dollars. No more worrying about whether your RAM will be sufficient or your processor will have enough horsepower. You only need a screen because GeForce Now is here

Though it now may have a thriving community of millions of players, Turkey's first introduction into the world of gaming was slow and came with mammoth arcade machines, bringing along specialty arcade cafés that seemed to pop up overnight.

These coin-up machines later shrunk down to the size of a small book as the Nintendo Entertainment System (NES) era kicked off in the country, making gaming mainstream.

To be brutally honest, NES was a name synonymous with piracy during those times. Not only the games but the consoles themselves were copied all around the world. As the NES was released as a Family Computer (Famicom) in Japan, NES clones, such as Russia’s Dendy, Taiwan’s Micro Genius and others, came to be known as “Famiclones.”

The original NES was hard to come by in many countries. No matter which seller you visited, you would stumble upon another shiny Famiclone. Piracy was not a choice, but rather an obligation, especially for developing countries in the late 1980s and early 1990s.

Sony’s PlayStation took the throne later on. Released on Dec. 3, 1994, it continued its dominance for nearly 10 years. Playing on NES clones – and ironically calling them “Atari” – for over a decade, Turkish gamers’ new favorite was now the PlayStation.

A new console and a new decade did not change much, as the 1990s and early 2000s were no different. PC gaming was thriving in that decade in Turkey, especially with online games such as Ultima Online in the days of the glorious 56K dial-up internet. Nevertheless, console gaming was based around piracy, either because astronomically-priced original copies were nowhere to be found or the lack of official distributors. While consoles were usually affordable due to parallel imports, importing highly expensive titles which would not guarantee as much revenue was not a priority for tradespeople. The PlayStation 2 era was the same. But with the birth of PlayStation 3, which made piracy nearly impossible, the gaming scene changed dramatically.

End of piracy – for good

Turkish gamers were, willingly or unwillingly, avoiding piracy now, turning the country once again into a lucrative market for game makers.

As the PlayStation was by far the most popular console, Sony shifted its policies in a very positive way. The famous Uncharted series was released with full Turkish support. Electronic Arts’ (EA) FIFA games were now receiving Turkish support, too.

The same continued in the PS4 era, and Turkish support for triple-A titles was commonplace now. Fast forward to today, this proved true once again with maybe the most anticipated game of the last century, Cyberpunk 2077, as CD Projekt Red released the game with full Turkish language support, including in-game elements such as elevator buttons and signs on the streets.

But, what if you could play any game at the highest frame rates, highest quality at 1080p resolution (of course, if you are not a 4K-obsessed pixel freak) on any screen? Cyberpunk 2077, on your phone? Nintendo Switch has already achieved this mobility with the aptly nicknamed “Switcher 3” but, you get my point.

California-based OnLive was the first-ever company to float that idea: a supercomputer would run the games with the highest quality possible, and you would remotely control that machine to play the games you wanted.

The “cloud gaming” idea was solid; play on any device, be it a laptop, entry-level PC, Mac, tablet or phone, provided that you have a stable and fast internet connection.

Nevertheless, the company inevitably failed, as the internet infrastructure in the early 2010s was not sufficient in terms of input lag, aka ping rates.

Many other companies have tried and failed, and Google is also struggling these days. Stadia’s infrastructure is reportedly well-built but its service model, which requires you to buy the games once again and only valid within Stadia, has dealt it a huge blow.

One of the more successful attempts came from Microsoft. With its Xbox Cloud Gaming, the company provides a decent experience, which I believe is a part of its “Grand Plan”.

Nvidia also accepted the reality and did not whine about the possibility of a decline in the sales of its graphics cards over the fact that cloud gaming would eliminate the end user’s need for physical rigs. Instead, Nvidia took a very big step to bring cloud gaming mainstream. Nvidia’s attitude was the perfect antidote to media moguls’ efforts to stem the spread of the internet over concerns that it would render newspapers obsolete.

Enter GeForce Now. GeForce Now first kicked off abroad with its beta phase initiated in late 2015. Over the years, it has spread to many countries. It already had a smaller user base in Turkey but people were struggling with high ping rates, so it failed to gain traction. Seeing the potential of the Turkish gaming scene, Turkcell and Nvidia joined forces in late January to bring GeForce Now servers to Turkey.

Turkcell’s Game+ service is now in its beta phase in Turkey, and some users have been lucky enough to experience this cloud gaming service. Turkcell says that the servers will soon be active and the service will be open to the public.

Though I am still on the waitlist, review videos so far seem impressive. There is virtually no noticeable input lag as servers are located right within Turkey to provide a seamless experience.

You will need a 25 Mbit/s internet connection for a feasible 60 FPS experience in 1080p resolution. A connection of 15 Mbit/s will be enough for a smooth experience, albeit at the lower resolution of 720p.

The best thing about GeForce Now is that it is the perfect antidote to Google’s Stadia: your Steam library, or your Epic Games account will be usable on GFN servers so you won’t need to buy any games. The games you already own are most likely to be in GFN’s ever-expanding library of supported titles.

You could use touch controls on the screen of your phone or tablet but the best way to play would be to connect a supported controller, such as an Xbox, PS or 8Bitdo controller to replicate the closest experience to console gaming.

Even if your PC is 10 years old, the only thing you need to have is a stable internet connection. You won’t believe the graphical fidelity your eyes will feast on, considering that you are playing on such old hardware.

The GeForce Now servers are powered by Nvidia’s Tesla T10 graphics cards, which are too powerful for the average end-user but supports raytracing, which is great if you want to record or stream gameplay. As the cherry on top, this collaboration comes at an affordable price point to Turkey.

The future for gaming is GeForce Now and maybe that’s Nvidia’s “Grand Plan,” too.