A primer to understand the Biden doctrine 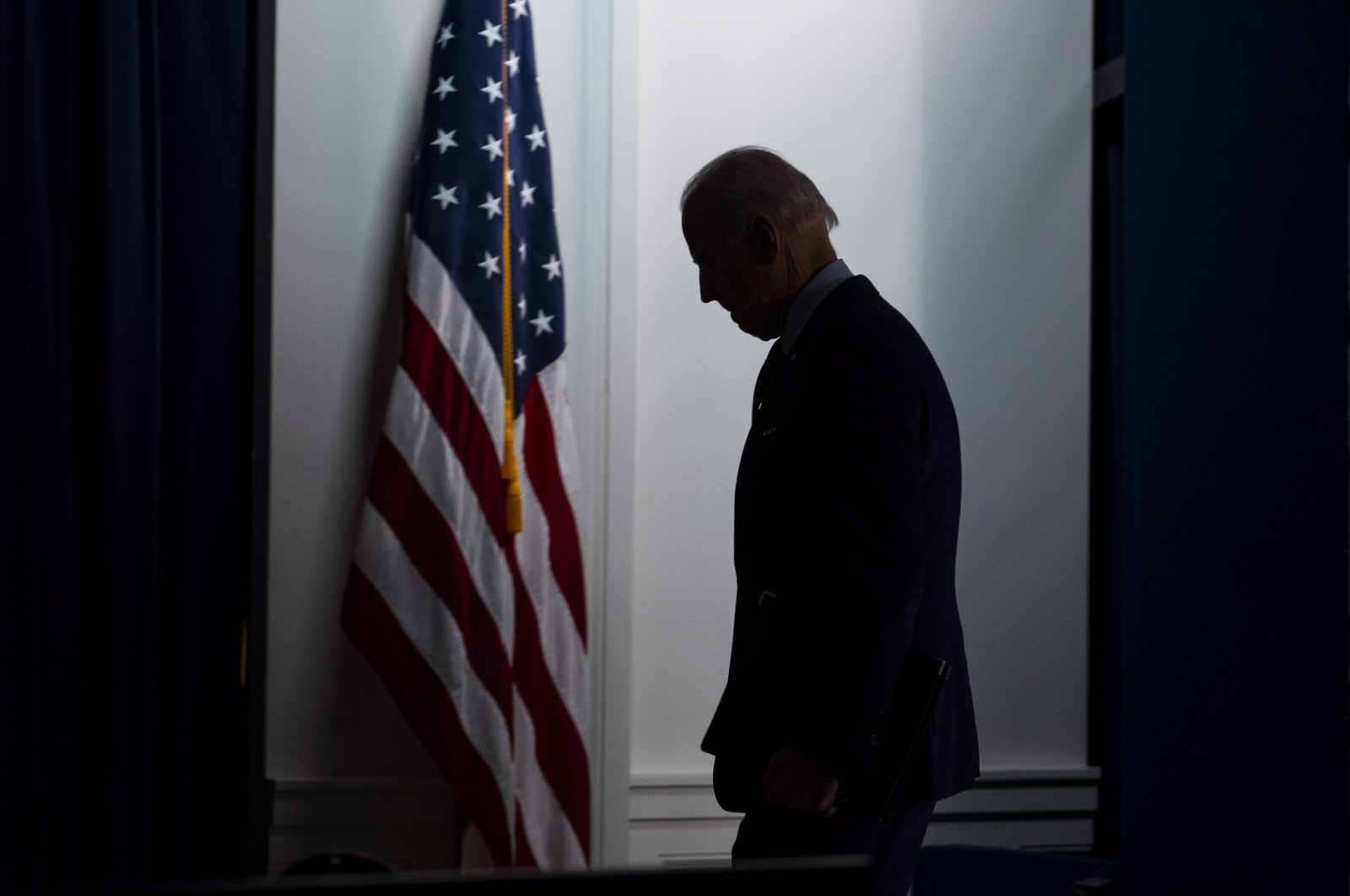 Let’s go back two short years when Joe Biden seemed to have thought that the people of Kurdish ethnicity in Turkey, despite their strong desire to participate in the parliamentary process, were not integrated politically. He believed that he should make it “clear that we are in a position where we have a way” to make it so! He had expressed these views in December 2019, in his session with a group of New York Times (NYT) editors.

If you start from such a false premise, you cannot make a sound argument.

Kurds in Turkey have been an integral part of social, economic, legal and political systems since the days of the Ottoman Empire. They are in the Parliament and have been elected as president of the republic.

Since the advent of parliamentary life in 1877, at least one-third of its members have been ethnic Kurds. Since they have been such an integral part of the system, they have had no need for ethnic parties to represent them in the parliament to claim ethnic rights.

The ruling Justice and Development Party (AK Party) government consolidated this integration with various reforms that allowed not only Kurds, but all people, to flourish even more in their social and cultural lives.

One wonders how the United States could have "made it clear" to Turkey that it was in a position to make that integration possible? This is what Biden meant: Turks are not going to let that integration happen and we should make Turks clearly understand that we have a way to make it happen.

How would Biden be doing it? There are some clues about it in his NYT Q&A session:

1. The U.S. has to speak out about what they think is wrong.

2. Because he is the source of this wrong, President Recep Tayyip Erdoğan has to pay a price. The price being whether or not the U.S. will continue to sell certain weapons to him.

But Biden had a better plan:

“We ... engage more directly ... and support those elements of the Turkish leadership ... and embolden them to be able to take on and defeat Erdoğan.”

Thank heavens, those “elements of the Turkish leadership” to be emboldened by the U.S. are but the political parties, for he hastily added, “Not by a coup, not by a coup, but by the electoral process.”

Why does Biden wish to “defeat” Erdoğan? Not because Erdoğan would not want to integrate Kurds into the Turkish political system. Probably Biden knows that (a) Kurds do not need any help with integration to the system because they already are integrated, and (b) Erdoğan and his administration are into even more political and social reforms that have been benefiting Kurds, Turks and all others. No! The real reason Biden wants to defeat Erdoğan is this:

Biden is right! Under Erdoğan’s administration, Turkey has been everywhere in the region, in Iraq, in Syria. Turkish embassies in Africa now outnumbers the U.S. He established a military presence in several countries in the region. He is defending Turkish sovereignty in the Mediterranean and the Aegean Sea. He is about to recreate a second Bosporus to the Black Sea; he’ll be raking in the money! He is singlehandedly unifying Libya that the U.S. was going to dismember. He literally prevented the U.S. from mutilating Iraq and Syria to implement the 1915 Wilson Map for greater Armenia and Kurdistan.

This is the brief translation of “getting blown out in Istanbul.”

“So, what do we do now?” he asked the NYT editors, “Just sit there and yield?” No, Sir! The last thing Biden would’ve done is to yield to him.

So, first things first: Kick Turkey officially out of the partnership in the Lockheed Martin F-35 combat aircraft program, because they purchased the Russian-made S400 air defense system and sanction them as an adversary. It must be easy to call the Turks an adversary after the Secretary of State already said Turkey was a “so-called strategic ally.”

Then, remember the lives of those who died in the so-called Ottoman-era Armenian “genocide.” With one word – genocide – instead of two, "Meds Yeghern," meaning the great crime – in the annual April 24 statement on the occasion of Armenian Remembrance Day, Biden openly delivered a fatal blow to bilateral relations.

When one looks at the “crimes” Erdoğan has been accused of, one sees that they are not offensive to the U.S. national interests at all. Quite the contrary, by committing those actions, Erdoğan has been actually helping the U.S. to correct the mistakes of the Bush administrations and his neoconservatives. Then the question is why on earth Biden is ruining his relationship with Turkey?

We now have a window to see the inner workings of the minds of Biden and his State Secretary Antony Blinken who has been at his side for nearly 20 years, including as his top aide on the Senate Foreign Relations Committee and later as his national security adviser when he was vice president.

Blinken started his diplomatic career as a liberal democrat. A graduate of Ecole Jeannine Manuel (Paris), Harvard and Colombia Law School and an intern at the New Republic – an American political commentary magazine incorporating progressive, conservative and Third Way elements – he was well prepared to serve under George W. Bush, Bill Clinton and Barack Obama to help develop American policies across the Middle East, Egypt, Iraq, Syria and Libya.

He co-authored books and articles with Robert Kagan, the big gun of neo-conservativism. On shifting Blinken policies, you may like to see the article written by Marshall Auerback and James Carden: “The Rotten Alliance of Liberals and Neocons Will Likely Shape U.S. Foreign Policy for Years to Come."

But the eye-opening article on how Biden policies are being shaped is penned by veteran U.S. diplomat Daniel Fried, titled “Inside America’s Long Handwringing Over the Armenian Genocide,” in Politico. Fried does not only tell us why previous administrations used “two words” instead of the “g-word” in their annual statements but tries to see the “doctrine” behind it.

Fried, who served as assistant secretary of state for European and Eurasian affairs in the Bush administration and retired from the State Department in 2017, after 40 years of service, does not call the Biden-Blinken philosophy a nascent doctrine in U.S. foreign affairs. However, the way he is exposing their reasoning leaves no doubt that the “Rotten Alliance of Liberals and Neocons” is going to set America on a new course.

Fried, who – for eight years, first in the Bush administration, then in the Obama administration – helped draft the U.S. government’s annual statements on Armenian remembrance, indicated that the presidents and secretaries of state opposed the recognition of the 1915 events as a “genocide” because it would “undercut those who call for a truthful exploration of those events.”

Not only that, he says, but also “any such resolution would close minds and harden hearts,” the administrations thought. Fried calls this way of reasoning the realistic school. This is how they thought, Fried writes:

“Given U.S. interests in relations with Turkey, particularly military and security relations, such Turkish warnings carried weight. Besides, the U.S. had for decades maintained its close alliance with Turkey despite the country’s authoritarian bent, including a pattern of military rule. The U.S. didn’t much like that but learned to live with it. In that context, putting the bilateral relationship under stress for the sake of recognizing the 'Armenian Genocide,' something some in the U.S. government regarded as a historical dispute, was simply not seen as worth it.”

We learn from the person who was present at all those White House meetings during the military coup periods in Turkey and in Greece, the authoritarian time of the Shah of Iran and Chile’s military rule after 1973 that the realist school opted for decades of “swallowing hard yet remaining allied with authoritarian countries.” Fried says, “These sorts of calculations made a kind of sense at the time ... The Bush and Obama administrations showed what they thought was forbearance on the genocide question.”

Fried wrote in his Politico article that the Biden administration (a) has ended the forbearance regarding authoritarian countries and (b) now has new priorities such as stressing democracy and human rights as fundamentals. I assume these two items are good starting points for any doctrine – a stated principle of government policy. Like the name suggests, even if it is applied in foreign or military affairs, a doctrine is a set of beliefs based on teachings or long-held thoughts, in short, ideologies.

The Truman Doctrine, for instance, was based on the democratic ideology: If the U.S. assists all nations under threat from external or internal authoritarian forces, they would join the family of democratic nations. All ideologies are based on assumptions, and most assumptions are based on perceptions, not necessarily on realities.

The perceptions could be dwelling on fake news. In 2014, when he was the vice president, Biden accused Erdoğan of intentionally facilitating the growth of Daesh in Syria. He even claimed that Erdoğan had admitted that. But it was all false and Biden lost face when he publicly admitted his mistake and apologized following a diplomatic rift between the two countries.

The so-called "genocide," Turkey asserts, is a period of sad events that resulted from the sovereign rights of the Ottomans in a war with Czarist Russia. Some Armenian terrorist brigades were attacking from behind the lines of Ottoman soldiers who were defending the country from the Russians. As the U.S. did when it set up the internment camps for Japanese Americans during World War II, the Ottomans also forced Armenian civilians to relocate within Ottoman lands.

The U.S. relocated about 120,000 people of Japanese ancestry, the number of the relocated Armenians were estimated to be twice as much, or 450,000, but never 1.5 million as claimed by Armenia. It is also true that many Armenian people perished on the road or in the destinations they were sent to.

The new adventure “The Rotten Alliance of Liberals and Neocons” the United States seems to be embarking upon started with a false step. I am afraid this ideological myopia is going to waste yet another four – perhaps eight – years for the U.S.