A regional scenario without MBS and Khashoggi report 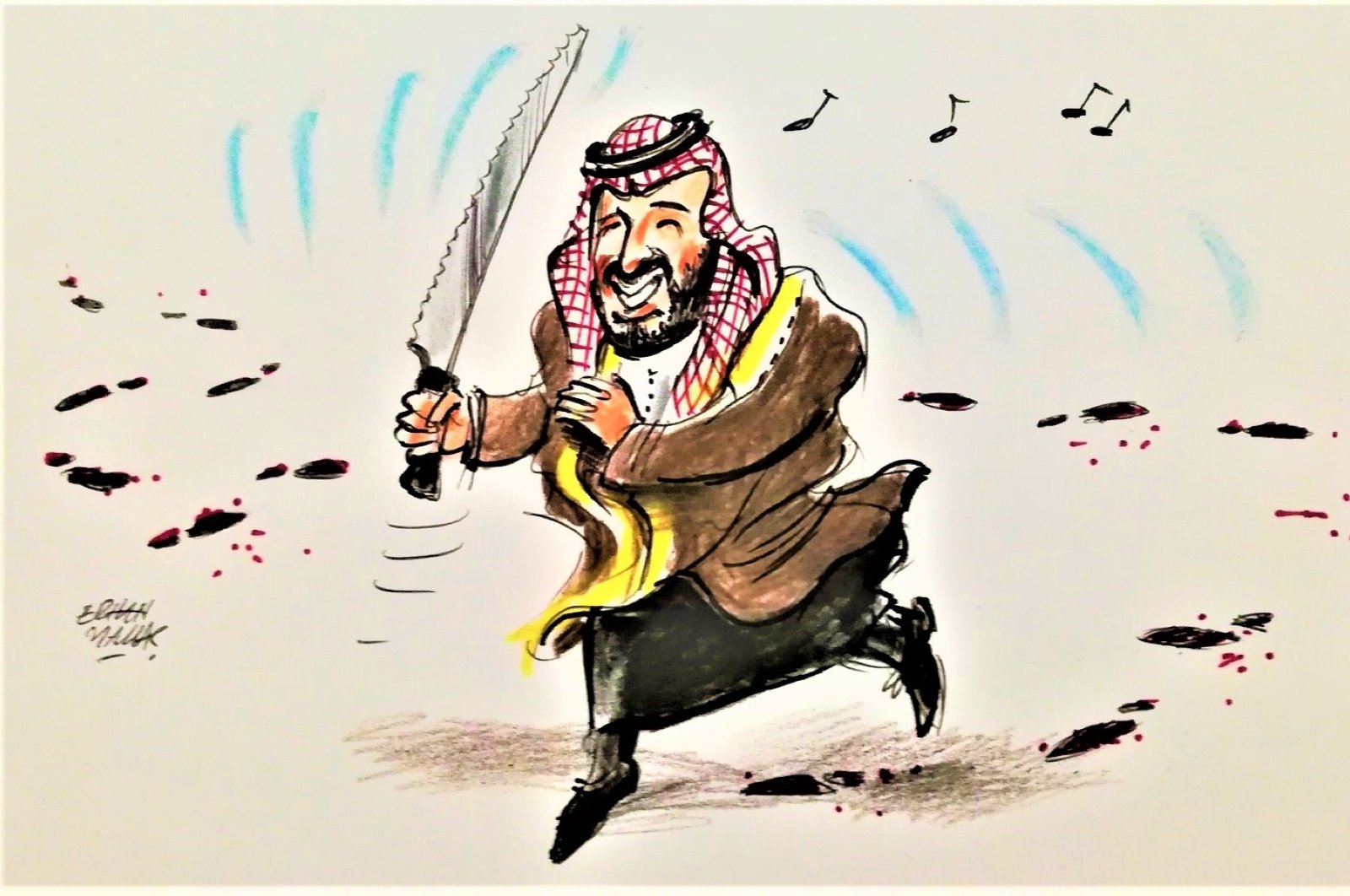 My Feb. 24 column was related to a potential change in Turkey-Gulf relations. Judging by the feedback it received, my piece appears to have caught the eye of Middle East watchers. At the end of the day, a lot of people seem to believe that the status quo, which the region’s two crown princes shaped with their aggressive policies, to change.

Everyone was wondering how a new status quo would come about. If the Arab Spring had been the main source of tension between Turkey and the Gulf states, starting with Saudi Arabia and the United Arab Emirates (UAE), the two most significant developments were the Qatar blockade and the cold-blooded murder of journalist Jamal Khashoggi inside the Saudi Consulate in Istanbul.

Last week, a major development took place regarding the Khashoggi murder, as the U.S. unveiled a related intelligence report.

According to the declassified document, the American intelligence community pointed their finger at Saudi Arabia’s Crown Prince Mohammad bin Salman (MBS). They assessed that MBS had signed off on the operation to catch or kill the Washington Post columnist.

U.S. President Joe Biden has been making certain changes to Washington’s policy on Saudi Arabia. Hence the publication of that intelligence report. Several days earlier, Biden announced that King Salman, rather than his son, was his counterpart in Riyadh.

Prior to the report’s declassification, Biden spoke by phone with the Saudi king – instead of the crown prince.

At the same time, the Americans imposed a visa ban on 76 Saudi citizens, including senior officials. Although Biden has been applauded for making public that report, he faces criticism in the United States for failing to authorize harsh punitive measures or sanctions on MBS.

What do Turks think?

Let’s now get back to Turkey. Back in the day, when there was some initial friction between Ankara and Riyadh, I reached out to my contacts in the Turkish capital.

Over the years, the Turks have consistently shown that they cared deeply about Saudi Arabia. I know for a fact that Turkish officials blamed the deteriorating relationship on MBS and wanted a strong dialogue with King Salman.

There were two main reasons why Turkey was deeply frustrated over the Khashoggi murder. The murder of a respected journalist, so brutally, was completely unacceptable.

At the same time, the Turks viewed themselves as an aggrieved party, since that assassination took place on Turkish soil. Turkey’s intelligence service got their hands on the evidence, including a sound recording of the murder, that was shared with the United States and others.

The country thus established that Khashoggi was murdered by a group of individuals who had arrived from Saudi Arabia.

The Turks knew all along that MBS had sanctioned the extrajudicial killing. That’s why there was no contact whatsoever with the crown prince.

President Recep Tayyip Erdoğan, however, did speak with King Salman. At the time, the Turks also hosted several members of the Saudi leader’s inner circle to convey the gravity of the situation.

Today, under the Biden administration, the United States has completely adopted Turkey’s position. It thus speaks to King Salman in its dealings with the kingdom.

The U.S. intelligence report will surely mount psychological and political pressure on MBS. It is possible to argue that the crown prince’s role in Saudi policy won’t be as central as in the past.

That will make it easier for the Turkish-Saudi relationship to recover, for the two countries to find new areas of cooperation and facilitate the institutional functioning of the relationship.

The same goes for other Gulf countries, where the crown princes stand to play a less prominent role.