Biden has no policy in Syria, his inaction can kill it 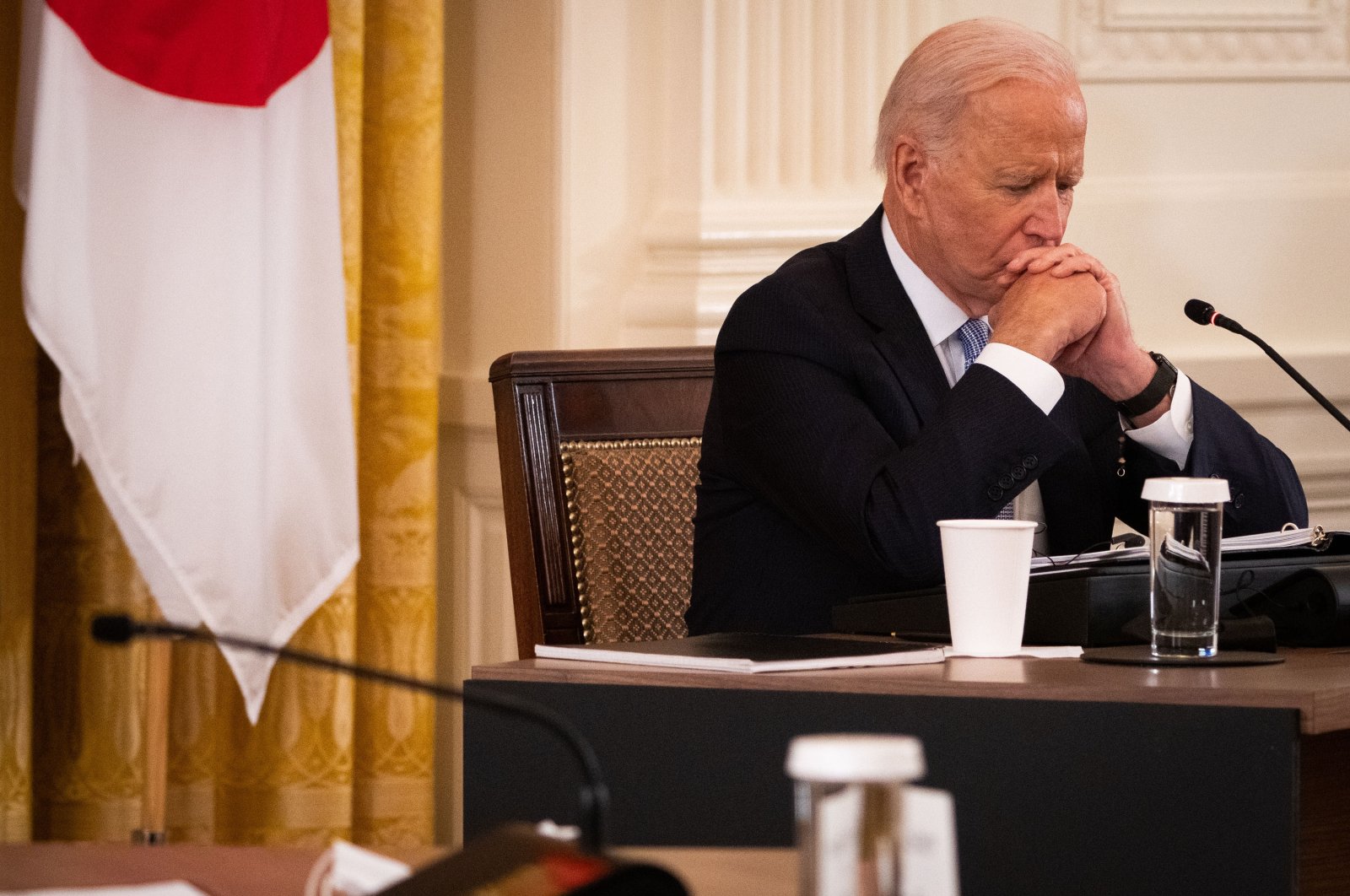 Former President Donald Trump did not have a coherent and consistent Syria policy. As all the "partyless" populist leaders who get elected by accident and either create their own organization or alight upon a long-established but praetorian political structure like the U.S. Republican Party, Trump allowed rival but interdependent policy objectives to run the security and diplomacy institutions: Traditional Mideast Policy inherited from former Presidents Woodrow Wilson and Harry Truman, and the bastardized versions of it, under the disguise of Democratic fundamentals.

Americans’ world-views have been shaped from the portrayals of the “free world” by Wilson and Truman. They projected “American power” and “American principles” into all existing and new problems: The matter of “the Jewish national home” was added to the traditional issues by Wilson, and “the security of Israel” by Truman.

The fact that the whole Middle East silently endured the disastrous consequences of their ideas and policies meant that any U.S. administration could do whatever they deemed proper in defense of Israel. The conservative Republicans and those Democrats-turned-into-conservatives had overtaken the responsibility to protect Jewish people in general, and Israel in particular, from the British via the Wilson-Truman tradition.

Under the pretense of promoting freedom and democracy, the U.S. gradually imposed its values. While Wilson talked about “anti-imperialism,” his Neo-Con imposters endorsed Israeli plans to occupy Arab lands in Palestine. They took advantage of America’s world-power status; the Father and Son Bushes – former Presidents George H.W. Bush﻿ and ﻿George W. Bush – imposed on the whole area their War Against Terrorism. The strange part is that the Democrat presidents who followed them as a result of the American people's reaction to the Bushes inexplicably fanned the fires they started. Former President Barack Obama had, for instance, never formulated a separate Syria policy; he was confined into the ill-defined borders of fights against Daesh.

For the last decade, the U.S. has not formulated a sound Syria policy. The U.S. pursued overlapping objectives in Syria, but not a distinct policy for Syria itself. Obama thought the creators of that fight could better continue and finalize it. He simply tried to erase the taint of it as a war

against Islam, but the creators had no intention to finalize it because they religiously believed it was an endless war. For Trump, the longer the war continued in Iraq and Syria, the lesser would be the value of the Palestinian real estate; consequently, he wanted to outsource this war to someone else – “Kurds or Turks or whoever wanted to take it!" – insofar as the Americans got out.

The day Trump announced that the U.S. would withdraw from Iraq and Syria, first his Secretary of Defense James Mattis and then later his envoy for the global coalition to counter Daesh Brett McGurk resigned their posts in protest. Mattis’ had more reasons to leave the post, but McGurk had one and only one reason: the secret task of creating an independent Kurdistan with the help of the terrorist PKK and their extensions in Syria would be terminated. If Turks took over the fight against Daesh, there would not be a need to arm the Kurdish insurgency; as Trump expected, the U.S. would save billions of dollars flowing to PYD/YPG/SDF.

As soon as Trump lost, Mr. NeoCon-par-excellence Antony J. Blinken declared his dominion over the security and foreign relations apparatus and brought in McGurk as the Special Presidential Envoy for the Global Coalition to Counter Daesh so that he could continue to oversee the dismemberment of Syria and the creation of a terrorist state there. The U.S. policy of dismembering Iraq and creating a Kurdish region excited Iraqi Kurds until they realized the deeper plan of letting the PKK engulf all the Kurdish entities in the region. McGurk was that close to having the former President of the Kurdistan Region of Iraq Masoud Barzani declare independence from Iraq, but Turkey’s initiatives disturbed his plans in 2017.

It is too difficult to tell if Joe Biden’s Syria policy will be run by the Neo-Cons because he ruined their schemes in Afghanistan by pulling the U.S. forces and ending the “endless war.” Perhaps, the president was not paying attention to what Blinken was doing during the hectic days of transition when Blinken brought in Victoria Nuland as the undersecretary of state. The wife of Robert Kagan, co-founder of the neoconservative Project for the New American Century (PNAC), Victoria Nuland should be remembered by her “F*** the EU” fame from her discussion with the prime minister of Ukraine!

Perhaps Biden has another ace up his sleeve and might stop the other endless war in Syria if (or when) he realizes that no terror state in the Middle East would guarantee Israel’s security but only the Israeli government’s going back to the pre-1967 borders would do so. Somebody should tell Mr. Biden in clear and unambiguous terms that if al-Qaida is not going to come back to Afghanistan under the Taliban’s watch, it definitely won’t be raised from the dead under Turkey’s watch in Syria and Iraq.

The Joe Biden administration’s Syria policy review is still ongoing. Since taking office nearly nine months ago, President Biden has been operating with an interim Syria policy that has lacked purpose and direction thus far. It has largely been a continuation of the previous administration’s policy – namely, maintaining a low-cost stabilization mission in northeastern Syria and economic pressure on the Bashar al-Assad regime without a clear policy objective. To date, America’s approach toward Syria remains narrow and in fact has no actual strategy for the Syrian conflict itself. The long- and short-term outcomes of the costs and risks of withdrawing from Syria could be the subject of Biden’s talks with Erdoğan at the end of this month.

Former U.S. ambassador in Turkey James Jeffrey was right when he wrote that “Absent U.S. support, Turkey’s position in Syria is under threat.” The U.S. has never clearly and openly supported Turkey in Syria except for a brief period of time when the two countries had joint ground patrols inside the security mechanism area in northeast, Syria, in 2019, after Mattis and McGurk left the U.S. administration. Even then, the so-called Kurdish autonomous regions were managed by the PKK. The U.S. delivered arms to the so-called Syrian Democratic Forces were being confiscated from the hands of the PKK terrorists in Turkey and Iraq.

Biden’s current math for Afghanistan might be true for Syria, too. His missteps toward and his disparaging remarks as a candidate about the elected president of Turkey should not stand in the way of resuscitating Syria.