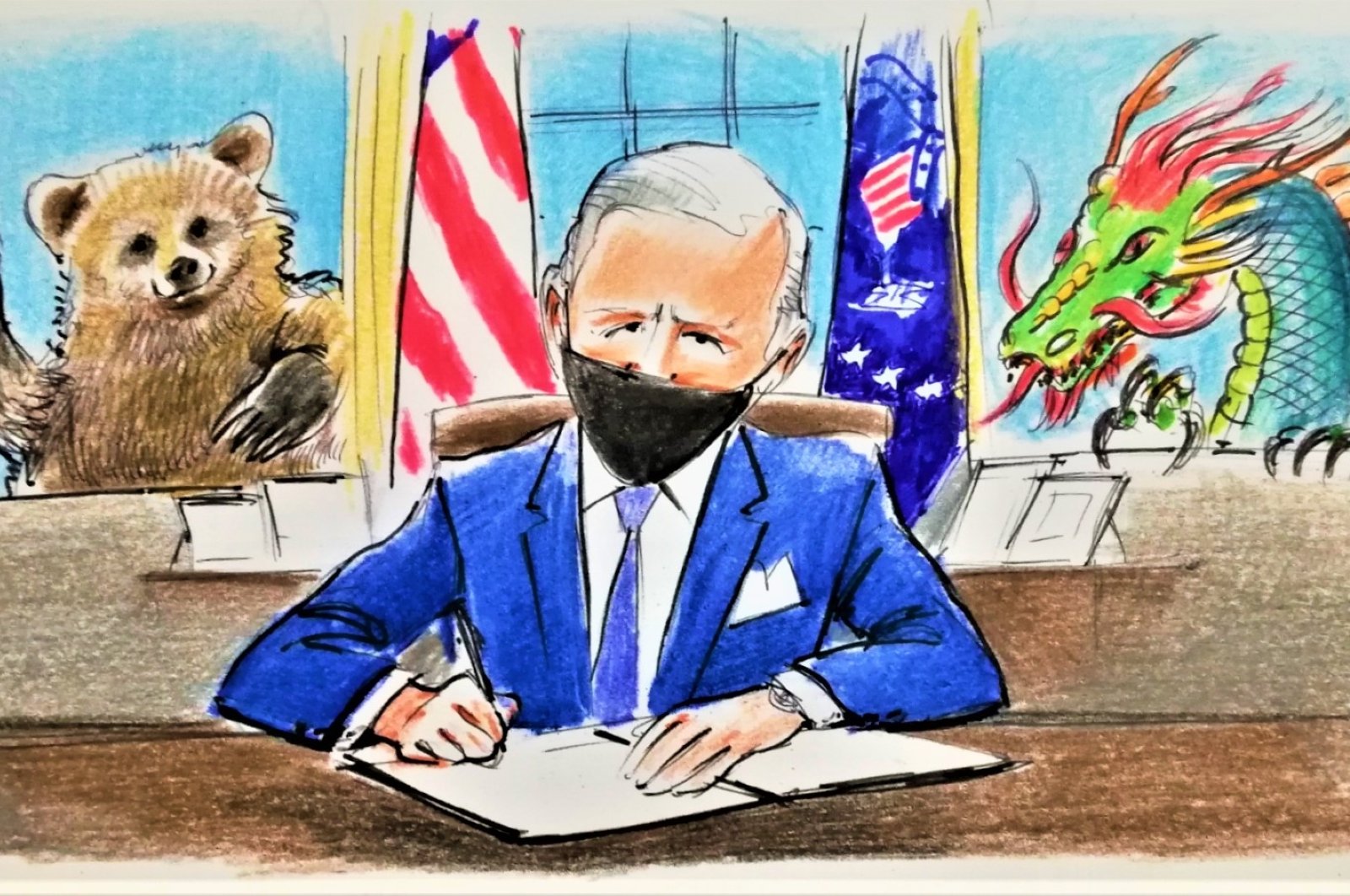 The Middle East is not a foreign policy priority for U.S. President Joe Biden – just as it wasn’t for his predecessors Barack Obama and Donald Trump.

Obama's performance during the Arab Spring demonstrated that the U.S.’ policy of democracy promotion had dilapidated. By the end of his two terms, Iraq, Syria, Yemen and Libya were still plagued by civil war.

Trump, an advocate of the "America First" genre of nationalism, too, strived to reduce his country’s footprint in the Middle East. His administration held talks with the Taliban and achieved a partial withdrawal from Iraq and Syria. The developments were met with fierce resistance from the U.S. establishment.

Nowadays, Biden follows in his predecessors’ footsteps, prioritizing the Asia Pacific region. But the Western hemisphere and Europe are both also on his list of priorities.

It is no secret that Biden, who dealt with the Middle East throughout his political career, is tired of the region’s problems – including Iraq, Syria, Daesh and the PKK/YPG.

I believe the Biden administration will be compelled to deal with Middle Eastern issues for two reasons. The new administration needs to pay close attention to the U.S. presence in the region, from Afghanistan to Iraq to Syria, as well as the pressing issues on the ground.

At the same time, Washington cannot simply avoid the repercussions of containing China (“the strategic threat”) and Russia (“an opponent”) for the Middle East, Africa and Central Asia.

As the United States takes fresh steps, both countries look for opportunities to form new alliances. Achieving the concept of a post-American Middle East will remain a costly endeavor for the U.S.

The Biden administration’s policy on Iran, Saudi Arabia and Turkey will determine Washington’s new approach to the Middle East.

Defending Israel and its interests is the linchpin of all U.S. presidencies. The U.S. will stick to the Jerusalem issue and normalization with Arab countries.

American policymakers will utter different words, but there is no reason to expect Washington to do more than send humanitarian aid to Palestine while stopping Israel from adopting more aggressive expansionist policies.

The Biden administration hasn’t made up its mind yet about Turkey, which plays a crucial role in more than one area.

For the time being, Washington’s post-Trump cleanup and de-escalation efforts are focused on Saudi Arabia and Iran.

Biden spoke with Saudi King Salman last week, just before the release of the CIA’s declassified report on the murder of Jamal Khashoggi to exchange views on Yemen, Iran and human rights. It remains unclear how the new administration will “overhaul” the U.S. policy on Saudi Arabia.

Saudi Crown Prince Mohammad bin Salman (MBS), whom Biden does not consider his counterpart, has been calling the shots since 2017 due to his father’s advanced age. The suspension of arms sales to Riyadh, Washington’s vocal criticism of Saudi involvement in Yemen, the debate on the potential delisting of the Houthi rebels and MBS being implicated in the Khashoggi report are all precursors to the Biden administration’s review of America’s Saudi policy.

Will the Biden administration, which talks a great deal about human rights, target MBS based on the declassified findings? Any attempt to remove from power or significantly contain MBS would clearly create a new balance of power in the region. It would come as a surprise, however, if Washington were to go beyond a symbolic punishment.

Friday’s U.S. airstrikes against Iran-backed militias in Syria were an act of retaliation. Washington had now responded to an earlier attack against its military base in Irbil, Iraq. That “proportionate” military response signals America’s preparedness to use force.

Biden’s demand that Tehran stops enriching uranium without lifting his predecessor’s sanctions makes it seem unlikely the parties will meet to negotiate soon. The Iranian leader, Ali Khamanei, turned down Washington’s request and added that “the post-U.S. era has started.”

Iran now prepares for a transition from Trump’s maximum pressure to Biden’s smart pressure. The Americans can create a new balance of power in the Middle East by making small changes, but they won't be able to wash their hands of the region altogether.

Each fresh equilibrium stands to fuel competition between Russia, China and regional powers.