Bidenism vs. Trumpism: Is America back? 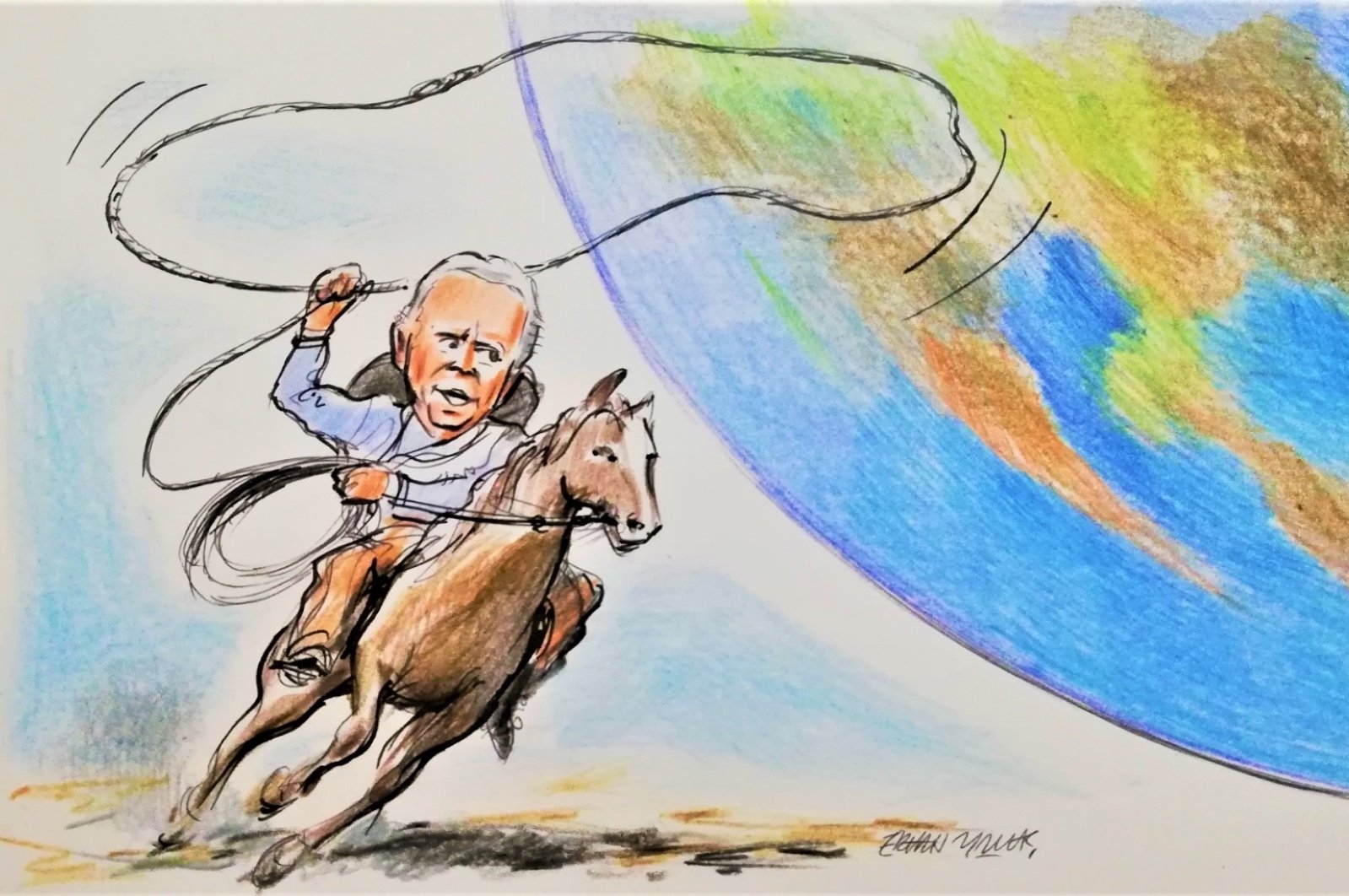 If Biden adopts an aggressive foreign policy approach, there is no chance for the U.S. to repair its broken relations, including with Turkey

Joe Biden has been sworn in as the 46th president of the United States. In his inaugural address, he pledged to “heal” and “unite” the country. In the international arena, Biden promised to “repair our alliances and engage with the world once again.”

Outgoing President Donald Trump, whom many observers consider an anomaly, left the White House by saying, "We will be back in some form.” His legacy is "Trumpism" – a wave of white nationalism.

It remains unclear whether Biden, with the appointment of immigrants, women and nonwhites to his Cabinet, will succeed in building the foundation for an ideology and identity capable of suppressing Trumpism. At the end of the day, Biden and Trump disagreed on policy mainly because they had different answers to the question in American’s minds: Who are we?

Now, the question is whether the new president can develop the ideology of "Bidenism" to promote domestic and international consolidation to trump Trumpism. One can also refer to Bidenism as the Biden doctrine, as Americans prefer to do.

Ambitions, along with circumstances and the great powers’ responses, will determine the content of Biden’s motto – “America is back.” There is no doubt that the U.S. establishment and the liberal media will support the Biden administration to the best of their ability.

Still, the new president needs to develop policies that will be inclusive of Republicans and to build a new relationship with American allies, whom the Barack Obama and Trump administrations have alienated.

In order to contain China and Russia, the United States will need consent from its allies in Europe and Asia, including Turkey. The initial signs, however, aren’t great. Biden’s nominee for secretary of state, Antony Blinken, reminded everyone of Washington’s commitment to a problematic, asymmetrical and selfish notion of alliance by referring to Turkey as “our so-called strategic partner” and stating that the S-400 deal was unacceptable.

Of course, Blinken may have hinted at the possibility of sanctioning Turkey in an attempt to appease the Senate. Let us hope, then, that this attitude, a remnant of the Barack Obama presidency, does not become the main pillar of U.S. policy.

After all, the world is sick and tired of watching minor American interests taking precedence over the vital security concerns of U.S. allies. Needless to say, Washington undermined its alliance with Turkey, more than others, by sending thousands of truckloads of weapons to the PKK terrorist organization’s Syrian affiliate, the YPG, and harboring Fetullah Gülen, the ringleader of the Gülenist Terror Group (FETÖ) on U.S. soil.

Europeans, starting with policymakers in Berlin, too, expect to redefine their relationship with the United States. To be clear, neither America’s adversaries nor its allies, including Turkey, are where they were in 2012-2016. Washington’s proud Democrats must take a look in the mirror and adapt to the new realities.

The single gravest mistake that the Biden administration could make now is to pursue a type of unilateralist and aggressive global leadership role in an attempt to undo Trump’s legacy. I specifically chose the verb “pursue” here because the U.S.-China rivalry, together with the current state of other great powers like the European Union, leaves no room for “nostalgia.”

Every single stakeholder expects the new reality to be acknowledged. In the end, Trump’s chaos-inducing and selfish American nationalism may end up being more realistic than globalist and democratic neoconservatism. An aggressive strain of “aggressive” Bidenism could inflict just as much damage to global stability as Trumpism.

There is no doubt that the bilateral relationship between Turkey and the United States will undergo certain changes under Biden’s watch. Ankara has already expressed its intention to reset in a positive sense. Judging by initial messages from Washington and appointments, the S-400 issue, along with the YPG, Halkbank and the 1915 events, will probably strain bilateral relations.

The initial months will be absolutely crucial. The Biden administration, seeking to build an alliance of democracies, must avoid the mistake of “alienating” Turkey. Patience will be needed until the Democrats’ initial burst of idealism gives way to realist interests.

Turkey and the U.S. must find ways to compartmentalize problem areas to prevent a break in bilateral relations. New areas of cooperation, too, need to be highlighted.

It is time for patient diplomacy in both capitals, from leaders and institutions to lobbyists, business groups and nongovernmental organizations (NGOs).