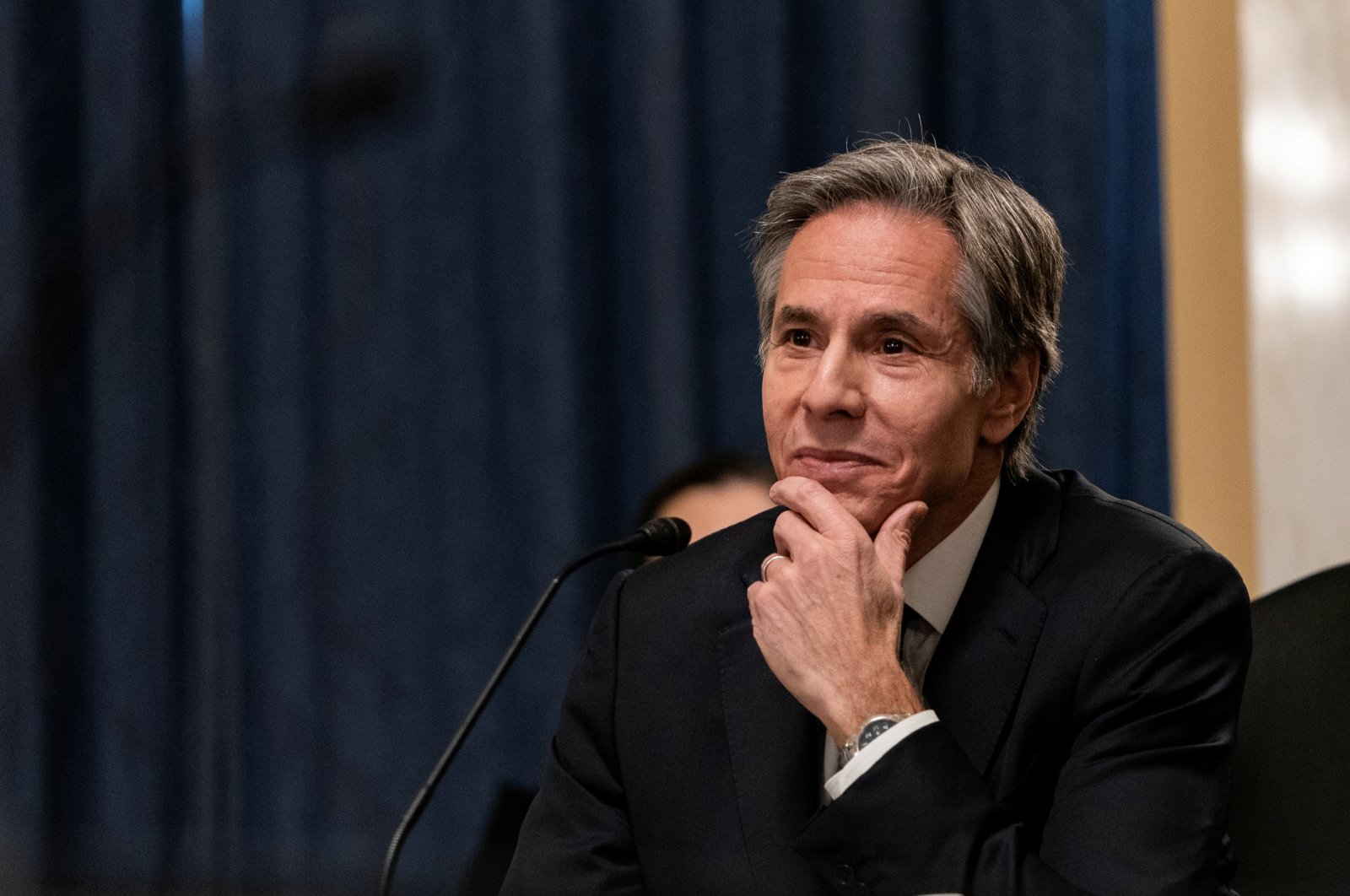 Antony J. Blinken, of New York, speaks during his confirmation hearing to be Secretary of State before the U.S. Senate Foreign Relations Committee at the U.S. Capitol in Washington, DC, U.S. January 19, 2021. (REUTERS)
by DAILY SABAH WITH AGENCIES Jan 20, 2021 12:27 pm
RECOMMENDED

Not even officially in office yet, U.S. President-elect Joe Biden's choice for secretary of state has already started to accuse NATO member Turkey on Tuesday of not acting like an ally and claimed Washington will review if further sanctions are required on Ankara over its acquisition of the Russian S-400 air defense systems.

"The idea that a strategic, so-called strategic, partner of ours would actually be in line with one of our biggest strategic competitors in Russia is not acceptable," Antony Blinken told lawmakers.

"I think we need to take a look to see the impact that the existing sanctions have had and then determine whether (there is) more that needs to be done," Blinken said during his Senate Foreign Relations Committee confirmation hearing.

Blinken's comments came a day before Biden takes over from the administration of President Donald Trump.

"Turkey is an ally, that in many ways ... is not acting as an ally should and this is a very, very significant challenge for us and we're very clear-eyed about it," Blinken said.

Last month, the U.S. imposed sanctions on Turkey's Presidency of Defense Industries (SSB), its chief Ismail Demir and three other officials to penalize Turkey for its purchase of the Russian S-400s. The sanctions through the Countering America's Adversaries Through Sanctions Act (CAATSA) – designed to deter any country from agreeing to military deals with Russia – also restricts U.S. loans and credit to the SSB, although that is not seen as having a significant impact.

Washington says the S-400s pose a threat to its F-35 fighter jets and NATO's broader defense systems while Turkey has stressed that the weapons would not be integrated into NATO systems, posing no threat to the alliance or its armaments.

The Turkish Foreign Ministry, in its immediate response, condemned the decision while pointing out the U.S.' unfair stance throughout the S-400 purchase process.

The U.S. sanctions come at a delicate moment in Ankara and Washington's fraught relationship as Biden gears up to take office from Trump. In a video that surfaced in August 2020, Biden said he would seek a regime change in Turkey and expressed his willingness to work with "opposition leadership" in the country to topple Erdoğan in Turkey's 2023 elections. While the remarks caused an initial uproar in Turkey, Ankara recently expressed its willingness to work with Biden as long as the nation's concerns are respected.

When it comes to Turkey's diplomatic efforts in recent years, many argue that President Recep Tayyip Erdoğan's personal ties with other presidents and world leaders are a unique variable in determining how things develop. Especially when it comes to dealing with countries like Russia and the U.S., two of Turkey's most strategic allies, Erdoğan's personal communications with Trump and Putin have been a key factor, according to many pundits and analysts. The U.S.-Russia relationship has even experienced a calm period thanks to somewhat good communication between Trump and Putin, overshadowing the traditional animosities between the two.

Thus, many with high curiosity look forward to Biden's presidency to see how the delicate ties between these three countries will evolve in light of new leadership.

The duo emphasized the strategic importance of bilateral relations and expressed satisfaction over establishing a useful channel of communication at a time when Turkey-U.S. cooperations have encountered various challenges, it added.

The importance of mutual respect and interests for continuity in Ankara and Washington's relations was emphasized during the meeting, the statement further said.