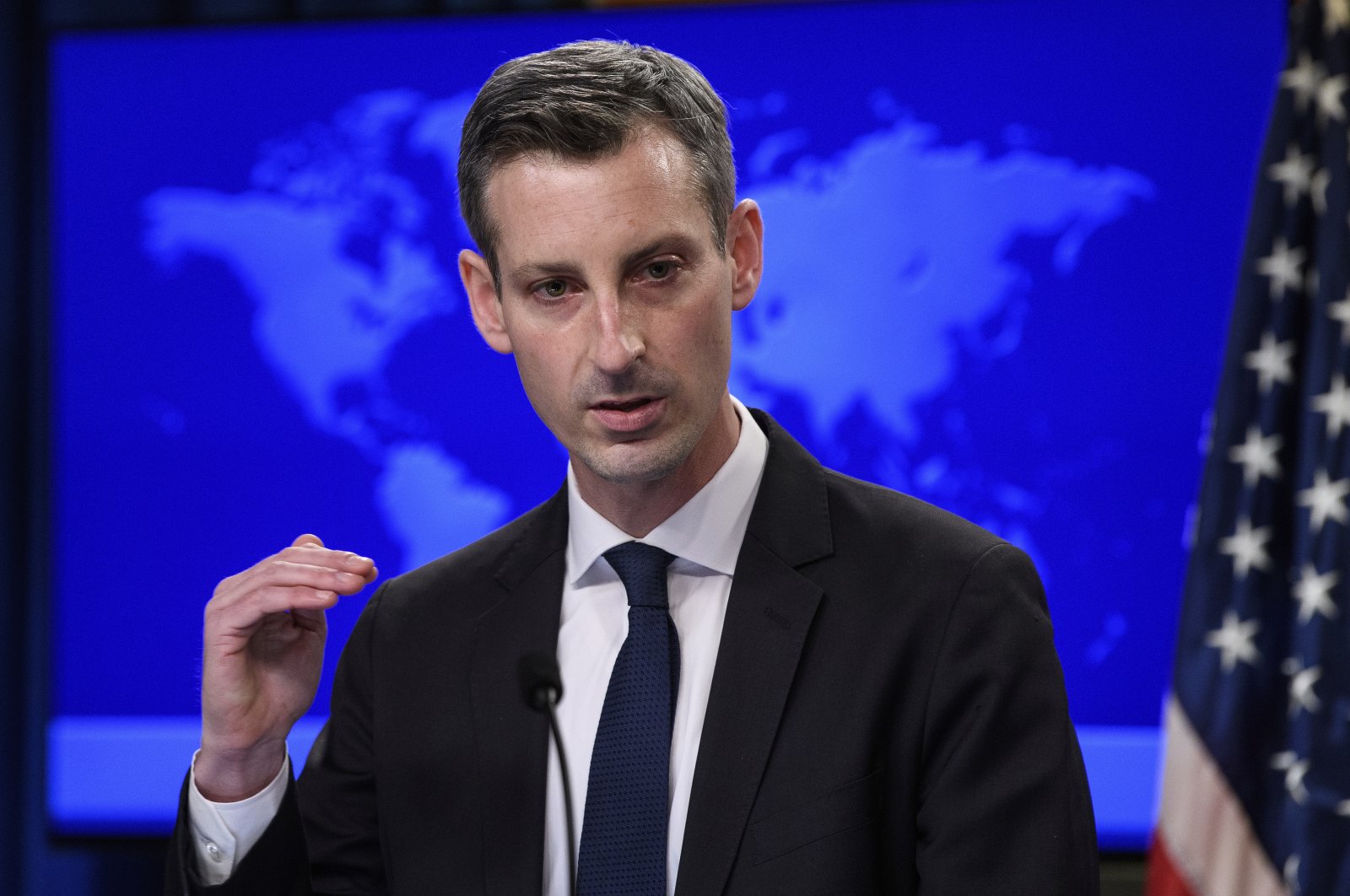 Inquiring minds want to know: Why did the U.S. State Department’s new spokesperson, Edward “Ned” Price, devote 100 words (out of 300) in his press briefing to Turkey and a minor student demonstration in Istanbul, asking for the release of 170 people who had been detained and already released?

A. Those demonstrations were anything but peaceful: a group of students barricaded the rector and his staff in their offices after office hours and destroyed police cars, harming police officers and bystanders.

B. Since when did the U.S. State Department go into the business of characterizing people’s reactions to desecration, profanation and outright sacrilegious abuse of Islamically sacred images on the campus of that university as “anti-LGBTQI rhetoric”?

Price, who has served as a political adviser and is a former intelligence officer who worked at the Central Intelligence Agency (CIA) from 2006 until 2017, should know better.

The image of Kaaba is sacrosanct to most Muslim people. That the desecration had been committed by lesbian and gay students should not make it untouchable; they are subject to criticism as any other student group.

Criticizing their actions cannot be labeled as the “anti-LGBTQI rhetoric.” He started his new White House career with the wrong step; one simply hopes he is not going to mix his own values with his job.

Do you remember “Immersion (Piss Christ),” a 1987 art exhibit by American artist Andres Serrano? It depicted a small plastic crucifix submerged in a small glass tank of the artist's urine.

“Piss Christ” exhibit at the Stux Gallery in New York caused a scandal; U.S. senators Al D'Amato and Jesse Helms expressed their outrage about the fact that Serrano received $15,000 for the work and an additional $5,000 from the taxpayer-funded National Endowment for the Arts (NEA).

Others alleged that the government funding of Piss Christ violated the separation of church and state. Later, because of this scandal, the NEA's budget was cut down. Many U.S. religious and political figures and some art critics stated that they regarded the work as blasphemous.

And many people opposed these statements; they said they didn’t understand the works of art. Not a single soul, then and now, said those critics were committing anti-gay rhetoric because Serrano was gay.

The university’s LGBTQI Student Union committed a blasphemous distortion of Kaaba’s image, and some people, including, but not limited to, politicians said it was a desecration of sacred beliefs. That’s all. The said group also removed the display.

Price may be repeating from a textbook, but people in Turkey suffered three military coups that vitiated their democratic freedoms, including the freedoms of expression and electing their political representatives. And they said “enough is enough” and stopped the last coup bid with their bare hands.

Oh, and about that last coup bid.

Price followed the Turkey-related subjects during the week. Responding to a statement by Interior Minister Süleyman Soylu that the July 15 coup attempt was a shenanigan by the Gülenist Terror Group (FETÖ), which was supported by the United States, Price said: “The United States had no involvement in the 2016 attempted coup in Turkey and promptly condemned it.”

A. Yes, the U.S. had a huge involvement in FETÖ, which committed the coup bid. There are truck-loads of documents proving U.S. involvement in helping and abetting that terrorist cult. As we speak, the U.S. educational system, several states and the federal government put more than $200 million into Gülenists' pockets for 57 charity schools that operate in the country. Some of this money lines the pockets of some Democratic and Republican congresspeople. Price knows it because he is a 10-year veteran of the CIA.

B. He is also hiding the truth when he says “The United States ... promptly condemned it.” The U.S. State Department waited and waited, hoping that “our boys could still prevail.” When they finally lost all hope that that coup would succeed, they issued a shameful, blatantly undemocratic and unfriendly statement. Price may ask U.S. President Joe Biden who was in that situation room all that night and tried to made amends with Turkey by visiting a month later.

Price really started his work regarding Turkey on the wrong foot. But this is not surprising to Turkish people because Price's boss also called Turkey a “so-called strategic ally” even before coming to the fifth Floor.