Enough is enough: Another EU comedy on Turkey 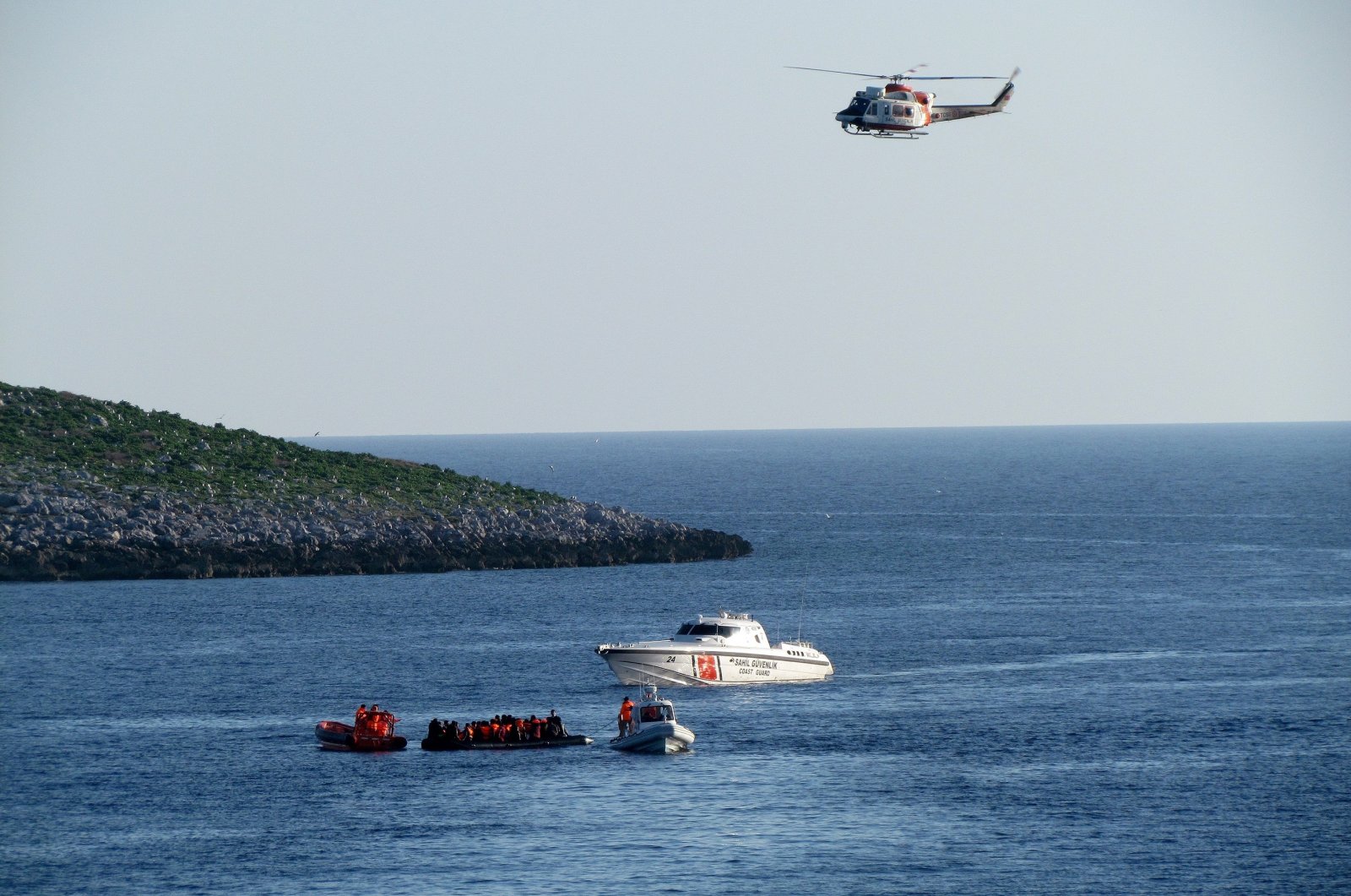 A team of Turkish coast guards during an operation to rescue migrants pushed back by Greece, off the Aegean coast, Turkey, March 20, 2021. (IHA Photo)
by Melih Altınok Mar 25, 2021 12:05 am
RECOMMENDED

European Union foreign policy chief Josep Borrell has prepared a report for the summit to be attended today and tomorrow by EU leaders.

The report says that since Turkey hosts millions of Syrian refugees, it not only deserves more financial support but also the extension of the scope of the Customs Union, as well as EU visa-free travel and a higher level of established diplomatic relations. These statements are remarkable.

Borrell underlines that the EU would only follow such an approach if Turkey respects "human rights" and adopts a more flexible stance on the rights to hydrocarbon exploration within the Eastern Mediterranean and around the island of Cyprus.

It is inconceivable that in return for Turkey's performance at the accession negotiations over the years and its shouldering the burden of the union, that its standing with the bloc depends on its attitudes to other political issues.

Because there is an independent fact that lies right before everyone's eyes. Turkey, which is located on the most dangerous southeastern border of the EU, is paying its debt substantially by keeping millions of refugees inside like a dam. Hosting an excessive number of refugees leads to social, economic and political problems in Turkey.

While Turkey maintains an open door policy at its southern borders, the EU does not apply the same method at its borders for the millions of people who wish to enter.

It is no longer a choice, it is imperative that the EU and the international community are materially and morally involved in this responsibility.

Moreover, the conditions applied to Turkey in terms of its responsibilities in the refugee crisis for the sake of EU composure require detailed explanation.

For instance, what does "respecting human rights" really mean?

Is it that certain decisions made by the independent Turkish courts do not satisfy certain EU politicians who pursue populism?

Or is it purely tangible issues like the security of human life?

If so, what about the fact that Turkey's neighbor Greece, which regularly receives support from the EU, used spiked sticks to submerge boats carrying babies?

There are hundreds of cases recorded of this particular crime against humanity. The most recent one took place last Friday in Izmir on Turkey’s Aegean coast. Upon being notified of a boat carrying refugees at the Karaabdullah Cape in the Çeşme district, the Turkish coast guards managed to rescue three people but also recovered the lifeless bodies of three other migrants.

Interior Minister Süleyman Soylu shared images of the people on his social media account, where he wrote: “The Greek coast guard units battered 7 immigrants tonight, took their belongings, tied their hands in plastic handcuffs, and threw them into the sea without a life jacket and boat.”

The statements from those concerned confirm the allegations. A man named Mohammed, who was rescued, stated that they were thrown into the sea and handcuffed after their valuables were taken by the Greek coast guard.

Is this a sufficiently concrete example?

Besides, we are still yet to hear a legal argument as to why Turkey’s engagement in commercial activities in the Eastern Mediterranean and its cooperation with coastal countries in accordance with international agreements contradict the EU's legal acquis.

The EU should end this game that everyone has grown tired of watching, and rather, be transparent with Turkey and itself.

In truth, if the EU officials redirected the energy they spent detaining Ankara to solve the problems of the millions of EU and Turkish citizens in the region, there would be no problems left to solve.

It such a shame to waste so much time, labor and money.