Everything is not rosy pink in Iran 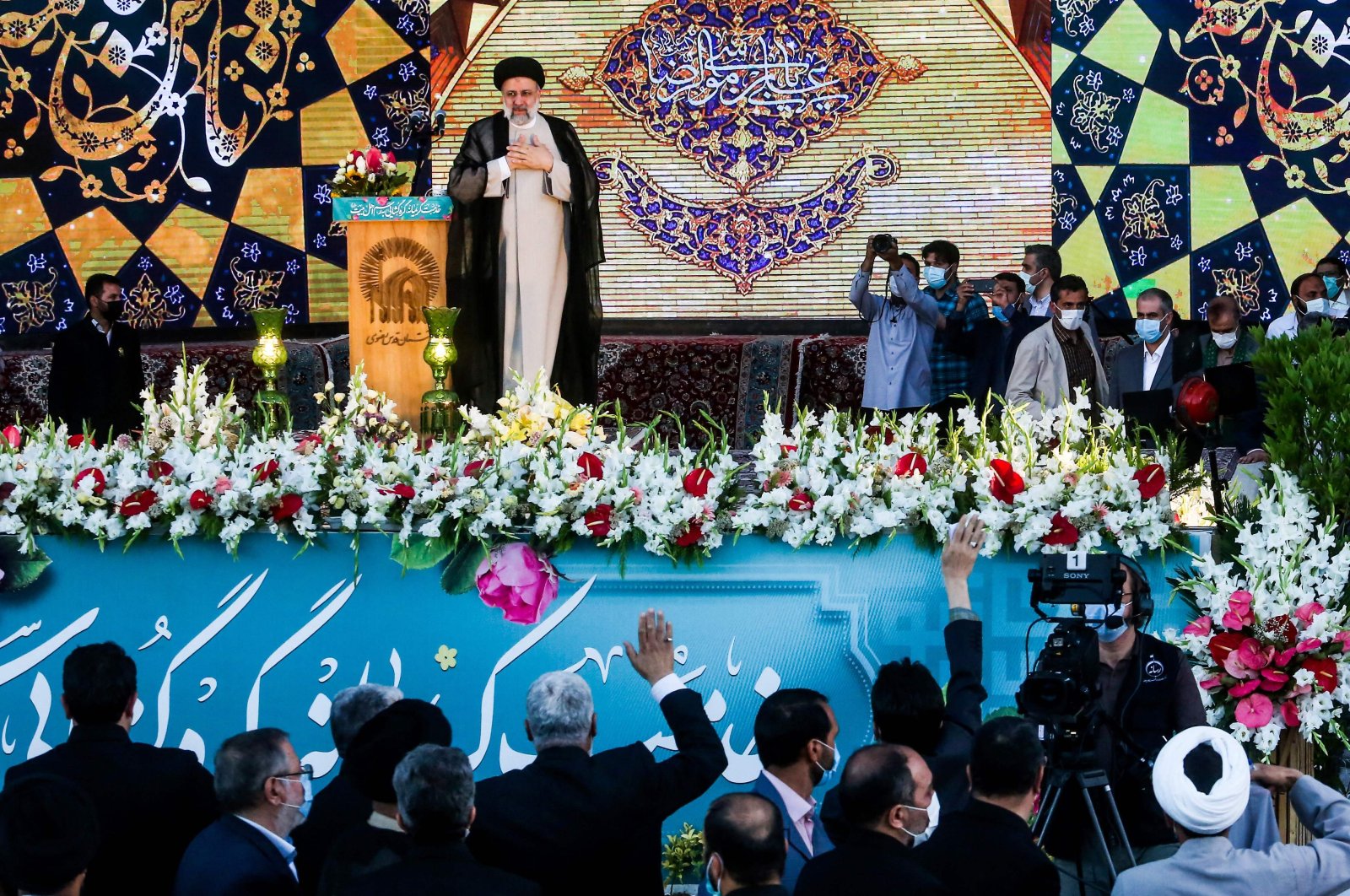 Iran's President-elect Ebrahim Raisi delivers a speech at the Imam Reza shrine in the city of Mashhad in northeastern Iran, June 22, 2021. (AFP Photo)
by Hakkı Öcal Jun 28, 2021 12:05 am
RECOMMENDED

In Tehran, a new president is moving in; His Eminence the Ayatollah Imam Sayyid Ali Khamenei is fine and dandy in his palace; the Democrats at the White House and Foggy Bottom are going to extend their dollar-full hands to Iran – not because Imam Ali changed his mind about wiping Israel off the map, but because U.S. President Joe Biden and his cohort want to make Israel pay “a heavy price” for the comradeship of former U.S. President Donald Trump and former Israeli Prime Minister Benjamin Netanyahu.

You may think that Netanyahu is yesterday’s news, but Biden and the Democrats know that it was not only the politician Netanyahu, but the Jewish Deep State that was the architect of that chumminess; and new Prime Minister Naftali Bennett belongs to that club as much as Netanyahu did.

Then why is Iran not blooming with the traditional linden trees and peonies? Could it be that both the regime and the young people know the country is approaching the critical juncture where that fateful encounter is going to happen?

The young people even did not bother to go to the polls. What difference would it make if you cannot organize a nationwide watch-and-verify system to control the election results?

For the last 42 years, the guardians of the Islamic Revolution have been stealing elections in broad daylight; now especially with the computerized systems in place, the election results could have been (actually they have been) altered very easily.

Many Iranian students I know who would go back to vote for the previous elections have not bothered even to register this time around.

International observers said it had the lowest turnout since the so-called Islamic Revolution in 1979. Four million people voided their ballots intentionally, some observers said.

If you don’t go to vote, you might be marked as the “enemy of the Revolution.” So, you go and accidentally invalidate your ballot.

So, why do those critical junctures and fateful encounters make both sides so tense?

The new president, Ebrahim Raisi, is a very well know soldier of the revolution: He is the one who ordered and organized the mass execution of thousands of political prisoners in 1988.

Raisi was appointed as head of the Iranian judiciary by Ayatollah Khamenei after Raisi ordered the Revolutionary Guard to kill 30,000 members of the opposition group Mujahedeen-e-Khalq, whom, Iranians sources claimed, were heavily armed by Iraqi leader Saddam Hussein during the Iran-Iraq War.

The youngest member of Khamenei’s junta, Raisi, is 58 years old. The sick and aging Khamenei hand-picked Raisi as his replacement. It is not how to continue to obtain the nuclear power that Raisi is worried about; it is how to clear the road so that religious power continues to shape the masses.

Besides, the ratio of those who still remember the Shah Muhammad Reza era and democratic Iran is still high. The clerical regime knows it can get no legitimacy in the eyes of those who have less and less interest in supporting the Islamic regime. The mullahs are losing on every front.

Even their comrades-in-arms in Afghanistan, the Taliban, do not want Iranian mullahs to replace NATO forces after the September withdrawal.

The U.S. might restart former U.S. President Barack Obama’s cash deal with Iran, but Biden is not going to be as generous as Obama.

The mullahs’ spreading Shiite influence in the region is not a heart-winning formula in Iran. Some Iranians liked the idea of creating an Iranian crescent in the region for a while because it tickled the Iranian ego when it looked like its influence was spreading.

Not anymore. What is tickling the people is the empty shelves and overpriced foodstuffs.

The COVID-19 pandemic in Iran, like every other country, forced an increase in computerization and internet usage; schools went online and internet users increased 11% in the last two years.

The online courses do take up a lot of the time of these 6 million new users, but they are spending the remaining time online, accessing information that has been denied to them so far.

They now know how much the clerical regime has been stashing in their Swiss bank accounts. The mullahs might try to limit access to the internet, but Raisi must know there is no way to do it effectively.

He must also know that the critical juncture where that fateful encounter will happen is approaching fast.