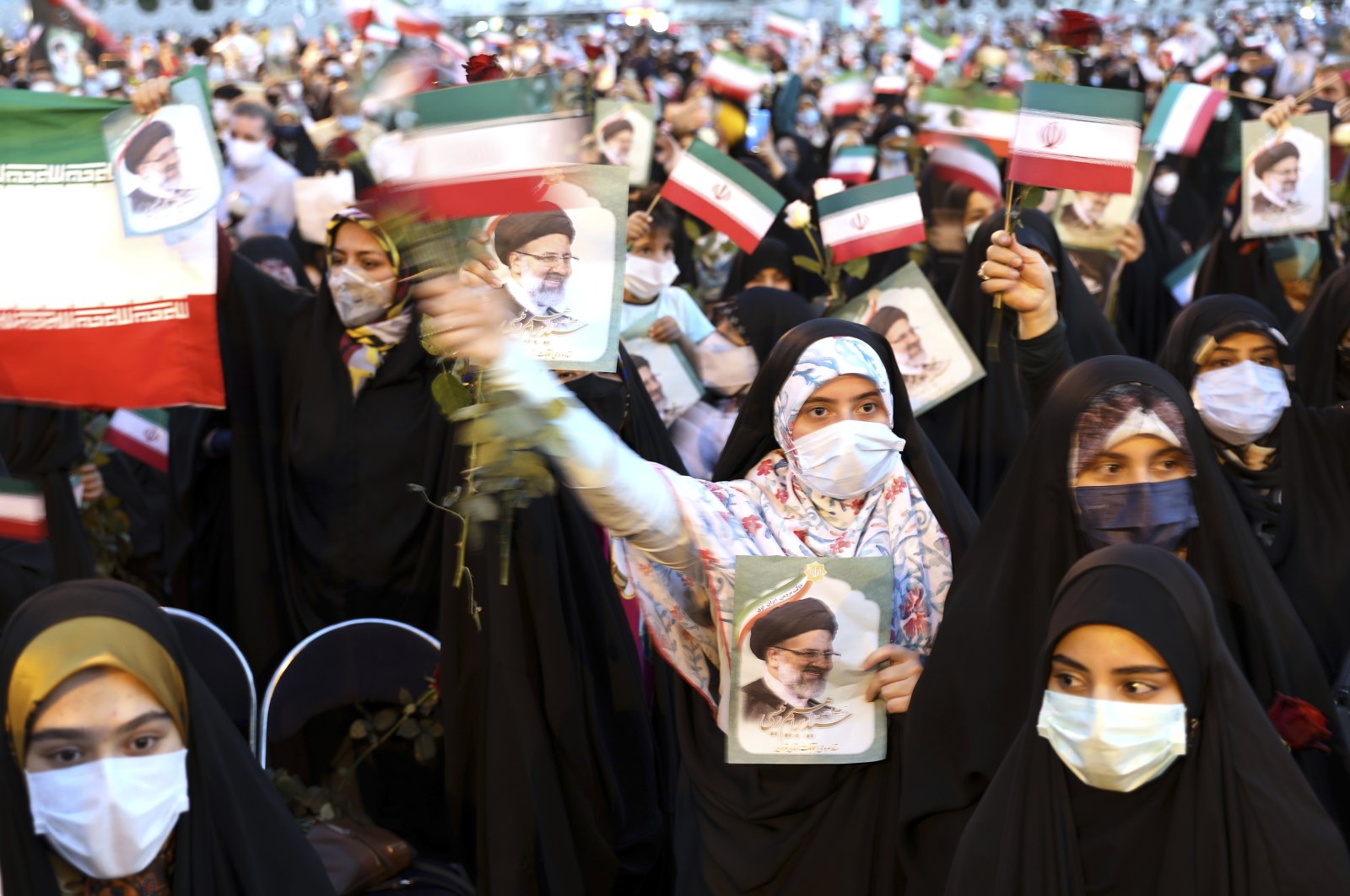 The world is divided after judiciary chief Ebrahim Raisi won Iran's elections, replacing incumbent Hassan Rouhani. Many leaders congratulated the new president, while others referred to him as “the butcher of Tehran” and called for an investigation into crimes against humanity

Ebrahim Raisi, a 60-year-old archconservative cleric who is close to Supreme Leader Ayatollah Ali Khamenei and is accused by the United States and the European Union of rights abuses, succeeded moderate President Hassan Rouhani. The new president is to be sworn in in August.

The elections were shadowed by calls for a boycott, and many apparently did stay home – out of over 59 million eligible voters, only 28.9 million voted. Of those voting, some 3.7 million people voided their ballots, far beyond the amount seen in previous elections and suggesting some wanted none of the four candidates. Iranian state television immediately blamed challenges of the coronavirus pandemic and U.S. sanctions for the low participation.

In a statement, his main reformist challenger and former top banker Hemmati urged Raisi to work for the "hope, peace and welfare" of the people.

His two fellow conservatives, Rezaei and Hashemi, also congratulated him on being the "decisive choice" of the people. Rezaei, in a statement, called for a "strong and popular government" that works to "solve problems of people."

Iran's outgoing moderate President Rouhani said his successor had been elected in the previous day's vote, without naming the widely expected winner, Raisi.

"I congratulate the people on their choice," said Rouhani. "My official congratulations will come later, but we know who got enough votes in this election and who is elected today by the people."

Interior Minister Abdolreza Rahmani Fazli, who gave the results, did not explain the high number of voided ballots. Elections in 2017 and 2012 saw some 1.2 million voided ballots apiece.

Abroad, the U.S. immediately criticized the elections, expressing regrets that Iranians were not able to participate in a “free and fair electoral process” in the country’s presidential election. However, a spokesperson for the U.S. Department of State said Washington will nonetheless continue negotiations with Tehran on rejoining the 2015 nuclear deal.

Turkey alongside Russia and Qatar congratulated Raisi, expressing hopes for further ties between the countries.

“Stating my belief that cooperation between our two countries will strengthen during your presidency, I am ready to work together with you,” Erdoğan said in a letter sent to Raisi.

Separate congratulations came from Dubai’s ruler Sheikh Mohammed bin Rashid Al Maktoum, who also serves as the vice president and prime minister of the United Arab Emirates (UAE). The UAE has been trying to de-escalate tensions with Iran ever since a series of attacks on shipping off its coast in 2019 that the U.S. Navy blamed on Iran. Also congratulating Raisi was Oman, which has served as an interlocutor between Tehran and the West.

Iran’s archrival Israel, however, condemned Raisi's victory. Foreign Minister Yair Lapid called Raisi “the butcher of Tehran” and accused him of being responsible for the deaths of “thousands of Iranians.”

“The butcher of Tehran, Ebrahim Raisi, has been rightly denounced by the international community for his direct role in the extrajudicial executions of over 30,000 people,” Lior Haiat, an Israeli Foreign Ministry spokesperson, said in a statement. “An extremist figure, committed to Iran’s rapidly advancing military nuclear program, his election makes clear Iran’s true malign intentions, and should prompt grave concern among the international community.”

The rhetoric was echoed by human rights organizations, such as Amnesty International and Human Rights Watch (HRW).

Secretary-General of Amnesty International Agnes Callamard said Raisi’s victory has triggered new calls for him to be investigated for “crimes against humanity.”

“That Ebrahim Raisi has risen to the presidency instead of being investigated for the crimes against humanity of murder, enforced disappearance and torture, is a grim reminder that impunity reigns supreme in Iran,” she said on Twitter. “We continue to call for Ebrahim Raisi to be investigated for his involvement in past and ongoing crimes under international law, including by states that exercise universal jurisdiction.”

Michael Page, deputy Middle East director at HRW, asserted in a statement that Raisi's path to the presidency was through “repression and an unfair election.”

“As head of Iran’s repressive judiciary, Raisi oversaw some of the most heinous crimes in Iran’s recent history, which deserve investigation and accountability rather than election to high office.”

Since the 1979 Islamic Revolution overthrew the shah, Iran’s theocracy has cited voter turnout as a sign of its legitimacy, beginning with its first referendum that won 98.2% support. Some, including former hard-line President Mahmoud Ahmadinejad, called for a boycott of Saturday’s election.

A constitutional panel under Khamenei disqualified reformists and those backing Rouhani, whose administration reached the 2015 nuclear deal with world powers. The accord disintegrated three years later with then-U.S. President Donald Trump’s unilateral withdrawal of America from the agreement.

Raisi’s election puts hard-liners firmly in control across the government as negotiations in Vienna continue to try to save a tattered deal meant to limit Iran’s nuclear program, at a time when Tehran is enriching uranium at its highest levels ever, though still short of weapons-grade levels. Tensions remain high with both the U.S. and Israel, which is believed to have carried out a series of attacks targeting Iranian nuclear sites as well as assassinating the scientist who created its military atomic program decades earlier.

Raisi also has become the first serving Iranian president sanctioned by the U.S. government even before entering office. The State Department said it hoped to build on the Vienna talks “regardless of who is in power.”

“Raisi’s ambivalence about foreign interaction will only worsen the chances that Washington could persuade Tehran to accept further limits on its nuclear program, regional influence, or missile program, at least in Joe Biden’s first term in office,” wrote Henry Rome, an analyst at the Eurasia Group who studies Iran.

Iranian presidents have almost all served two four-year terms. That means Raisi could be at the helm for what could be one of the most crucial moments for the country in decades – the death of the 82-year-old Khamenei. Speculation already has begun that Raisi might be a contender for the position, along with Khamenei’s son, Mojtaba.