Facts and fictions about the closure case against HDP 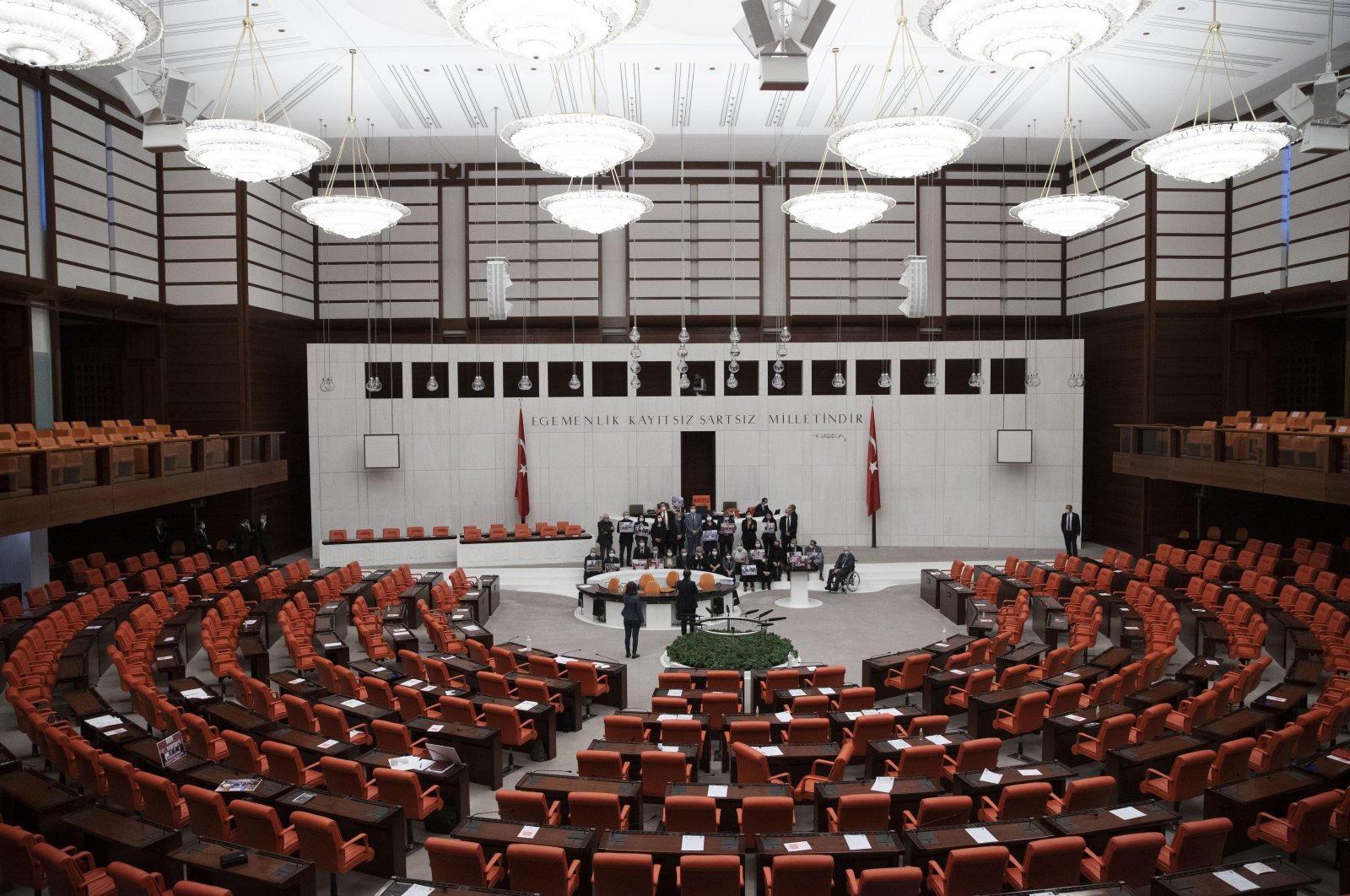 I wish I was writing about anything other than this matter. As a person, who, by and large, disapproves of the dissolution of political parties, it is a sad day for me. If only we hadn’t come to this point.

But, on the other hand, I am aware that biased reports over Turkey’s chief public prosecutor Bekir Şahin’s file on March 17 seeking dissolution of the Peoples' Democratic Party (HDP) have already been penned and started to circulate in the international media.

Probably, the so-called “Turkey experts” are about to end their op-eds while I am just starting to type. Since I have put forward a strong argument now, I stop for a moment to make a quick online search. And yes, it is everywhere, but skipping the reasons or the content of the indictment.

I don’t know where to begin to correct it. It is not the governing party but, the Supreme Court of Appeals applied to the Constitutional Court filing a lawsuit for closing the HDP. So, the move came from one of the top courts in the judiciary system that applies the law in the name of the state.

Why did France24 use the “govt” abbreviation, which actually means the system to govern a state while it is most commonly interpreted as the ruling (governing) party? I leave the answer to you.

Another bias in the headline is, of course, stating, “HDP fights ‘political coup’” as if it is a fact. What makes the indictment of the top prosecutor against the HDP a “political coup”? HDP co-chairs Pervin Buldan and Mithan Sancar’s first official statement after the move was, “The closure case against our party is a coup against the country’s democracy and law.”

Noting that Buldan and Sancar cannot even say “our country” instead of “the country,” while the only “coup” allegation concerning the lawsuit in question came from the indictees so far in Turkey, how come France24 so quickly concluded it is a “political coup”?

By drawing up the headline starting with “Turkey’s pro-Kurdish HDP fights ‘political coup,'" it is obvious that France24 is giving a shot to an insinuating, or to be clearer, a sneaky maneuver. Seriously, why doesn’t the French network just let the cat out of the bag as they have already done it many times during Turkey’s operations against the outlawed PKK, which killed over 40,000 Turkish citizens including thousands of Kurds, and its Syrian branch PYD?

Just spit it out again, lying like a rug: “Turkish government led by the President Recep Tayyip Erdoğan sees the Kurds as an enemy.” But they cannot because it is not true. They just delude their audience and manipulate public opinion by tacit but skillful wordings. Then they claim that they are an objective and unbiased network.

Since only the deconstruction of the headline took so long, I will not analyze the body of the so-called news report. On the other hand, reporting styles of most of the anti-Erdoğan media networks are not different. Although these networks battologize that the HDP does not have links to the PKK, the truth is bitter.

When Greece’s far-right Golden Dawn Party, which rose to become the country’s third-largest party during its recent financial crisis, was found to be a criminal group not so long ago, it was a “truly historic day for Greece” and “victory of democracy.” There is no doubt about it.

The details in the file

Going back to Turkey, at least 955 of the 1336 police inquiry reports prepared about the deputies and sent to the Turkish Parliament so far – include not only the accusations “disrupting the unity, integrity of the state” but also “murder,” “attempted murder,” “looting” and more – are against the HDP members.

On top of that, while the direct links between the HDP and the PKK terror group are floating in the sea of fake news about the PKK on the internet, standing side by side with the HDP undoubtingly, just because the party argues that it represents all the Kurds in Turkish political arena, which is not true, is hypocrisy.

Likewise, the PKK also claims that it is the representative of the Kurds, which is a lie for sure, and the PKK sympathizers, as well as the anti-Erdoğan circles, are easily ignoring the facts.

If the accusations in the file prepared by the top prosecutor of the Supreme Court against HDP leaders and its members of acting in a way that threatens Turkey's democracy, rules of law, the integrity and the unity of the state are proven, then, unfortunately, it deserves to be dissolved.

I don’t want to reiterate the crimes of the PKK and its affiliates as well as the links with the HDP here in this column as I wrote those down many times. But only one of the too many recent examples can give a fresh idea. After the execution of 13 Turkish citizens, who previously had been taken hostage by the PKK, in Gara, northern Iraq by the members of the terror group, Interior Minister Süleyman Soylu said that the Ak Party deputy Öznur Çalık had called the HDP co-chair Pervin Buldan trying to bring the hostages back to Turkey.

Soylu stated that Buldan first said to Çalık, “I will see if they have kidnapped them or not,” and then she called back in response and said, “They will host them a little, then release them.” Seriously, if this is not a direct link to a terrorist group, then what is?

If the Daesh terrorist group had direct links to a political party in any country around the world, what would your argument be? Would you “call on the government of the country in question to respect freedom of expression in line with protections in the Turkish constitution and with Turkey’s international obligations” just like the U.S. State Department’s Spokesperson Ned Price did on March 17 to defend the HDP?

After the Basque nationalist political party (Batasuna) had been banned in 2003 due to a court ruling declaring proven links with the separatist ETA – an acronym for Euskadi ta Askatasuna or “Basque Homeland and Freedom” in the Basque language and classified as a terrorist organization by Spain – the European Court of Human Rights (ECHR), in 2009, backed Spanish courts’ ban on not only Batasuna but also its proxies, the parties which were used by Batasuna to organize its ranks.

According to the ECHR, banning these parties was a response “to a pressing social need” due to their ties with the ETA.

The ECHR had also stated, “Given the situation in Spain for several years regarding terrorist attacks, these ties can be considered objectively as a threat to democracy,” adding that these parties “contradicted the concept of a ‘democratic society’ and presented a major danger to Spain's democracy.”

As I said above, it is widely known that the PKK killed more than 40,000 citizens since its foundation. How can someone argue that a political party with proven links to the PKK is innocent and facing a “political coup” for the God’s sake?

I already said that at the beginning, “if only we hadn’t come to this point.” For me, as a citizen of Turkey, a country with a long history of banning political parties, it is a very sad day. But nothing is threatening to democracy more than terrorism. So, the PKK apologists, please, for once, do not insult our intelligence.