Fuzuli airport and its meaning 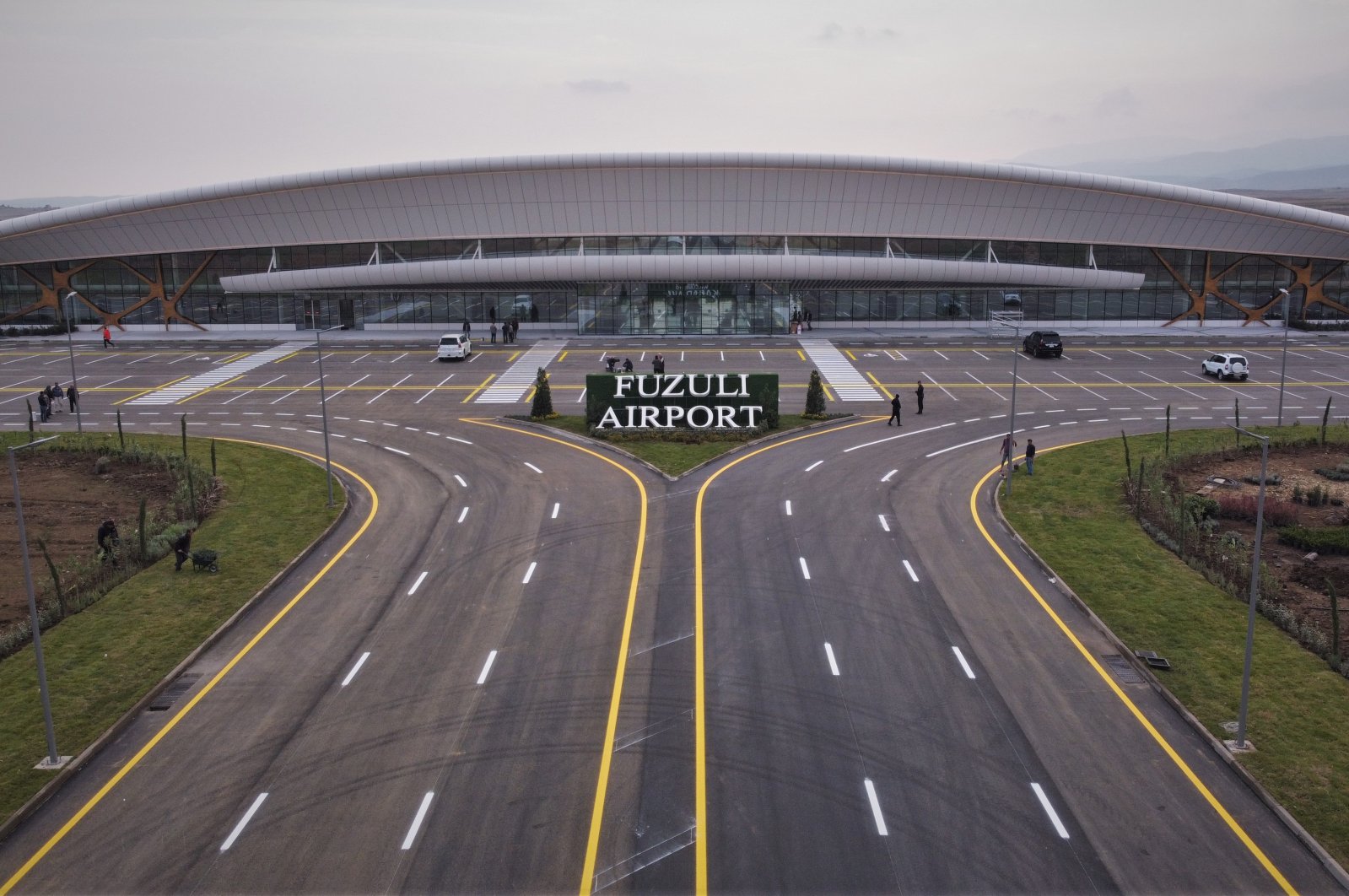 Fuzuli was once under Armenian occupation after the first Karabakh conflict ended with Armenians occupying Azerbaijani land. In the second Karabakh War, cities like Fuzuli were liberated after a valiant Azerbaijani military operation with the help of Turkish forces.

Now a brand-new airport has been built in Fuzuli, and President Recep Tayyip Erdoğan flew there last week for the official inauguration with his Azerbaijani counterpart, President Ilham Aliyev.

The airport was completed in eight months, and it has the distinction of being the first airport built by Azerbaijan in the liberated area. Erdoğan is the first leader to have landed at the airport.

Let me remind you that Fuzuli International Airport is not only an airport. It is the only air link between Karabakh and the world – it is the vital oxygen line of the region.

Nagorno-Karabakh had been under Armenian control since 1991 until Azerbaijan retook control of the area in 2020. Over the course of the 29-year occupation, the towns were depopulated and then repopulated by Armenia.

I went to Nagorno-Karabakh in 2009 as a journalist. I remember how poor and afflicted the land was. You cannot blame the civilians who were placed there. Most of them did not even know what happened before and during the war. It was hardly possible to find a meaningful Azerbaijani population in the towns at that time.

There were very few left in the capital Khankendi (Stepanakert, which is how the Armenians call it) and Shusha, the idyllic Azeri city, was almost a ghost town.

When I was traveling in the area I saw devastated cities and hopeless people: The issue was like a bleeding wound. The Azerbaijanis never forgot Karabakh and never gave up the struggle.

On the other hand, the Armenian civilians were living in a different reality. Politics divided a land and took it from its owners, but the new owners were mostly ignorant of the brutal past.

However, with Armenia’s aggression the situation became unbearable by September 2020. They attacked Tovuz and the Yerevan government signaled the end of negotiations that were ongoing for years, so in these circumstances, Azerbaijan began to fight for its territory.

The war began on Sept. 27, and after a couple of days, Baku took the military initiative. The Armenian president lost his credibility, and the war drastically transformed the political atmosphere in Yerevan.

The Armenian air defenses were neutralized and unmanned aerial vehicles (UAVs) were deployed against Armenian tanks.

The victory was a big political motivation for the Azerbaijanis and the concrete assistance from Turkey helped to achieve the result.

Turkey’s help showed also its strength in producing air defense systems in recent years. Turkish drones played a big role in the war. It is important to stress that the war was fought to return the land to its real owners, but it was not designated against a nationality. Turkey has been living together with its Armenians for centuries. Armenians are our brothers and sisters, much like our Azerbaijani sisters and brothers.

So the liberation of Nagorno-Karabakh is a big and just victory, but it is unrelated to our relationship with our Armenian population.

Turkey and Azerbaijan are two close friends and allies. Turkey is focused on the achievement of long-term peace in the region. For this goal, Ankara is engaged in dialogue with every country in the region. A search for a durable political settlement has begun. It includes dialogue with Armenia as well.