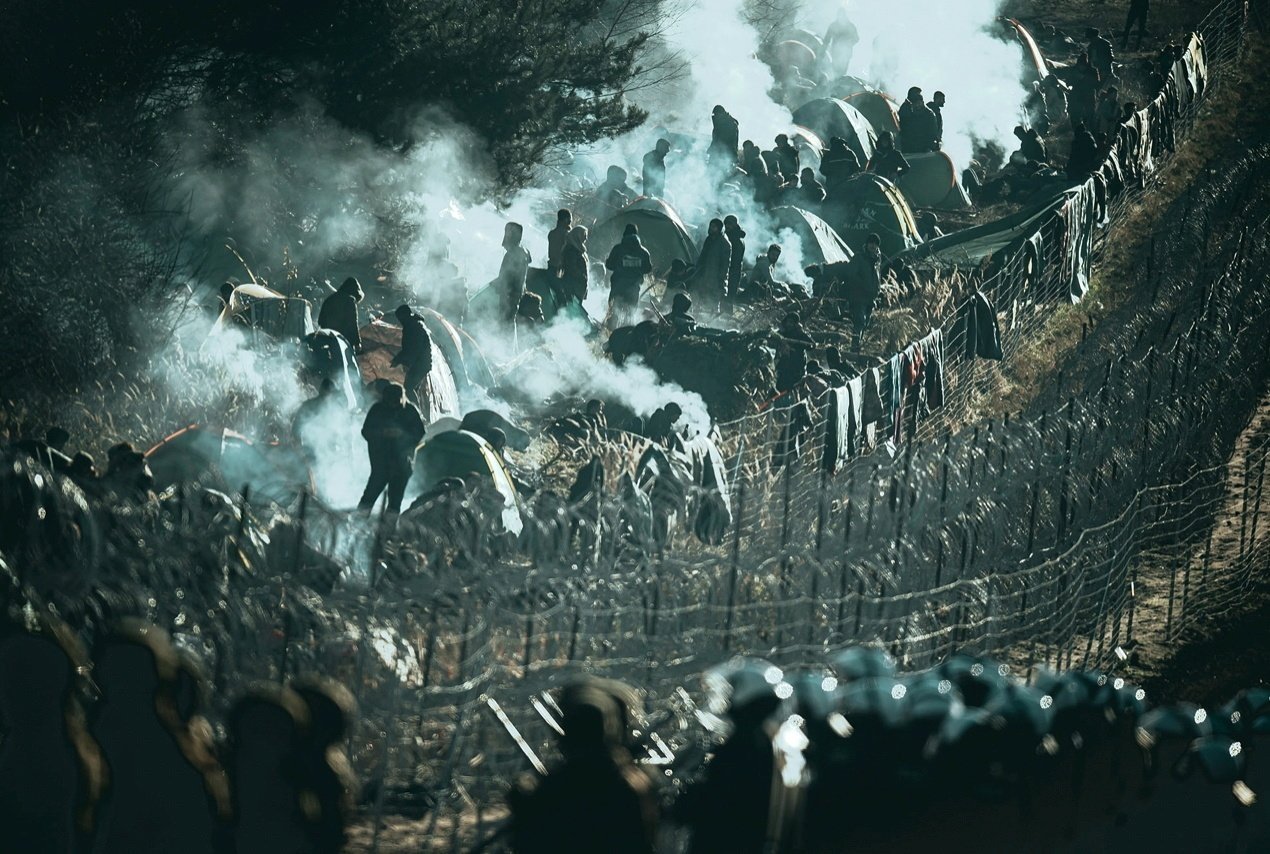 A dramatic human tragedy has been unfolding at the Belarus-Poland border for many days now. It is very sad to witness the brutality against little children, women and the elderly. Babies who are only a couple of months old are crying for milk, the elderly are freezing in the cold and mothers are desperately looking for shelter. Humanism is dying and we are witnessing its funeral.

The European Union does not want to accept any of these refugees and instead, they want to send them to Turkey! Germany’s Social Democratic Party (SPD) parliamentarian Nils Schmid suggested this idea, recalling the 2016 EU-Turkey deal. The EU struck a deal that meant Turkey would take in migrants whose asylum applications were rejected by the EU and in return, the union would pay Ankara a total of $6.8 billion (TL 73.32 billion).

However, it's not logical to make a proposal based on this deal since, firstly, the bloc did not stick to its promise and didn't pay the agreed-upon amount. Second, the eligibility criteria for immigrants also changed, disallowing entry to almost anyone seeking to rebuild their lives in the EU.

Since this proposal seemed baseless, the EU turned its head to eastern European states like Ukraine, Moldova or Georgia. Ukraine's response, however, was negative. Mykhailo Podolyak, the country's presidential adviser, said that Ukraine disagrees with the proposed migrant deal. His words were significant. He said that “the proposal is disrespectful towards migrants and they should not be treated like objects transferable from one place to another for political purposes.”

By the way, in today's crisis, it is also important to remember that most of the people crossed Russia to reach Belarus. So, the Kremlin should be asked to help as well, as it is a very strong entity with vast lands.

There is also another dimension to the crisis, which is the potential for a military confrontation. Belarus’ neighbors warned last week about such a risk. Ukraine is deploying thousands of additional troops at the border and the tension is increasing.

In this crisis, all sides seem to be wrong. Belarus is obviously using humans to pressure Europe. Europe is treating people like stones and Russia chooses to look the other way in this drama. A tragedy affecting many hundreds of families is seen as a power game played with bullets – but the bullets in this case are the people.

Here, we once again see Ankara's magnanimity in accepting refugees. Turkey has taken in millions of Syrian refugees in more than 10 years. It tries to absorb more than its capacity and is the only country prioritizing the human dimension. In Turkey, there is a political discussion about Syrian refugees. The government has taken a political risk by helping them. It is a bold strategy for President Recep Tayyip Erdoğan, but he always stressed that Turkey is big and will help others survive. I think this approach is very valuable. It is a good example at a time when the EU and all rich countries tend to forget the responsibilities that come from living in an interdependent and global world.