Is Germany changing its mind about FETÖ? 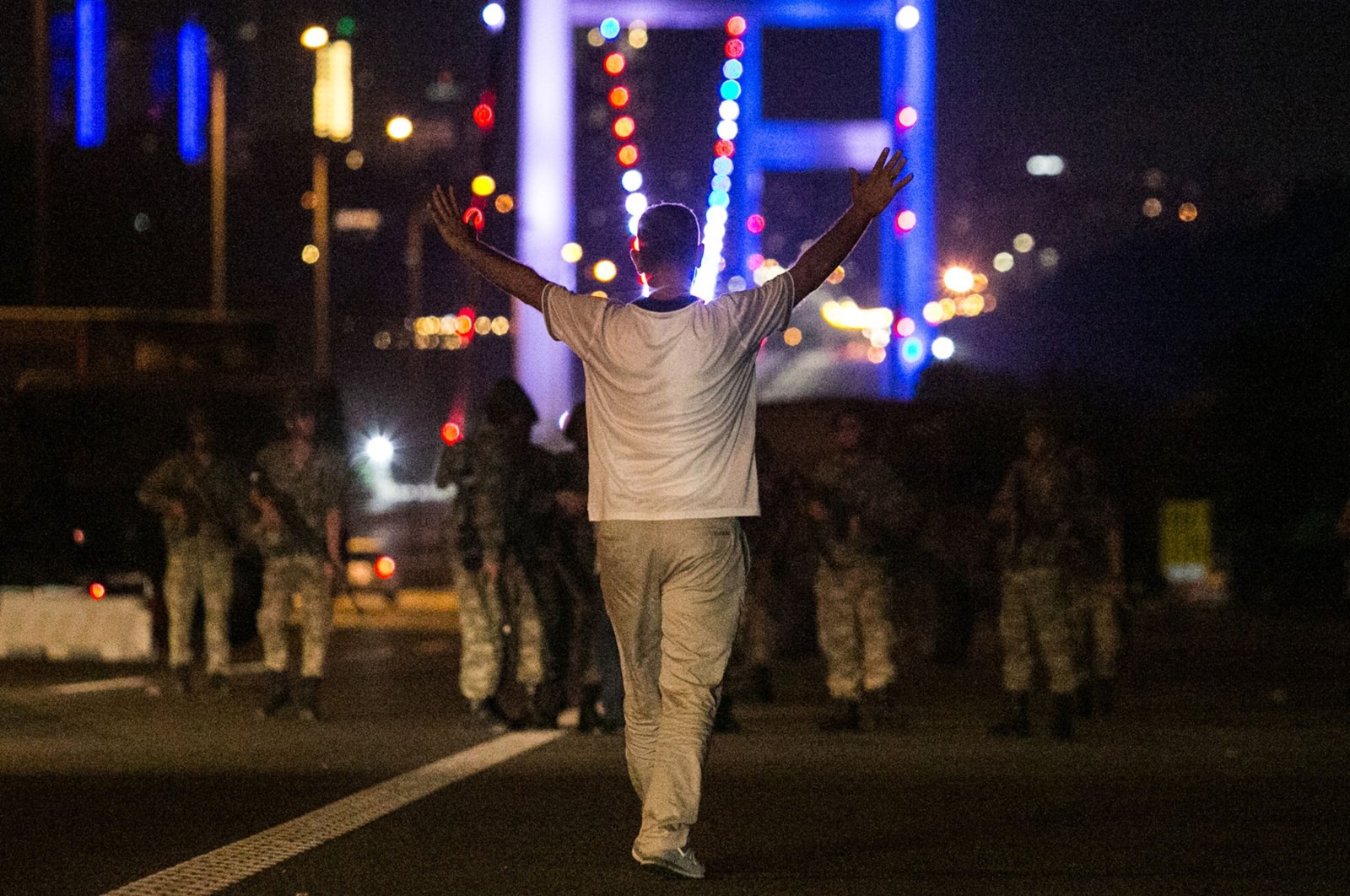 A man resists FETÖ-linked soldiers with his hands up at the entrance to the Bosphorus Bridge during the night of coup attempt, Istanbul, Turkey, July 16, 2016. (AFP Photo)
by Yahya Bostan Jan 27, 2021 12:05 am
RECOMMENDED

I stumbled upon a curious statement in an interview broadcast by Germany’s public television: “There is a cross-party consensus in Turkey on Fetullah Gülen’s (the leader of the Gülenist Terror Group (FETÖ)) responsibility for the July 15, 2016 coup attempt.”

For the record, that is indeed the case. Ask anyone on the street in Turkey and they will tell you that Gülen ordered that bloody attack. They would probably go further and ask you how the senior leaders of that group, which slaughtered innocent civilians in cold blood, get to live in Europe. Since the coup attempt has been laid bare, they may question why the United States still hasn’t extradited its mastermind.

Turkey experiences more problems with the U.S. over this issue than any other country. Washington’s refusal to extradite Gülen and his organization’s senior leaders strains bilateral relations.

Germany is a close second. Adil Öksüz, who oversaw the coup attempt from a military base outside Ankara and fled the country when the putsch failed, ended up within German borders. Germany, too, turned down Turkish requests for extradition.

On what grounds do these countries refuse to extradite known criminals? The U.S. and Germany argued that Turkey did not provide sufficient evidence to link those individuals to the coup attempt. Nearly 4 1/2 years have passed since July 15, but Washington keeps stonewalling Turkish inquiries.

Meanwhile in Germany, a serious debate appears to be underway over FETÖ. Here are two cases in point. First, a respected German newspaper, Süddeutsche Zeitung, warned its readers against “the dark nature of FETÖ, which has begun to put down roots in Germany and becoming dangerous.” That story quoted Christian Rumpf, a lawyer, as saying that the group was “more dangerous than the Illuminati.” One of the movement’s key attributes, the newspaper notes, is its total lack of transparency.

The Can Dündar case

The same questions about FETÖ’s dark nature resurfaced more recently in a documentary. The German public broadcaster ZDF commissioned an interesting project directed by Can Dündar – best known in Turkey for his collaboration with Gülenist prosecutors who were dismissed after the December 2013 operations.

As the editor-in-chief of Cumhuriyet, he transformed that center-left newspaper into a mouthpiece for FETÖ, whose members attempted to bring down the Turkish government and seize control of the state apparatus.

Dündar has more recently directed a documentary for ZDF titled "The Bridge" on the 2016 coup attempt in Turkey. The project relates to the night of the failed coup as well as the lead-up to July 15.

The disgraced journalist tells his audience that Gülen attempted to infiltrate the Turkish state for several years and concludes that Gülen and his followers were indeed responsible for the attempted coup. “The generals who were close to Gülen attempted to overthrow the government upon realizing that they were going to be dismissed,” Dündar argued.

The same documentary includes comments from Maximilian Popp, who served as Der Spiegel’s Turkey correspondent for three years. The journalist, too, stresses that “the Gülen movement never wanted moderate Islam or a civilian partnership. Its purpose was to exert influence, to seize power and to accomplish those goals without limitations.”

It is noteworthy that Gülen’s responsibility for the coup attempt was openly acknowledged in that documentary. Of course, there are some problems. Specifically, it appears to equate a secretive organization, which infiltrated public institutions, lacked an iota of legitimacy and committed illegal acts and human rights violations, with Turkey’s democratically elected government – whose legitimacy is rooted in the Constitution and free and fair elections.

Notwithstanding that major problem, here’s the bottom line: German officials, who want Turkey to produce concrete evidence linking the Gülenists to the coup attempt, could just watch that ZDF documentary to learn more about FETÖ’s dark nature and its involvement in the bloody massacre of July 15, 2016.