Is YPG attack final straw for Turkey in northern Syria? 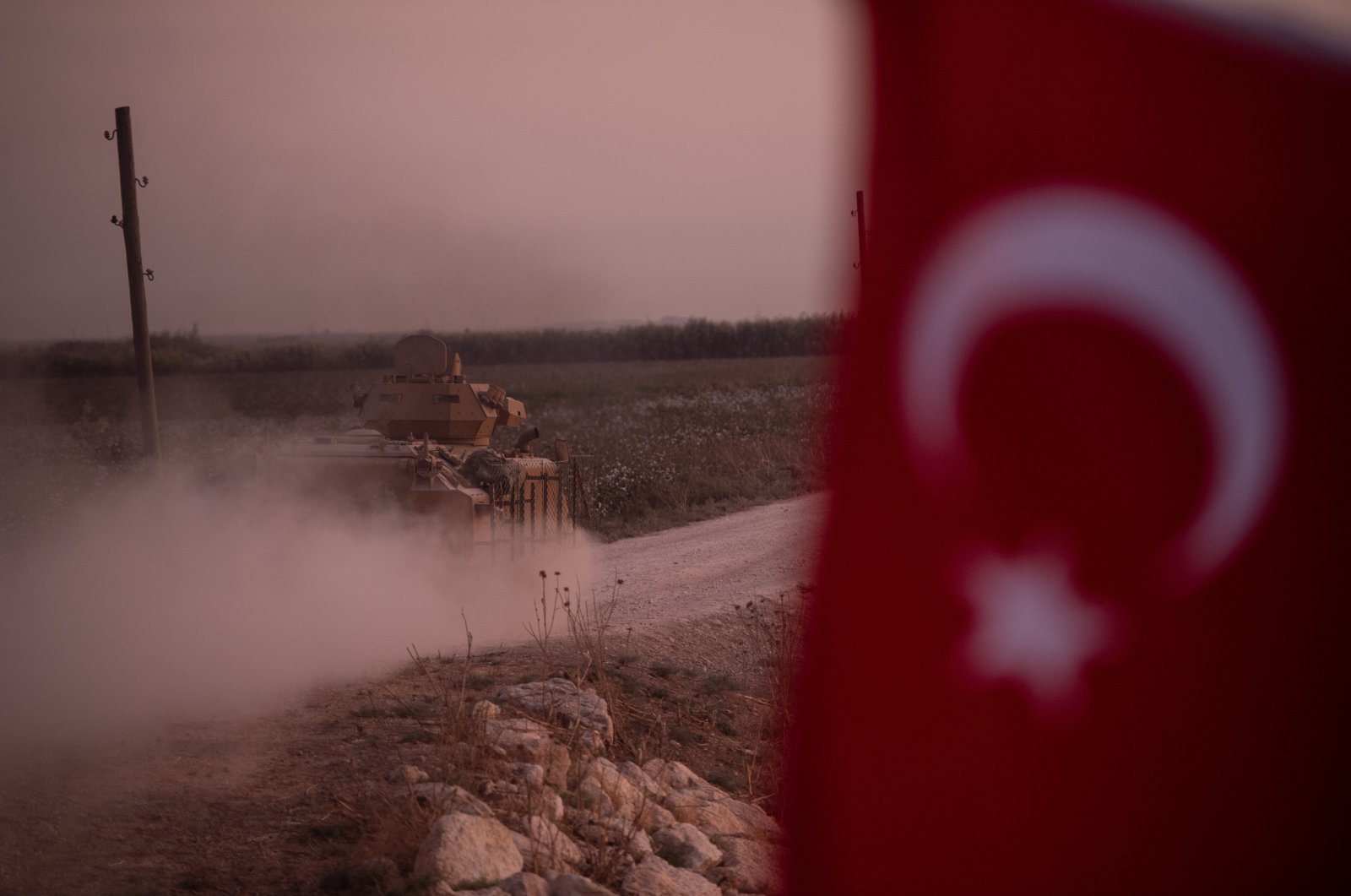 The Azaz province in northern Syria witnessed a brutal attack Sunday by the Syrian branch of the PKK terrorist group, the YPG, which killed two Turkish police officers and wounded two others. The terrorists attacked an armored vehicle in the Operation Euphrates Shield zone, an area in which the Turkish military is engaged in a counterterrorism offensive to tackle the YPG.

The Turkish operation's aim is to eradicate terrorist elements, including Daesh, that threaten Turkey’s national and border security.

After the YPG’s recent bloody attack, President Recep Tayyip Erdoğan said that Turkey will take necessary steps to eliminate the YPG threat. “We have run out of patience. We will either eliminate the terrorist threat with forces active there or with our own means,” he stated.

Since 2016, Turkish security forces have been active in the region to tackle the security threats targeting Turkish soil.

Following Turkey’s Operation Peace Spring in 2019, Russia made an agreement with Turkey promising it would work toward the withdrawal of terrorist groups from the region. However, Moscow, which does not seem to differentiate between civilians and terrorists, did nothing to combat the YPG’s existence.

The districts of northern Syria under Turkish control are still being targeted by terrorist forces who control large territories in northern Syria. This is a big security threat not only for Turkey but also for the whole region. However, the U.S. and its Western allies still don’t seem to recognize that threat.

The U.S. collaborated with the YPG in its fight against Daesh – a huge mistake from the beginning. Since then, Ankara has strongly objected to Washington’s support and has reiterated countless times that peace can never be achieved through pitting terrorist groups against each other.

There should be a principle to combat all terrorist groups in order to find permanent peace.

Unfortunately, however, last week, Ilham Ahmed, one of the YPG’s ringleaders, stated that the U.S. would continue to play a role in Syria to fight Daesh. This means that U.S. support for the YPG will continue, and the local people will continue to suffer because of it.

Those living in areas held by the YPG have long been a target of the terrorist group’s atrocities. Many have been kidnapped, recruited as child soldiers, tortured and killed.

The threat posed by Daesh cannot erase all these facts. The notorious group is very dangerous – but so is the YPG. That is why a common approach is needed to tackle armed terrorist groups in the region.

The YPG’s attacks on safe areas press Turkey to take urgent action. Moscow and Washington are not keeping their promises based on mutual agreements.

That is why Turkey might take a new action in the area. Ankara is still trying to solve the problem through diplomatic channels. However, It is clear that Turkey has been left alone to deal with the issue. If the PKK/YPG keeps up its hostile actions and attacks, there are not many options left for Turkey.