Israeli voters can solve the Palestinian cause 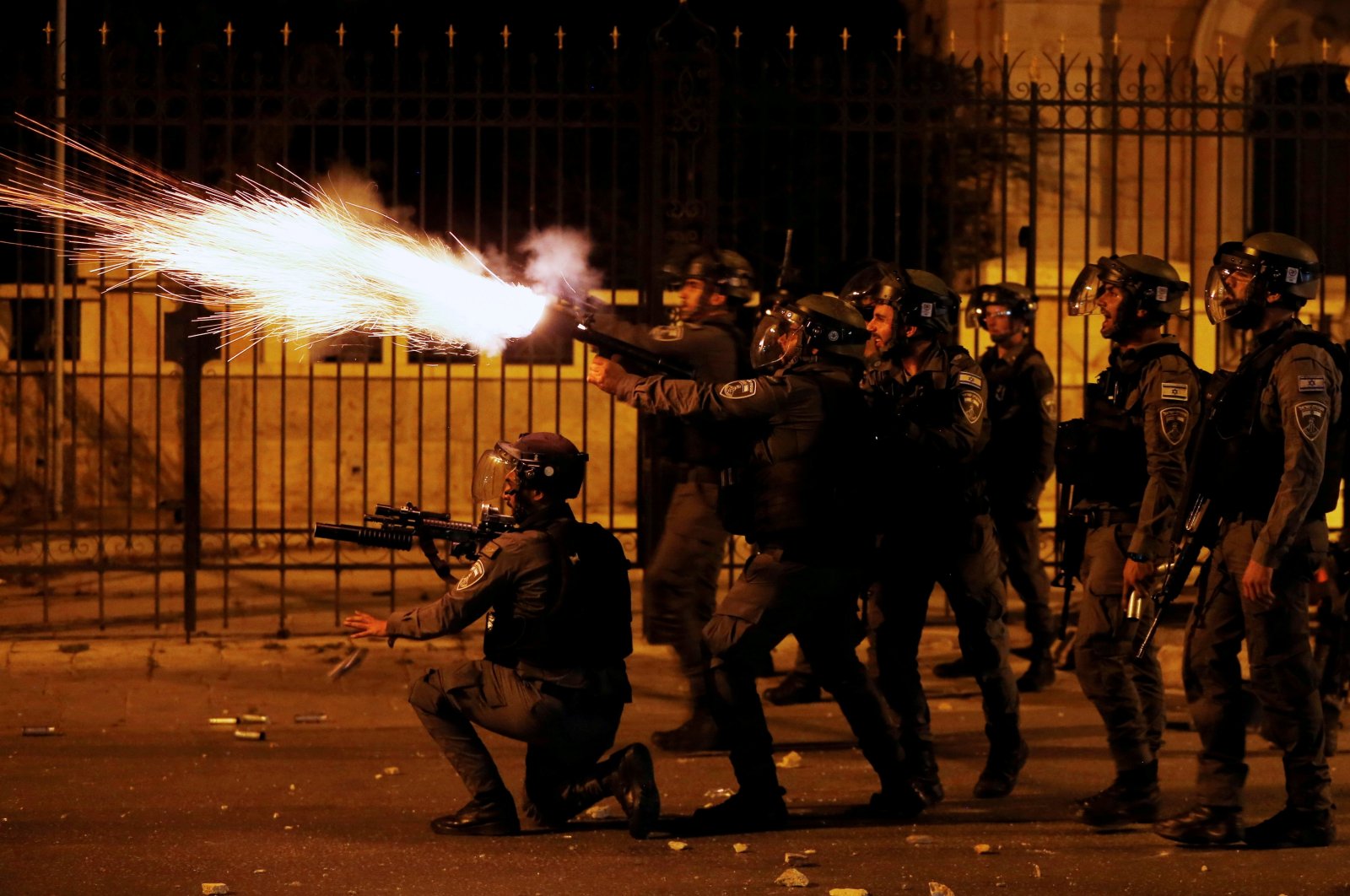 An Israeli police officer fires a weapon during a Palestinian protest over Israel's illegal eviction in Jerusalem, in Bethlehem, the Israeli-occupied West Bank, Palestine, May 10, 2021. (Reuters Photo)
by Melih Altınok May 13, 2021 12:05 am
RECOMMENDED

In the recent attacks carried out by Israeli forces against the Palestinians in the holy month of Ramadan, at least 35 people lost their lives and hundreds of others were wounded. There were also many children among the victims of the attacks.

The only “guilt” of the victims is that they wanted to break their fast on the stairs of Damascus Gate in accordance with the long-standing local Ramadan traditions. The centuries-old Al-Aqsa Mosque, which is the common heritage of humanity, was also damaged in Israel's operations against the unarmed civilians.

However, no one cares about the violence that would have caused a great fuss if it had happened in any Western capital. The United States is blocking the United Nations Security Council (UNSC), which is allegedly preparing to issue a declaration on the issue. The European Union only settles for explanations stating that they are worried.

The global press, by neglecting the violence against the children, is busy with the panic created by the "tin rockets" that some radical organizations fired from the Palestinian regions and that were instantly destroyed in the air by Israel's Iron Dome.

Free social media platforms limit the accounts that announce the events to the world public opinion. Even the Arab League could only gather online on the fourth day of the attacks, and they disbanded upon deciding to meet again to keep the issue on the agenda. With the exception of Palestine's foreign minister, no member at the meeting could condemn Israel's massacre.

The oppressed people of Palestine have been lonely in their fight against the Israeli war machine due to the Israeli influence over the realms of states, global capital and the media. As always, Turkey is the only country to be openly and rightfully by the Palestinians side.

Turkish President Recep Tayyip Erdoğan, who previously drew attention to the Palestinian tragedy by saying “the world is bigger than five” from the U.N. podium, is on the stage again. Erdoğan has talked with the regional leaders to create diplomatic pressure on the Tel Aviv administration, which has been announcing "harsher attack plans."

Concurrently, Ankara is heavily pressuring the EU, the U.N. and the Organisation of Islamic Cooperation (OIC).

Considering its prestigious position on the problem, can Turkey play a mediating role between Hamas and Israel?

In addition to its leverage in Palestine, Turkey, one of the first states to officially recognize the State of Israel in 1949, is of course one of the most suitable candidates for this role.

However, in order for such scenarios to work out practically, Israel should return to the peace-keeping process, as some Israeli commentators also state.

Tel Aviv's compliance with the decision of international law on illegal settlers is also the minimum step because the main problem that has surfaced once again with the current crisis is Israel's complete departure from the two-state solution and its persistence in its expansionist policy in the West Bank.

However, it is difficult to display such will for resolution as long as there are politicians who survive only with weak coalitions, such as Israeli Prime Minister Benjamin Netanyahu, since terrorizing Palestine to manipulate politics is the cheapest and surest method.