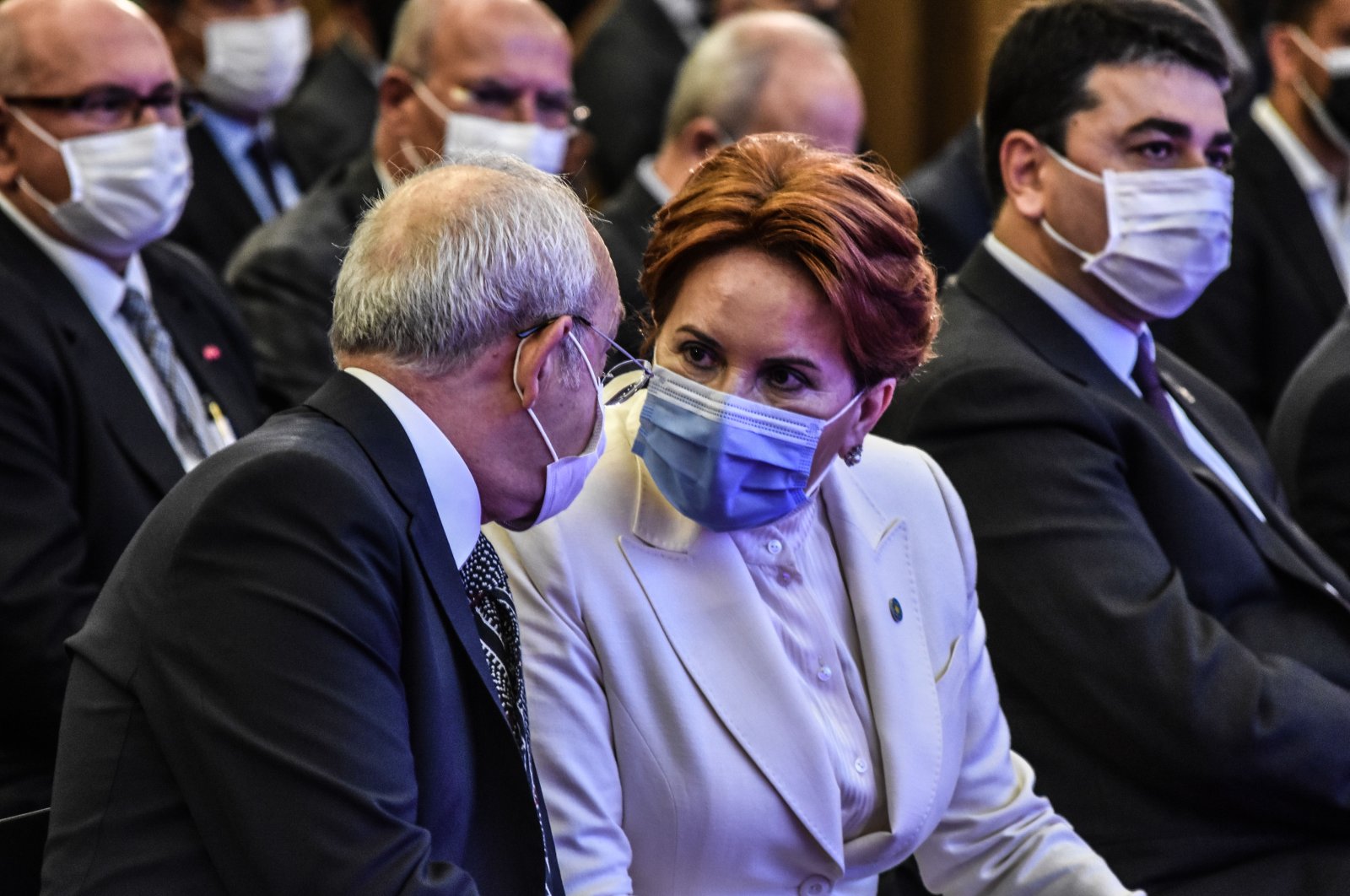 With Kemal Kılıçdaroğlu's recent moves, the IP's agenda to become Turkey’s top center-right party is unlikely to be achieved

There was a time when Turkey’s opposition parties faced criticism for lacking any coherent policy except for their search for a presidential candidate and call for an "augmented" parliamentary system. It is possible to argue that this has chapter ended with the main opposition Republican People’s Party’s (CHP) objection to the military authorization bill. In connection with that decision, the political debate will focus on counterterrorism, the future of the Peoples’ Democratic Party (HDP), foreign policy (including Syria) and a war of words over identity.

In this sense, the CHP’s decision to vote against military operations in Syria and Iraq was more than just an ordinary policy change. After all, the main opposition party’s idea of national security now differs from the ruling Justice and Development Party (AK Party), the Nationalist Movement Party (MHP) and the Good Party (IP). The CHP Chairperson Kemal Kılıçdaroğlu's letter to foreign ambassadors urging them not to invest in Kanal Istanbul, suggests that the party changed its mind about the idea of national sovereignty as well. Indeed, Kılıçdaroğlu’s aforementioned letters to foreign ambassadors serve to escalate tensions due to the proximity of a controversy surrounding 10 envoys in Turkey. At the same time, the main opposition leader thus paved the way for Western meddling in the Turkish elections on the basis of “democracy and human rights.”

Is HDP part of what?

Whose interest does the increasing clarity serve? The CHP and the HDP, of course. By contrast, the IP – and the rest of Turkey’s opposition parties – are bound to suffer from it. Although Kılıçdaroğlu threatened action against the terrorist organization PKK’s stronghold in Qandil to mitigate the negative perception of his policy change regarding the HDP, it was the HDP leadership itself that best explained what that change really meant. The main opposition’s objection to military operations, which was in line with earlier comments about the HDP being a “legitimate counterpart,” lent credibility to the HDP’s own claim of becoming “part of the government.”

It remains unclear whether the CHP leadership’s decision reflected a broader debate within itself. Yet, that move was clearly rooted in an ambitious policy of forming alliances to defeat President Recep Tayyip Erdoğan in the 2023 elections. The current state of affairs, however, puts IP Chairperson Meral Akşener in a difficult spot. Whereas Kılıçdaroğlu says that he takes into consideration six opposition parties, including Akşener’s IP, the main opposition leader calls the shots when it comes to picking the candidate and making policy choices. Having talked Akşener out of a presidential bid, Kılıçdaroğlu now undermined her statement of support for “one of the metropolitan mayors” by saying that the mayors should “just do their jobs.” Akşener, who could not make any progress regarding a joint presidential bid, lags behind Kılıçdaroğlu with regard to policy development as well.

Akşener and members of her party, who care about nationalist and religious voters, find it difficult to account for the rapprochement between the CHP and the HDP in meetings with voters around the country. After all, the CHP itself lacks the ability to explain that decision to its own base. Indeed, the IP chairperson turned to her old talking points, positioning the HDP alongside PKK terrorists. Akşener faces an obvious dilemma: Her party went after center-right voters and adopted a multilayered and ambiguous discourse to win over the rest, thus avoiding tensions over the HDP and national security. The CHP’s alignment with the HDP, however, calls for more than ambiguity in a country with a long history of fighting terrorism. Interestingly enough, it was the main opposition party that came up with that imposition. Having been told that “this is Kurdistan” on the ground, the IP leadership lost control in the end, as IP's lawmaker and heavyweight Lütfü Türkkan cursed at a man related to a martyr.

The IP finds itself between a rock and a hard place due to the CHP’s opposition to counterterrorism operations and alignment with HDP. For those voters, whom Akşener tries to win over, the military authorization bill and the HDP question both represent vital issues. In other words, the transformation of the CHP’s approach to nationalism creates problems for Akşener on national security and sovereignty. That problem won’t go away by sacking Türkkan. That Akşener emerges as a secondary figure in the opposition, with Kılıçdaroğlu seizing its leadership, is incompatible with the IP's ambition to become Turkey’s top center-right party.