NATO gathering: Back to basics or just confusion? 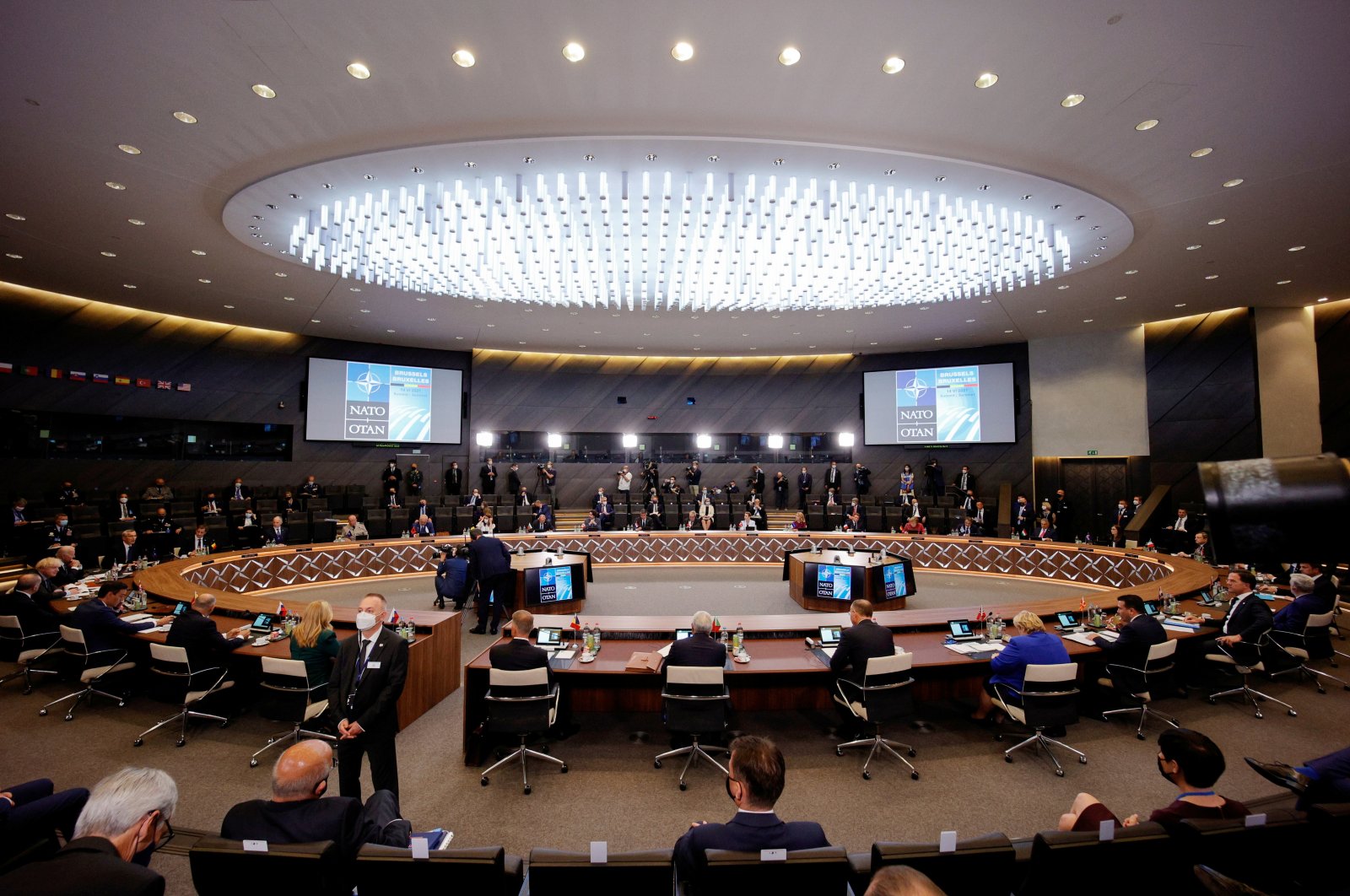 NATO heads of states and governments gather for a plenary session at the NATO summit in Brussels, Belgium, June 14, 2021. (Reuters Photo)
by Talha Köse Jun 19, 2021 12:05 am
RECOMMENDED

NATO held its 31st leaders' summit in Brussels on June 14. This year's summit had a specific significance due to the participation of United States President Joe Biden.

Biden joined the NATO summit after the G-7 meeting, which took place in London.

After the NATO summit, Biden also participated in the NATO-European Union meeting in Brussels. Biden's historic meeting with Russian President Vladimir Putin at Geneva was also one of his most critical road trips.

The U.S. president constantly emphasized the importance of the trans-Atlantic alliance and Washington's commitment to the alliance.

Unlike his predecessor Donald Trump, who championed the "America first policy," Biden paid particular attention to strengthening U.S. ties with its allies.

Biden also had a meeting with President Recep Tayyip Erdoğan. It was crucial to overcoming the number of issues and obstacles accumulated over the last decade, which generated a rift and a trust problem between the two NATO allies.

The Erdoğan-Biden meeting helped forge a new climate where Turkish and American officials may engage the tricky topics more constructively.

Overall, significantly, Biden's diplomatic activism helped to fill some of the gaps left by Trump. The spirit of trans-Atlantic solidarity is partially restored after the Trump experience and the disruptive influence of the coronavirus pandemic.

The general atmosphere during the meeting and after the U.S.-EU summit was constructive. The Biden-Putin summit left behind mixed outcomes, the consequences of which will be understood in the coming months.

European concerns related to their security priorities were highlighted before and during the summit. Still, this time no fundamental criticism has been outlined for the centrality of NATO regarding the security of Europe.

In addition to the conventional security issues, the themes of climate change and cybersecurity and the use of disruptive technologies were added to the defense agenda of the alliance.

The emphasis on China in the summit declaration was clear. The declaration had a statement regarding "China's stated ambitions and assertive behavior present systemic challenges to the rules-based international order and areas relevant to Alliance security."

The alliance called for stronger solidarity, stating, "China's growing influence and international policies can present challenges that we need to address together as an Alliance."

There were also carefully calibrated and detailed statements regarding Russia's disruptive influence on the security of alliance members.

Together with the conventional threats, a set of new threat definitions are also included in the final declaration, which led to the expansion of the agenda of the alliance.

"Irregular migration, human trafficking, cyber, hybrid and other asymmetric threats, disinformation campaigns, the malicious use of sophisticated emerging and disruptive technologies; the impact of rapid advances in the space domain on security and climate change" are included in the final declaration.

With such an expanded agenda, it is difficult to focus the alliance members on particular action schemas. It is therefore mentioned with a specific emphasis that it is a political alliance for shared values.

Including the current challenges in the shared agenda of the coalition is very complicated. Yet, with such a broad agenda and a lack of a significant action framework, this expansion may risk turning into disruption.

Almost all the potential threats are mentioned in the list of the final declaration, but the declaration loses its impact.

Reassurance of the alliance

The reassurance of the allies' solidarity, emphasis on China as a threat to the values and interests of the alliance, and detailed highlights regarding Moscow's threatening steps to alliance members are the most remarkable highlights of the final alliance declaration.

Beyond the final declaration, however, Biden's strong commitment as the "trans-Atlantic alliance leader" was the strongest message.

European leaders are more motivated to work with an American president who respects the procedures and institutions.

In the microdomain, however, there are still disagreements on various issues. Those disagreements and confusion generate more space for competitors and enemies of alliance members.

For the alliance, the NATO summit had positive consequences. Turkish-European and Turkish-American relations were strained in the last couple of years. There were earlier efforts to reduce tensions with the Western allies.

Meetings with Polish, Hungarian and British leaders were also valuable to deepen the common understanding and joint strategic actions with these allies.

The sessions were insufficient to address the accumulated problems, but the leaders reached a consensus to handle all their issues through more constructive diplomatic dialogues.

This is a significant step toward reducing Turkey's diplomatic isolation from some of its NATO allies. Overall, the return of multilateral diplomacy and efforts to restore trust was important for the partners of the trans-Atlantic alliance.

For Turkey, the NATO summit and the side meetings helped break the feeling of isolation from its Western allies.