No way out from Afghan migrant crisis without Turkey 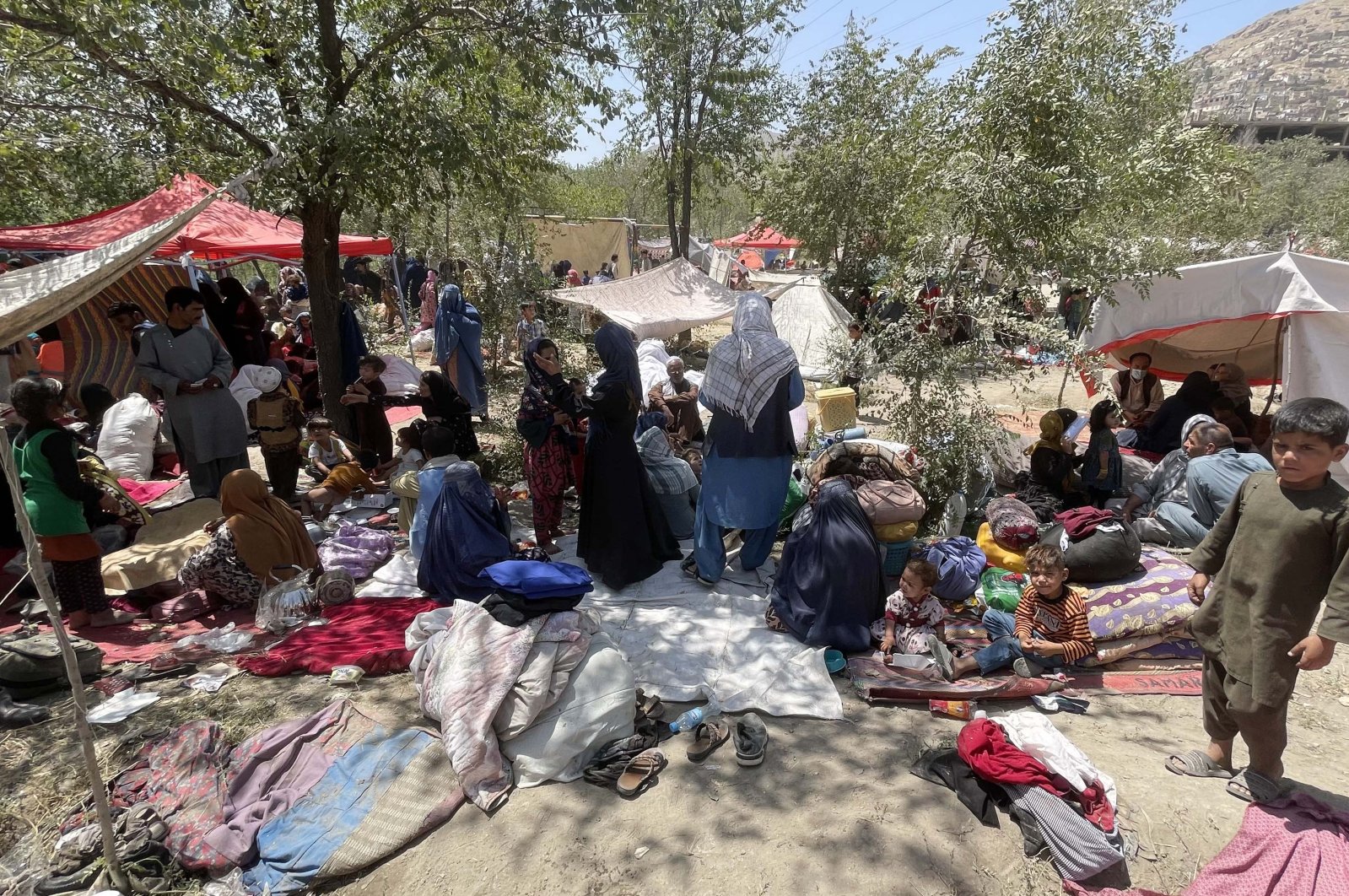 Afghan migrants, who left their homes due to the clashes between Afghan government forces and the Taliban, survive under difficult conditions in a park with makeshift tents they set up in the capital, Kabul, Afghanistan, on Aug. 8, 2021. (AA Photo)
by Melih Altınok Aug 12, 2021 12:05 am

Turkey plays a critical role in the migrant crisis following the U.S. withdrawal from Afghanistan. In this crisis, the EU must also do its duty

With the withdrawal of the United States military from Afghanistan, the Taliban forces are taking over cities. After the fall of the city of Faizabad, a ninth province is in Taliban hands. It is estimated that the radicals control 65% of the country.

Emigration is not a new thing in Afghanistan, due to yearslong conflicts, but in the face of the Taliban's advance, there has been a tremendous increase in the number of civilians trying to flee the country. This situation causes great difficulties in countries on the western route, which is the route preferred by refugees.

European states explain that they have not lifted the current refugee burden. There are also serious differences of opinion within the European Union.

No safe zone for Afghans

In the report prepared by the representative of the EU delegation in Afghanistan and the ambassadors of the EU member states in Kabul, it is recommended to suspend the practice that stipulates the compulsory deportation of Afghans to their country. Diplomats point out that security in Afghanistan has deteriorated significantly and there is a shortage of safe zones.

However, Germany, the Netherlands, Austria, Belgium, Denmark and Greece argue that the practice of deporting Afghans to their country should continue. Otherwise, they argue, it will motivate even more Afghan citizens to leave their country to reach the EU.

As in every crisis in the region, Turkey bears the biggest part of the refugee burden in the Afghanistan problem. Afghan refugees come to this safe harbor, which forms the border of the EU and NATO, passing tangentially to Iran.

This situation puts a great strain on Ankara, which is currently hosting close to 5 million Syrian refugees.

The government, led by President Recep Tayyip Erdoğan, is struggling with the economic and social burden of refugees, while on the other hand, it is stuck in a corner with the populist rhetoric and actions of the opposition bloc.

Think about it... The mayor of Bolu, a city in northwestern Turkey, from the main opposition Republican People’s Party (CHP) that describes itself as a leftist party, offers to sell basic necessities such as water to “foreigners” in the city at a cost ten times the normal price.

This fascistic bill is supported by the votes of the nationalist Good Party (IP), which established the "Nation Alliance" with the CHP.

The EU, which could not take the initiative on the issue of Syrian refugees, should not make the same mistake about Afghan refugees. It should act immediately to avoid a crisis similar to the refugee crisis it faced in 2015-2016.

An umbrella, including the U.S., the United Nations and nongovernmental organizations, should be formed and an emergency action plan should be put into practice under the implementation of Turkey, which is a transit country.

This cooperation, which will set an example for sudden demographic changes elsewhere in the world, will also be useful for reining in the rising anti-foreign populist wave in Europe.