PKK/YPG as notorious and bloody as Daesh 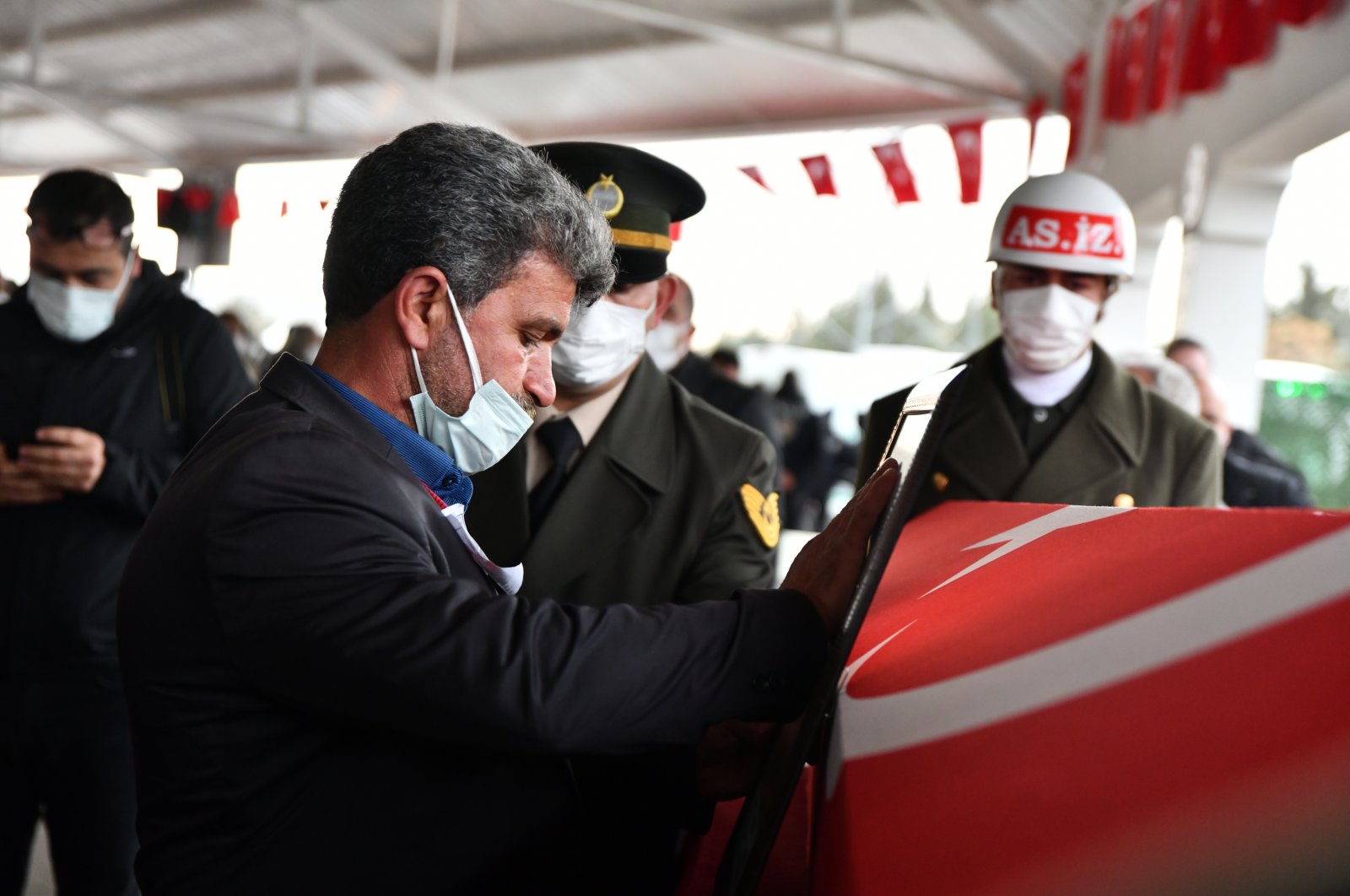 A ceremony is held for two Turkish citizens who were executed by the PKK terrorist group in northern Iraq's Gara region, in Gaziantep province, southeastern Turkey, Feb. 16, 2021. (AA Photo)
by Melih Altınok Feb 18, 2021 12:05 am
RECOMMENDED

Last month, the Turkish Armed Forces (TSK) launched a comprehensive anti-terrorist operation called Claw-Eagle against points under the control of the PKK terrorist group and its Syrian offshoot, the YPG. The plan was aimed at targeting terrorist elements and rescuing Turkish citizens held hostage by terrorists for six years in Gara, northern Iraq.

Tragically, however, once Claw-Eagle 2 started and the TSK took action, the PKK/YPG terrorists executed 13 hostages one by one in tunnels built into a cave.

The massacre sparked outrage among the Turkish public. Politicians and the media overwhelmingly condemned the PKK/YPG for infringing on even minimal humanitarian rules and murdering defenseless people.

Remarkably, the incident brought together the ruling and opposition political blocs that rarely side with each other. The defense and interior ministers visited the heads of the main opposition Republican People’s Party (CHP) and the Good Party (IP) and the two components of the dominant Nation Alliance to share details about the operation.

Once again, all eyes turned to the Peoples’ Democratic Party (HDP), the political wing of the PKK/YPG.

Even in this crime against humanity, they play the PKK’s advocate. Their implication that “hostages were killed by the TSK bombardments” was refuted by photos of the execution. The terrorists who were caught in the operation explained how they carried out the executions, putting the HDP in a shameful position.

When the terrorists kidnapped Turkish citizens, however, HDP officials informed state authorities that (the PKK) would “host them for a few days and release” them. They are still trying to save face through evasive statements. They fail to unconditionally condemn the PKK/YPG, which is responsible for the brutality that has been revealed with all this evidence.

No matter what the HDP says now, this latest incident is the final straw. The Turkish people are crying out against the relationship between the PKK/YPG and the HDP, which no democratic rule of law can tolerate. They are calling on the government and opposition, which have taken a principled stance against the closures, to revisit the issue.

They are not wrong at all.

Indeed, the HDP, a legal structure represented in Parliament, does not function to pave the way for political channels and remove the PKK/YPG from violence. On the contrary, as during the Reconciliation Process in 2013, when the government puts forward a will for the capitulation of arms, they withdraw from talks with lame excuses.

The reason is that they garner votes from the conflict environment that has killed more than 50,000 people over the years.

The Turkish people's expectation from friendly and allied countries is obvious: They should not make a distinction between Daesh and the PKK/YPG, which are fighting for dominance in northern Syria and Iraq.

Obviously, they are relieved because they see the Middle East as a region “far from home.” For this reason, they treat PKK/YPG militants as “political activists” and embrace them.

They should not forget that, as it has become clear in the refugee crisis, the security of Turkey – which forms the southeastern border of NATO and the European Union – is of direct concern to themselves.

As with the assassination of former Swedish Prime Minister Olof Palme in 1986, they should not forget that the PKK is a useful weapon that can be discharged in every country when the time comes.

We ask our “friends” to take a principled position against the PKK/YPG terrorists, at least considering this fact, if not in the name of humanity.

Or do we want too much?