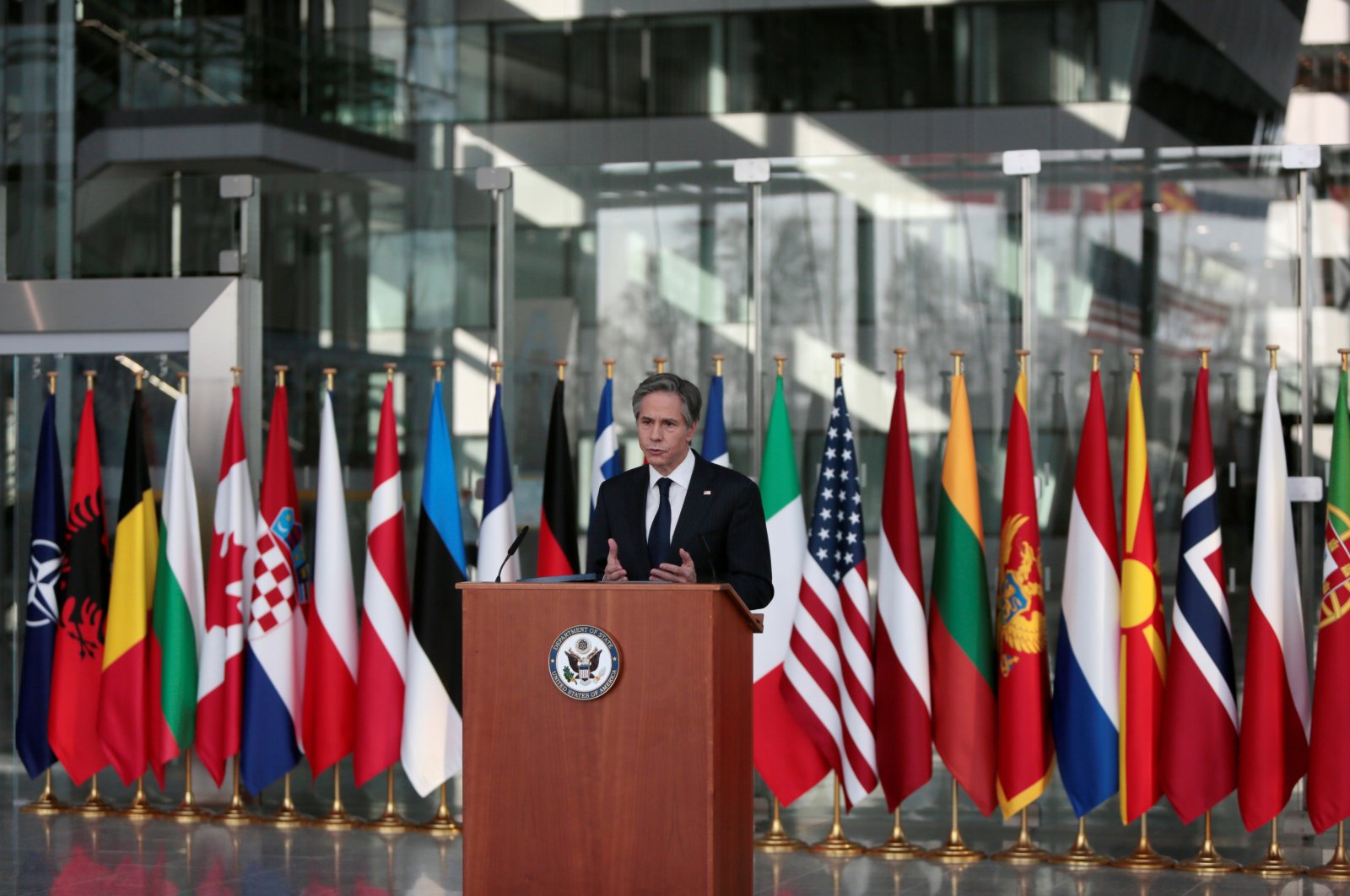 U.S. Secretary of State Antony Blinken delivers a speech after a meeting of NATO foreign ministers at NATO headquarters in Brussels, Belgium, March 24, 2021. (Reuters Photo)
by Kerem Alkin
Apr 03, 2021 12:05 am

For the past decade, the world has passionately discussed China's Belt and Road Initiative (BRI). In order to reinforce its increasing dominance in the world economy with intercontinental logistics, transportation and investment networks through "northern, middle and southern belts," China has already signed over 200 agreements with 138 countries.

Naturally, China's continuing expansion in the global economy and trade has had some political consequences and unsettled the U.S. as the leader of the Atlantic alliance.

For example, even though former U.S. President Donald Trump and current U.S. President Joe Biden hate each other, the two share the same attitude toward China.

Recently, U.S. Secretary of State Antony Blinken harshly commented on China and Russia at the NATO meeting in Brussels, and Biden's policy was accordingly noted.

In his phone call with British Prime Minister Boris Johnson, Biden discussed climate change and the NATO alliance and also the issue of China based on the competition regarding the BRI.

Biden suggested a similar initiative to his U.K. counterpart to be initiated by democratic states to provide the necessary support to the communities in need of help.

It is important, no doubt, that the U.S. talks about an "alternative" project for the BRI.

However, Blinken's findings at the NATO gathering pointed out that the trust within the alliance was shaken and the common values such as democracy and human rights were threatened from both inside and outside. Based on this reality, it requires a "confrontation" on the choices of the past 20 years in terms of the alliance's motives.

Although Blinken saw that the spirit of the alliance is needed within NATO, it is equally important to re-strengthen mutual trust in order to establish this.

In this context, it will be vital for the future of the Atlantic Alliance and NATO if Turkey, a significant NATO member, has a strong say in the decisions, parallel to the weight it has on its shoulders. Also, the alliance's European Union states should not bring the controversial "non-EU member" discrimination to the alliance's table because such things only further damage the spirit of the alliance.

Confronting the "20-year-old choices" requires the U.S. to question the following dilemma: "Development with or without democracy."

Many countries of the Atlantic Alliance preferred to look at the economic developments defined as the "Asian Miracle" of the last 20-25 years. They also observed the increasing role of Asia and China in the global production of goods and services and its contribution to global costs and profitability from a very narrow angle.

They did not force these countries to produce or develop while showing sensitivity to "democracy," "human rights" or "workers' rights."

Therefore, the success of developing countries such as Turkey, where its democratic culture and quality rose, must be applauded.

Today's call for democratic countries to support countries in need through an initiative similar to the BRI is valuable but it carries the risk of being late in terms of timing.

Blinken's call in his speech at the United Nations Security Council on April 1 in which he said, “Despite our differences, we must find a way to help the people in Syria. It is our responsibility, shame on us if we do not follow through,” again highlights Turkey’s indispensability and its capability to find solutions for all the issues.

This is why Turkey will continue to assume its leading role in solving global issues today and in the future.