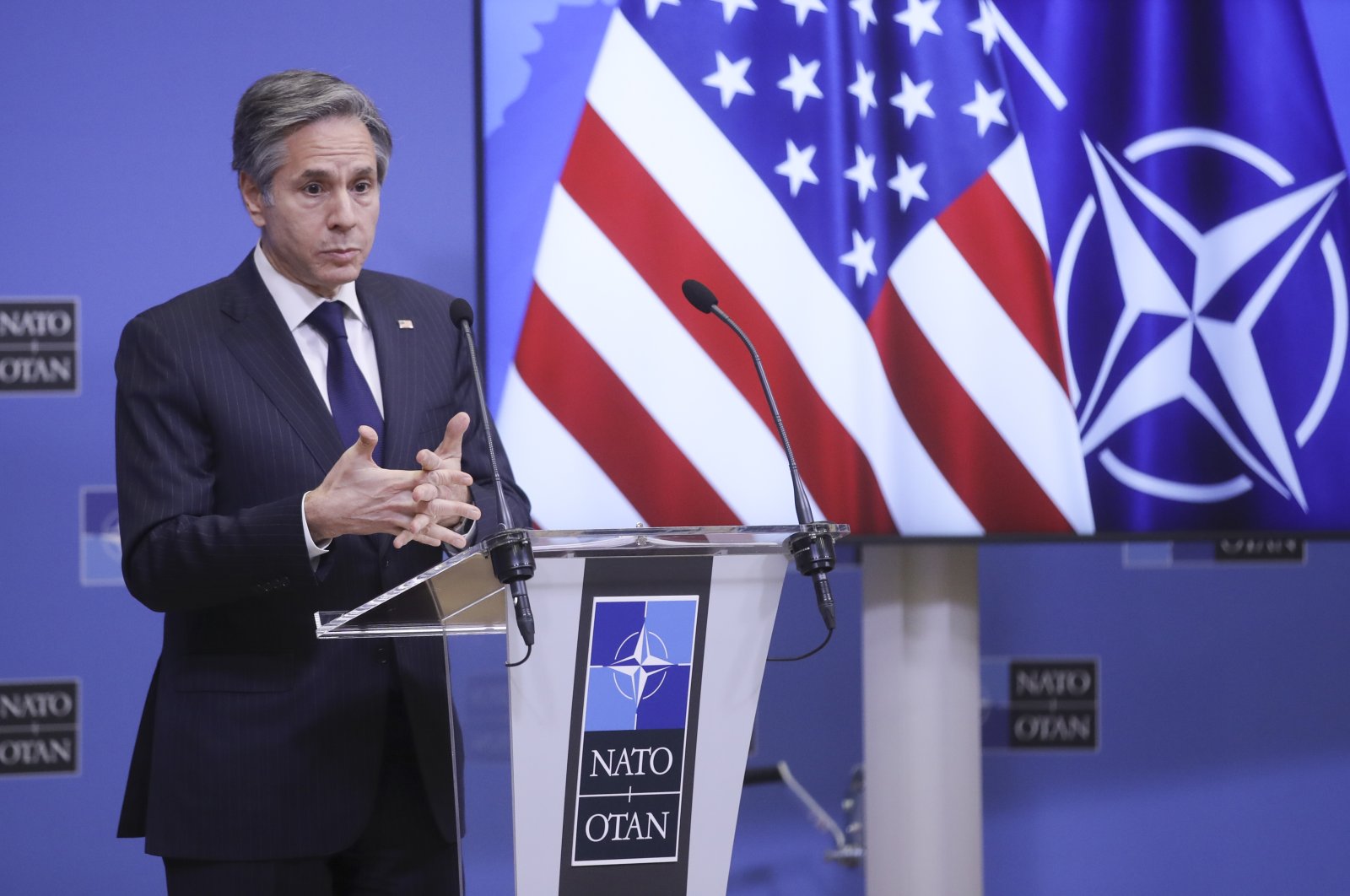 The United States and countries around Europe are stepping up cooperation to respond to "aggressive and coercive” behavior by China, days after the U.S. and its allies launched coordinated sanctions against Chinese officials accused of rights abuses in the far-western Xinjiang region.

Secretary of State Antony Blinken said Wednesday that he wants to work with the U.S.' partners on "how to advance our shared economic interests and to counter some of China’s aggressive and coercive actions, as well as its failures, at least in the past, to uphold its international commitments.”

Blinken spoke after talks in Brussels with NATO foreign ministers.

"When we are acting together, we are much stronger and much more effective than if any single one of us is doing it alone,” Blinken said. He noted that alone the U.S. accounts for about 25% of global GDP, but up to 60% with its allies in Europe and Asia. "That’s a lot harder for Beijing to ignore,” he said.

On Monday, the U.S., EU, Britain and Canada imposed asset freezes and travel bans on a group of officials in Xinjiang. China retaliated by slapping sanctions on 10 Europeans, including lawmakers and academics, and four institutions.

Beijing said they had damaged China’s interests and "maliciously spread lies and disinformation.” Initially, China denied the existence of camps for detaining Uyghur Muslims in Xinjiang but has since described them as centers to provide job training and to reeducate those exposed to radical terrorist thinking.

Officials deny all charges of human rights abuses there. NATO Secretary-General Jens Stoltenberg said the military alliance does not "regard China as an adversary, but of course the rise of China has direct consequences for our security.”

He noted the size of China’s economy and its heavy investment in military equipment, including nuclear-capable missiles. "More importantly, China is a country that doesn’t share our values.

We see that in the way they deal with democratic protests in Hong Kong, how they suppress minorities in their own country, the Uyghurs, and also how they actually try to undermine the international rules-based order,” Stoltenberg said.