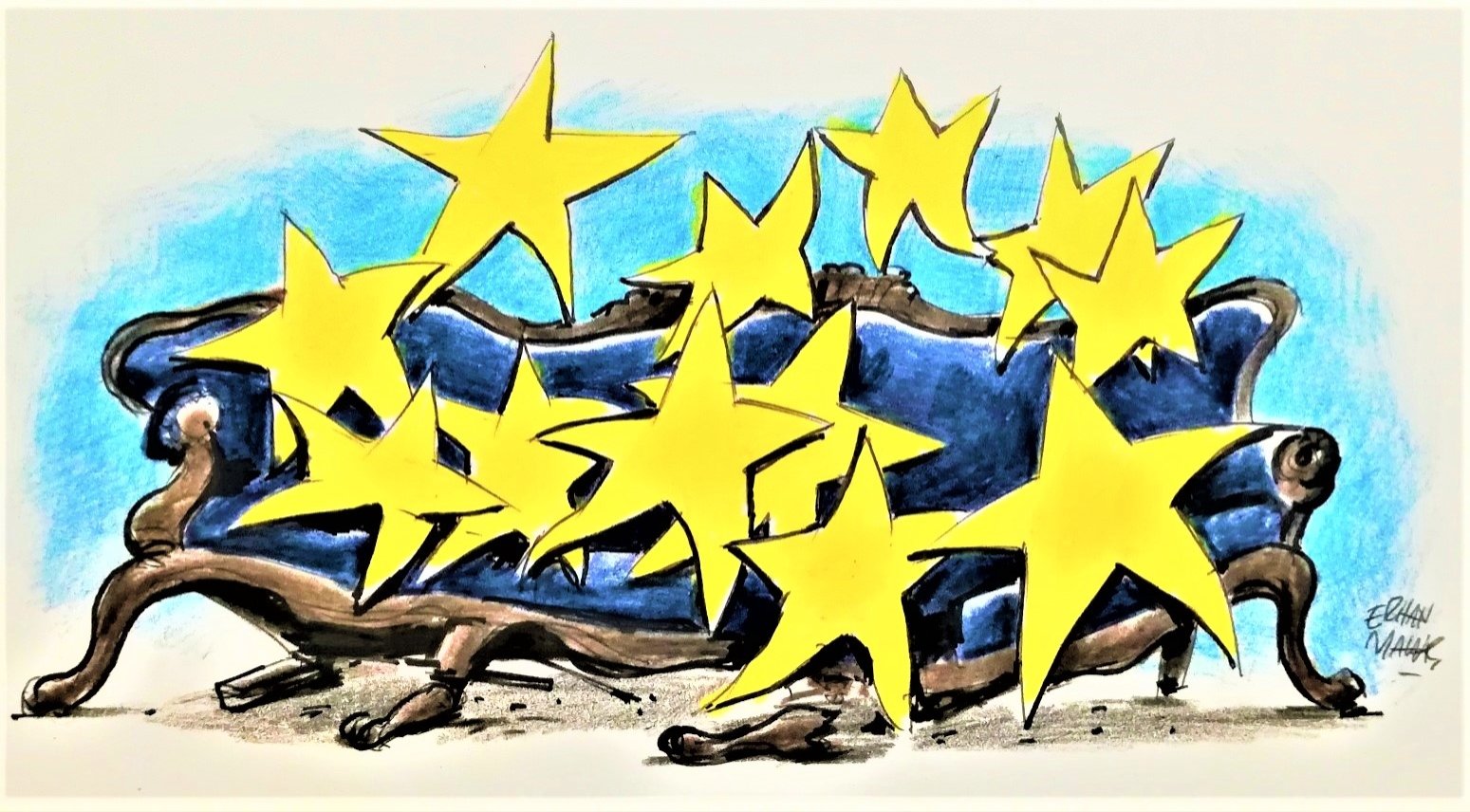 The harmony within the European Union dynamics has been deteriorating for a while. The damage caused by the 2008 global financial crisis to the bloc's economy and the mismanagement of the process, Germany's brutal attitude, the ineptitude of European Commission Eurocrats and the recently COVID-19 pandemic's fallout have all made the situation for the EU worse.

The United Kingdom’s Brexit is another factor that indicates there are substantial discordance and problems the EU is yet to recognize.

In addition, there seems to be a power contention at home in the bloc. The "Sofa Gate" protocol crisis between European Council President Charles Michel and European Commission President Ursula von der Leyen during their recent visit to the capital Ankara has proved it.

Apparently, the EU is struggling to sustain “positive harmony” within itself. In particular, during the pandemic period, reportedly there have been cases of seizures of relevant material and vaccines sent by European states to each other. That development indicates a certain challenge to the consensus and cooperation in the bloc.

At this point, let’s recall the dilemma highlighted by Bernd Lucke, a former member of the European Parliament, former president of the right-wing Alternative for Germany (AfD) and economics professor, who applied to the German Constitutional Court.

Lucke, who has far-right political tendencies, filed a lawsuit claiming that the EU Recovery Fund, which was created to recover the economic damage caused by the pandemic, means the development of a new financial instrument completely contrary to the EU treaties.

In other words, the future of the fund is now dependent on the decision of the German Constitutional Court due to the lawsuit filed by Lucke and 2,280 German citizens.

If the German court accepts the case with a decision to be made within a few weeks, it would normally take a year or longer for Germany to approve its own resources decision.

This might imply a "cold shower" for the Central and Eastern European states.

As an economist, Lucke explicitly lists his concerns that the member countries will borrow the money needed for the fund from the market and give authority to the European Commission, paving the way for a permanent financial unity and turning the EU into a "debt union."

Regarding this, Lucke proposes an alternative model in which each member state will borrow from the markets individually.

Moreover, the current developments have impoverished central Italy even faster when compared to the other regions of Europe and have caused a decrease in population growth. Such crises raise questions about the future of Italy, which is already discussing "separation" from the bloc and the EU.

It is now incumbent on Brussels to provide rapid and efficient solutions to protect the prosperity of the bloc.

The Atlantic alliance's leading countries are likely to accelerate the agendas for climate change and a "green future" by managing to reduce the pandemic impacts thanks to vaccinations.

Of course, such issues have the purpose of “leaving a better world for future generations.” However, it also simultaneously implies stalemating China and Russia over environmental concerns like carbon emissions and corners the two countries in climate-related topics.

There is also the aspect of deceleration of increasing power of developing countries in the global economic structure. At this point, potential cooperation between the U.S. and the U.K. becomes discernible.

Imagine what would happen if the measures to reduce carbon emissions in middle- or lower-income countries were tightened, while those, who are responsible for the carbon crisis – the richest 1% or, in a wider aspect, the richest 10% of the world – were free from such tight measures.

The answer is plain and simple: The world would face a global injustice in living standards. That would be another major problem besides our contemporary "global poverty" crisis.

Therefore, while international institutions continue to set future carbon emission limits for sectors and production areas, we need to build a "zero-carbon society" where the richest 10% take various efficient measurements against carbon emissions and the sacrifice of the poor remains relatively low.

Otherwise, the world will greatly suffer from climate change as its citizens suffer from increased injustice.