The impact of RCEP on Turkey-EU ties 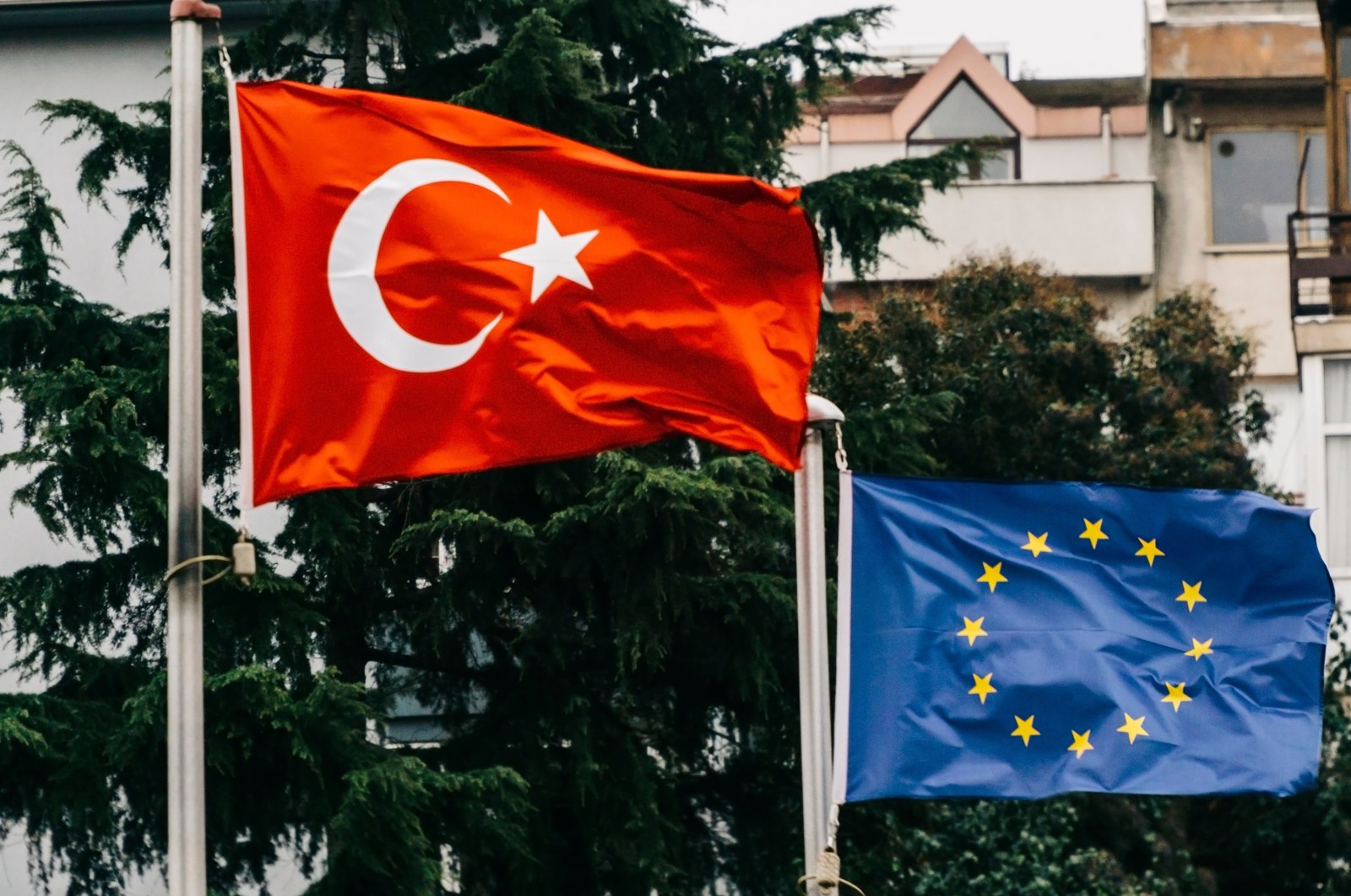 The flags of Turkey and the European Union wave in front of a building in the Etiler neighborhood of Beşiktaş district, Istanbul, Turkey, March 21, 2019. (Shutterstock Photo)
by Merve Şebnem Oruç Dec 10, 2020 12:05 am
RECOMMENDED

The 10 member countries of the Association of Southeast Asian Nations (ASEAN) and five Asia-Pacific countries – China, Japan, South Korea, Australia and New Zealand – which make up 30% of the world’s population and gross domestic product (GDP), agreed on a major trade deal in mid-November.

The new pact, namely the Regional Comprehensive Economic Partnership (RCEP), is not as comprehensive as the proposed but not ratified Trans-Pacific Partnership (TPP), out of which U.S. President Donald Trump, who will leave office in January, pulled his country in 2017. However, experts note that the RCEP’s sheer size makes it more noteworthy.

At first glance, the partnership appears to be an extension of China’s influence in the region, but the new Asian multilateral trade pact, signed after eight years of negotiation, is between states with diverse values and political-economic systems and stretches from the border of Kazakhstan to the South Pacific.

Yet the RCEP can still be regarded as a China-backed alternative to the TTP that included many Asian countries but excluded China.

Since China is playing a central role in the arrangement and because it is the first regional multilateral trade pact signed by Beijing, the long-term strategic and geopolitical implications should surely be expected. After all, trade deals are never just about trade – they always come with wider political outcomes.

That is why anti-China sentiment can complicate the ratification of the deal in some national parliaments of the member states of the new pact. Will the thorny diplomatic relations between China and Japan or China and Australia make it harder? We will see about that.

The Western camp can put pressure on Australia, New Zealand, Japan and South Korea alleging that the RCEP is a threat to liberal democracies and Western values. But to be honest, the Western side of the world usually overlooks its bilateral financial and trade relations with China.

For instance, the European Union, as a whole, is China’s largest trade partner, and China has recently become the EU’s largest trading partner as well, according to the latest statistics.

As the new free trade bloc excludes the U.S. and the EU, and it will be bigger than the U.S.-Mexico-Canada Agreement and the EU, the so-called Western world is now discussing the impacts of the deal on its side of the globe.

Especially after Joe Biden won this year’s U.S. elections, some parliamentarians are wondering if the president-elect will act constructively and reunify the trans-Atlantic alliance.

According to some European parliamentarians, the agreement is a wake-up call for the West. Although Trump’s foreign policy was disruptive for Europe, which had been accustomed to embracing Washington's narrative on global issues, Trump attempted to challenge China while also leaving Europe by itself.

Will Biden face China and cooperate with Europe? That’s another question being asked by the Europeans. Biden did not talk much about his foreign policy agenda during his campaign, especially his foreign trade policy, but he did promise that he will be tough on China. Will he, for instance, reconsider entry into the TPP? We will see about that, too.

But still, it is an undeniable fact that most of the world's global activity is increasingly occurring in the East. This means more economic growth for Asia and long-expected significant geopolitical shifts are knocking at the door.

Despite the U.S. opposition, the trade and foreign direct investments of China have continued to grow every year. As I said, Trump put a lot of effort into isolating China but failed.

Today, China’s manufacturing sector is twice as big as that of the U.S. Even though the global COVID-19 pandemic spread to the world from China, it has been the first country to recover from it.

Most probably, it will be the fastest country to recover from the pandemic’s economic implications and put things back on track, too.

What is EU doing?

With all of this happening worldwide, what is the EU actually doing other than whining about China’s growing economic power and political influence and waiting for the U.S. to act in its place?

Let me tell you, these days, the EU is busy deciding whether to impose sanctions against its NATO ally, Turkey. Seeing Turkey as the “bad neighbor," some European countries insist on punishing Turkey because Ankara does not obey their rules completely.

According to them, Turkey should be stopped immediately, but the EU is “just watching” and “standing on the sidelines.” They argue that Turkey should be punished for changing the balance of power in Libya and supporting the United Nations-backed legitimate government against a self-proclaimed army of putschist Gen. Khalifa Haftar; for backing Baku against Yerevan, which attacked Azerbaijan’s internationally recognized soil, Nagorno-Karabakh; for fighting against all terrorist elements on its Syrian border to protect its national security; and for pursuing its rights in the Eastern Mediterranean.

As the EU leaders’ summit on Thursday and Friday approaches, the center-right European People’s Party (EEP) members of Greece and the Greek Cypriot administration go even further and ask the EU to consider a “total suspension of the customs union” with Turkey.

While a post-Brexit trade deal with Britain has reached a “critical stage” and the new giant trade pact in Asia has come with a number of challenges, disadvantages and risks, it is quite absurd for the EU to remain obsessed with Ankara and President Recep Tayyip Erdoğan.

It is unlikely that the anti-Turkey camp in the EU will get the support it needs from other member countries, as many of them have important investments in Turkey. Instead, there might be a decision to impose new tariffs on Turkish products following several anti-dumping probes.

Turkey is often accused of weaponizing refugees against Europe, but in fact, it is Ankara that has been frequently threatened with sanctions by its Western allies.

Only German Chancellor Angela Merkel realizes the importance of Turkey for the EU and pushes to reenergize relations for the future of the union. She emphasizes modernizing the EU-Turkey customs union and enhancing trade and economic ties with Turkey as well as cooperation on migration and other matters of common interest.

Unfortunately, a divided EU, with members that ambitiously chase their adventurous policies, cannot foresee the long-term impacts of losing Turkey while the world’s geopolitics is changing.

Erdoğan recently reiterated that Turkey is part of Europe, adding that his country will not give in to “attacks” and “double standards.” He added that there are no problems with countries or institutions that cannot be solved through politics and dialogue. But trying to beat an ally just because it protects its own rights and interests is not a solution.

The EU should see that it will keep getting weaker unless it stops isolating Turkey. It will not be difficult for Turkey to find a place in the new world order that has been formed by new global economics as it is a bridge between the continents of Europe and Asia – giving it significant geopolitical leverage that brings many alternatives. The EU will then have no excuse to accuse Turkey of choosing the other side.