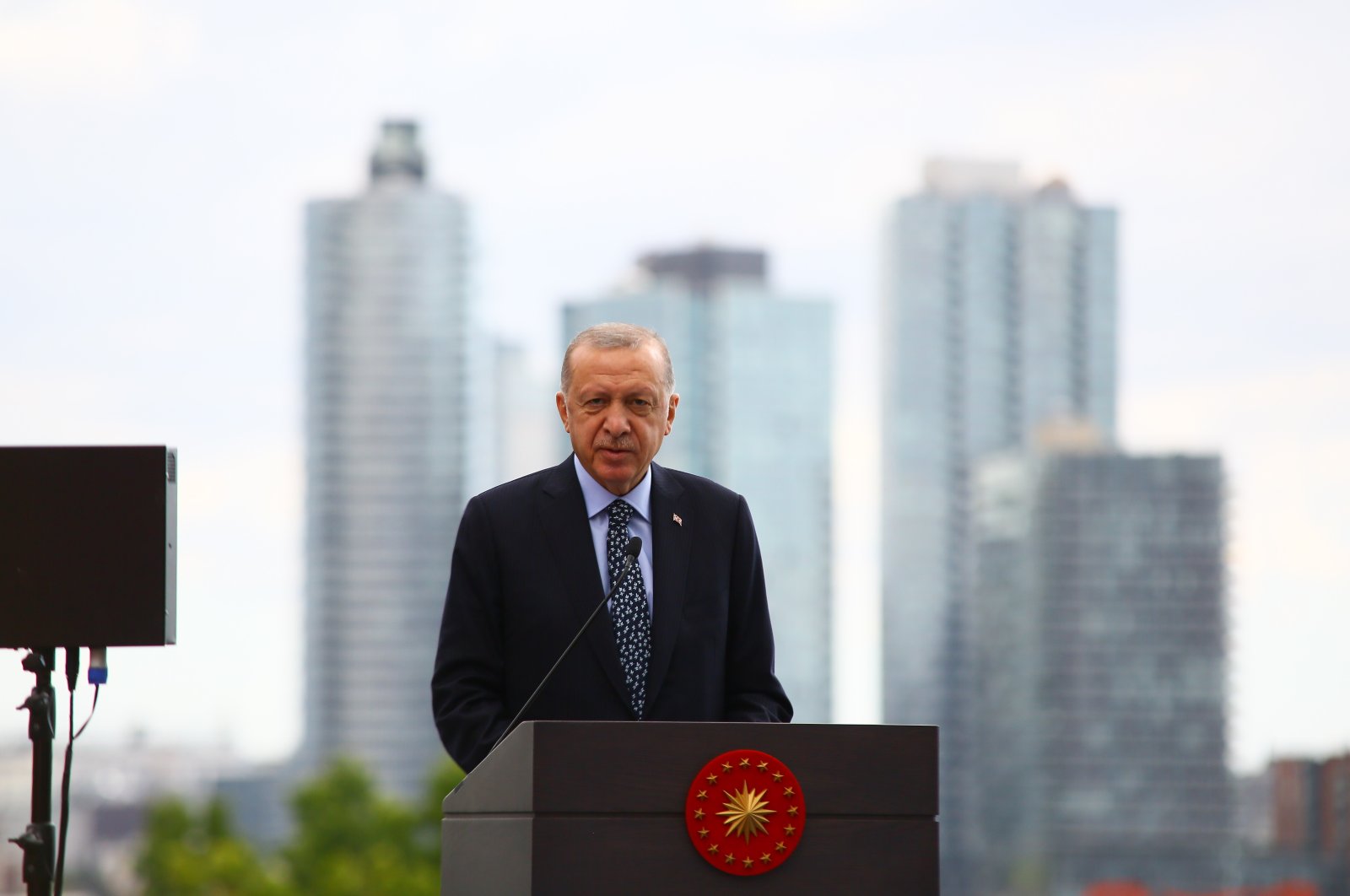 I have been covering President Recep Tayyip Erdoğan’s trip to New York, where he attended the opening of the United Nations General Assembly’s 76th session, for the past three days. The General Assembly will follow the theme “Building resilience through hope – to recover from COVID-19, rebuild sustainability, respond to the needs of the planet, respect the rights of people and revitalize the United Nations.” This year’s event is particularly important because world leaders are meeting in person amid the global pandemic. Yet, New York is notably calmer than in the past.

The Biden administration is currently dealing with the backlash over the United States withdrawal from Afghanistan. The Republicans criticize the country’s Democratic president, on whose watch 13 American soldiers were killed during the retreat.

At the same time, AUKUS, a new trilateral security pact between the U.S., the United Kingdom and Australia, caught the world’s attention. Australia’s decision to cancel a $90 billion (TL 779 billion) submarine order from France, and to buy American nuclear submarines instead, was not just a “stab in the back” – as the French called it. Obviously, AUKUS unequivocally responds to China’s military presence in the Indo-Pacific region. Yet the involvement of three English-speaking nations in that agreement conveys a critical message regarding the trans-Atlantic alliance and Washington’s renewed claim to global leadership. American allies must think long and hard about France losing the “sale of the century” as well as the exclusion of Europe and Canada from AUKUS.

Everyone expected Britain to turn to unilateralism and to seize opportunities more aggressively after Brexit. It seems, however, that the Biden administration’s “America is Back” policy is about narrowly defined national interests – as opposed to repairing trans-Atlantic ties. Add the European Union’s ongoing attempt to establish new rules of engagement with China, and it becomes possible to fully appreciate the changing nature of the global system during and after the COVID-19 pandemic. Against that backdrop, Erdoğan can be expected to talk about the global order in his address to the U.N. General Assembly.

Erdoğan’s current visit to the U.N. is distinguished by two facts. First, the Turkish president recently authored a book that calls for radically reforming of the U.N. At a time when the global system witnesses fresh competitions and realignments, Erdoğan published that book, which focuses on the U.N., to build on his country’s motto: “The world is bigger than five.” In truth, that book also shows that Turkey’s leader has not entirely given up on the U.N. system.

Another sign of the importance that Turkey attaches to the U.N. was the opening of Türkevi, or Turkish House, the country’s “largest public investment abroad.” The groundbreaking ceremony for that project, which is located across the U.N. headquarters and is notable for its original architectural style, took place in 2017. The construction of such an ambitious building for its diplomatic mission reflects the importance the U.N. holds in Turkey's eyes. Following yesterday’s opening ceremony, Turkey became the second country (after the United States) to own a permanent representation office across the U.N. Indeed, Erdoğan held most of his meetings at Turkish House.

Moreover, at Sunday’s Turkish American National Steering Committee (TASC) meeting, he stressed that the Muslim American community was welcome to use the new building. Ahead of Erdoğan’s address, which was titled “A Fairer World is Possible,” one of the participants made a concise yet striking speech: “You are the leader of a country with 83 million citizens. That is a big job. But, in my opinion, you are the leader of the entire Muslim world.”

I have repeatedly witnessed Muslims around the world utter those words – and mean it. As such, I found the views of Muslim Americans hardly surprising. Erdoğan’s willingness to take initiative regarding pressing problems, such as Islamophobia and the refugee crisis, which hurt Muslims most deeply, and his vocal criticism – and proposals – regarding the global order consolidate his image as a leader.

At the same time, let me stress the following point: Erdoğan’s call for justice is addressed to all of humanity. His emphasis on values in this chaotic universe of vested interests attests to that fact.