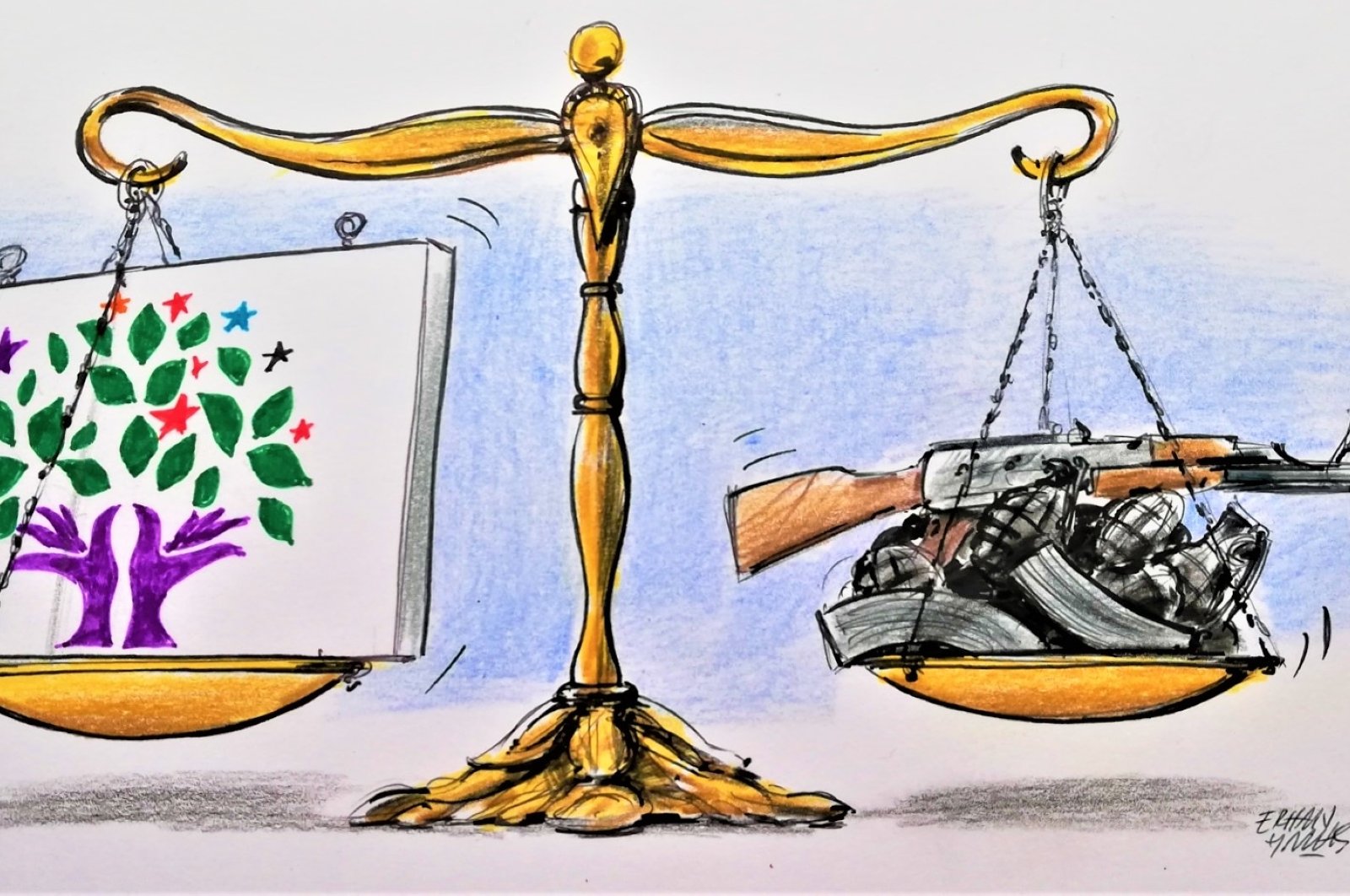 Turkey’s chief public prosecutor petitioned the Constitutional Court to shut down the Peoples’ Democratic Party (HDP). That lawsuit will be the benchmark of Turkish politics until the 2023 elections.

Observers must be prepared for a lengthy debate on that political party’s future, the HDP leadership’s strategy and where the ruling and opposition parties stand on the proceedings. Alliances and the debate on Turkey’s political system, too, will be centered around that issue.

Clearly, members of the Constitutional Court will determine the fate of the HDP. In light of the Venice Commission’s criteria and Spain’s closure of the Batasuna party, hardly anyone would be surprised if Turkey proceeds to outlaw the HDP.

Political parties are indispensable components of democratic regimes. That the HDP, like its eight predecessors, would end up being shut down or terminated was an undesirable outcome. Yet that party’s leadership did everything in its power, since the 2014 Kobani riots, to have their movement declared illegal.

The prosecution’s indictment, too, mainly asserts that the HDP “insisted on following in the footsteps of separatist parties that were shut down in the past.” Having failed to distance itself from the PKK terrorist organization, the HDP pushed the limits of democratic patience until the end.

Political parties, which engage in identity politics with an emphasis on religion or ethnicity, present the ultimate challenge to democracy. Turkey, too, encountered very serious challenges in this regard.

After the 1980 coup, the Kemalist guardianship regime outlawed the Welfare Party (RP) and the Virtue Party (FP) despite their complete lack of ties to violence.

The conservatives who respected the limits of democratic politics reinvented themselves to penetrate the political mainstream.

From 2002 on, the Justice and Development Party (AK Party) undermined the restrictive guardianship regime and addressed the conservatives’ demands regarding the headscarf and religious instruction.

In contrast, the HDP and its predecessors made no effort to distance themselves from terrorism.

Despite participating in democratic politics since the 1990s, and repeatedly experiencing bans on their political parties, they refused to change.

Their approach, which glorifies the creative nature of violence, remains unaltered despite the AK Party’s commitment to meet the Kurdish community’s identity-related demands. That’s why the prospect of the HDP’s closure cannot be reduced to “a return to the 1990s.”

The problem has reached a whole new level now that Turkey has two failed peace processes under its belt. We ended up here due to the PKK and HDP’s betrayal of those initiatives (through the Kobani riots and the digging of "trenches") and their unchanging policy.

The HDP leadership committed the ultimate sin by serving the interests of PKK terrorists through party politics, even though the guardianship regime, which completely ignored the Kurds, has been eliminated.

It is possible that the totalitarian nature of the KCK/PKK, with its Marxist-Leninist organization, prevented the HDP from distancing itself from terrorism.

Perhaps senior members of the HDP engaged in politics, voluntarily or otherwise, in the PKK’s shadow and to the extent that they were permitted by the terrorists.

For the record, no opposition party – not even the main opposition Republican People’s Party (CHP) – exerted the kind of democratic pressure on the HDP that was necessary to demarginalize that movement.

At the end of the day, the HDP wasted every single opportunity and failed the test of democracy.

The prosecution wants to ban 685 members of the HDP for five years to prevent the formation of a similar political party. It is absolutely necessary to liberate Kurdish politics from the tutelage of that totalitarian and violent organization.

In a democratic system, one cannot engage in politics with support from the mountains. Those who wish to engage in Kurdish identity politics, however, must be free to do so.